Alba: A Wildlife Adventure carries forth the theme of careful, loving rejuvenation found in developer Ustwo’s gorgeous Assemble with Care. Where that earlier title saw you restoring a selection of characterful objects to their former glory, Alba takes you to a cosy Mediterranean island that’s simply crying out for some TLC.

For Alba, this isn’t just any island; Pinar del Mar is where her grandparents call home. Soon after she arrives for her annual summer stay, her grandfather gifts her a wildlife guide and she spots a beached dolphin tangled up in rubbish. This ultimately sets her on a path to becoming a pint-sized activist, who, alongside “bestest friend” Inés, ventures out to save critters in need and investigate the development of an unwanted luxury hotel.

While there is an overarching plot here, Alba never loses sight of what makes it special – simply existing in its world. How you explore the island’s town, farms, and beaches feels quite different to most other open-world games in recent memory. This isn’t a space designed to pad things out or provide downtime between main objectives; it’s one to sit in, listen to, and watch.

In fact, I don’t recall ever being quite as aware of the creatures around me as I was in Alba. The chirping of birds and scratching of squirrels combines with the rolling waves and gentle breeze to create an enveloping soundscape that realigns your focus to the here and now, not just the journey ahead. 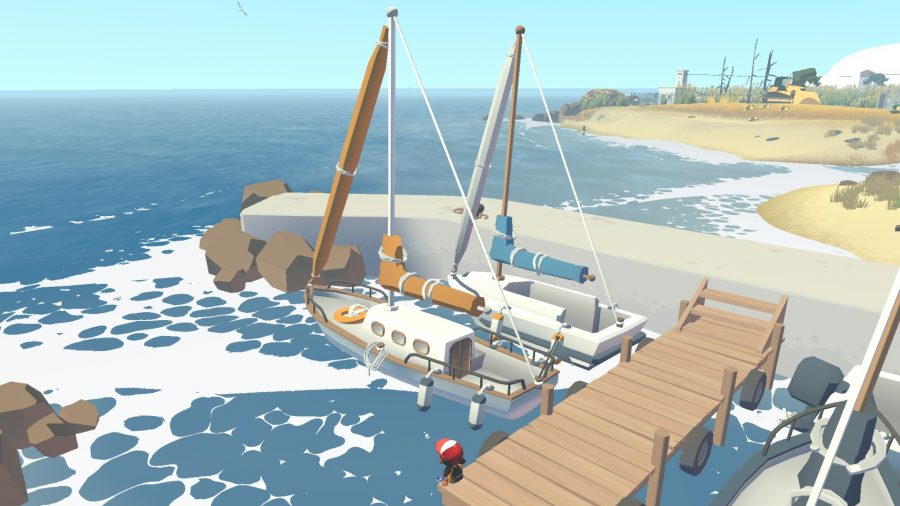 You’re encouraged at every turn to pause and take in those sights thanks to the in-game camera, which you’ll use to catalogue local wildlife and drum up support for a community petition to halt the hotel’s construction.

The game boasts such warmth and affection for its people, setting, and bountiful wildlife that it becomes impossible not to care

As such, you’re given a checklist of objectives to complete over the course of your week-long stay, but you’re never just performing actions for the sake of it: Alba and Inés’ curiosity and love for nature is contagious.

Whether you’re restoring life to the burned-down reserve or hot on the trail of a chicken thief, there’s an overriding sense that you’re doing important work. Admittedly, your efforts have a tendency to pay off all too neatly, such as with the immediate return of a rare species to the island. But for younger players especially, this is the sort of experience that could light a life-long passion. 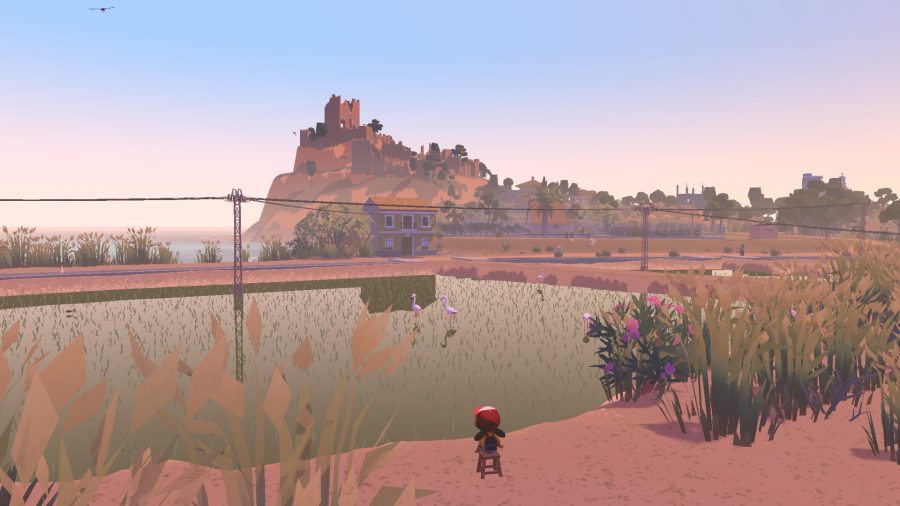 The game boasts such warmth and affection for its people, setting, and bountiful wildlife that it becomes impossible not to care about otherwise minor concerns, like the littering problem or a broken sign. The attention to detail in both Pinar del Mar’s history, such as its old fort, and tourist trappings (read: flamingo boats) feels authentic, as though we’re seeing something familiar and beloved to its creators, even if not necessarily to ourselves.

Additional props must go to the animation work here, with Alba’s playful skipping and excited nodding helping to create an endearing lead character. It’s also only a few short hours long, which feels perfectly calibrated to match the simple yarn being told.

Alba: A Wildlife Adventure is perhaps Ustwo’s most ambitious release to date, but despite the sizeable cast and move to a fully 3D world, the team has retained the heart of its earlier work while delivering a deftly-handled message of conservation and rejuvenation.

Alba: A Wildlife Adventure tells a joyful tale with a deftly-handled message of conservation and rejuvenation