Player-driven MMO Albion Online has been delighting players on PC for some years now, and with the epic MMORPG now available on mobile, there’s never been a better time to start your adventure. If you’ve already got stuck into Albion Online, you’ll be delighted to learn that developer Sandbox Interactive is about to roll out a massive content update, which reworks the game’s many biomes, transforming the open world.

Set to drop on November 24, the Lands Awakened update will bring some much-requested changes to the game world. The first and most obvious change the new update will bring is to the game’s visuals. Sandbox’s environment artists have been working hard to improve the visual quality and diversity of the game’s biomes, and from what we’ve seen so far, the results look to be stunning.

The game has five biomes ranging from verdant forests to barren deserts and snow-topped mountains, each with three variations depending on how dangerous the area is. Sandbox has been working to make each area feel more distinct, adding additional visual details to bring them to life.

Furthermore, Sandbox has looked to improve the environment design of each biome by making the areas within them feel more distinct. In the forest biome’s safe zone, players will find bright colours and lush flora, while moving into the danger zone, the environment design will grow wilder and more overgrown, with the large and oppressive trees bearing down on the player. 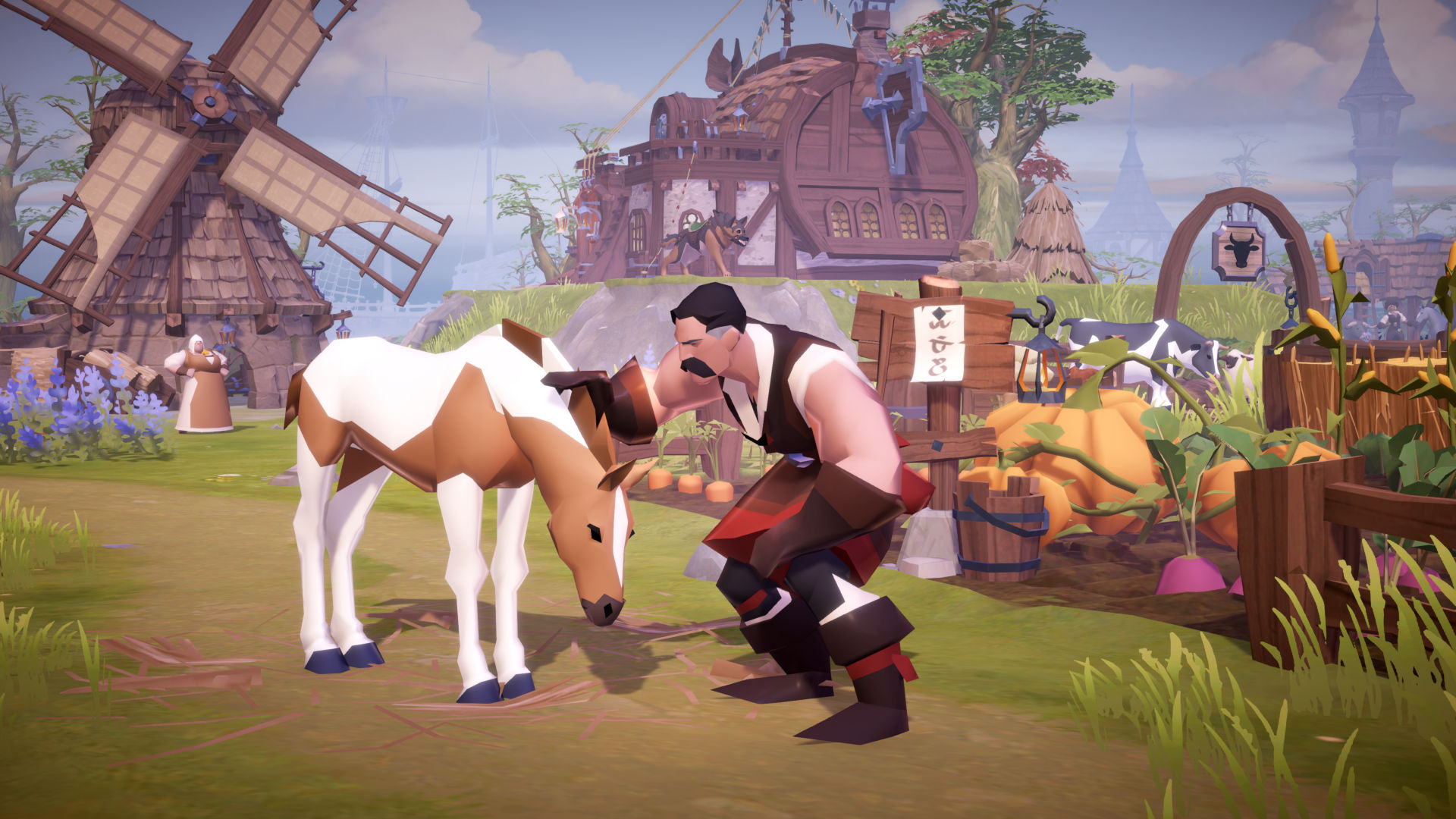 This environmental diversity reaches every aspect of the game’s open world. Explore the marshy swamplands biome and you’ll notice the environments grow more foggy and ominous as you move into higher-level areas. The sandy steppes biome first appears to be a tropical paradise, but explore further into the higher tier zones and you will find dangerous red sands littered with animal bones. Life and death exist side-by-side here, and Albion’s world tells that story in gorgeous detail. 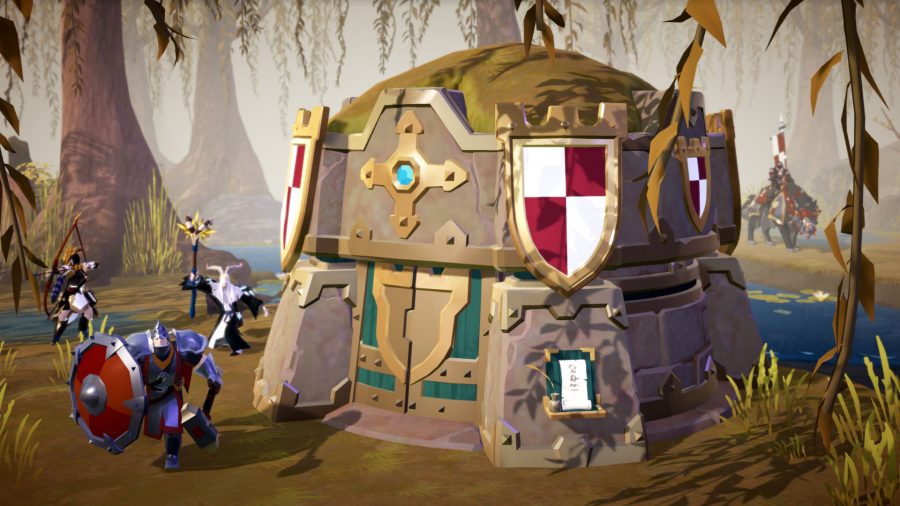 It’s not just the look of Albion’s world that has been improved. Sandbox’s game and level designers have also been reworking the layout of Albion’s maps to make PvE and PvP gameplay feel better. The team have been particularly focused on addressing the maps built during the beta period that feel cluttered in comparison to the newer areas.

The designers took into consideration the many different playstyles available in Albion and reworked the game’s maps to include points of tactical advantage to players who favour ganking, gathering, small-scale, and other styles. Each map has been revamped to include strategic choke points and a balance of wider and narrower areas, all in keeping with the look and feel of the biome.

Each biome will require different tactics based on the landscape. Mountainous regions of course feature plenty of vertical terrain, while the swamps are flat but broken up by bodies of water. The steppes feature wide-open plains with few places to hide, whereas forest areas offer a mix of rivers, lakes, and hills to navigate. These more complex environments introduce a new layer of strategy to Albion’s combat, making for a richer experience that rewards players that learn the nuances of each location. 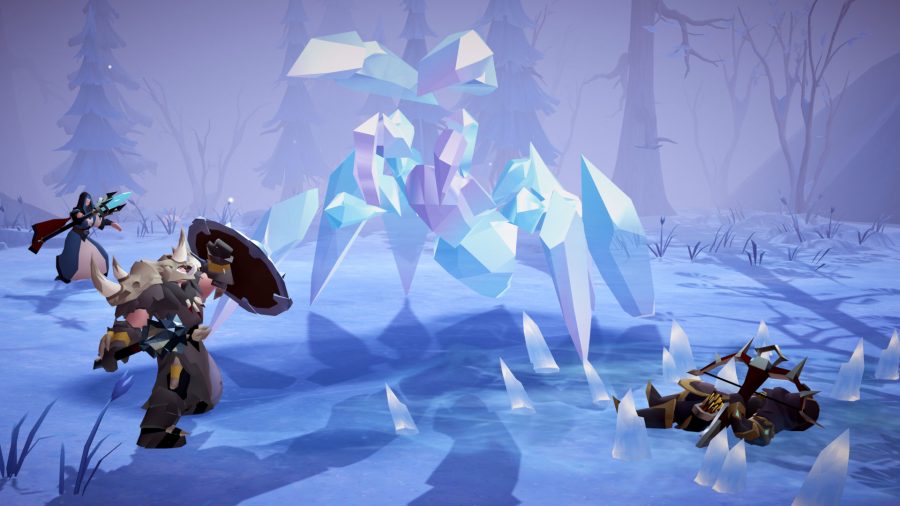 While exploring Albion, you’ll often encounter devious mobs that spawn at random in each area, and will challenge you and your teammates in combat. Defeating them can yield some tasty loot, but if you’re looking to challenge yourself, you might want to hold off on wiping out a mob as soon as you spot it. Mobs will now level up over time, and if left unchallenged, will grow to super-powered ‘champion’ status. And with more powerful enemies comes rarer and more valuable loot. With these new mobs, players will be rewarded for getting out of their comfort zone and exploring new regions. To help players gauge where the most valuable mobs are, a new world map view will be added, giving an overlay view that shows the approximate mob value of a region.

A similar mechanic will also be introduced to dungeons. Unexplored areas will spawn more powerful mobs, so be sure to be thorough with your dungeon crawling. New entrances and exits will also be added to dungeons, making it more difficult for players to camp in dungeon entrances and adding escape routes for when the going gets tough. 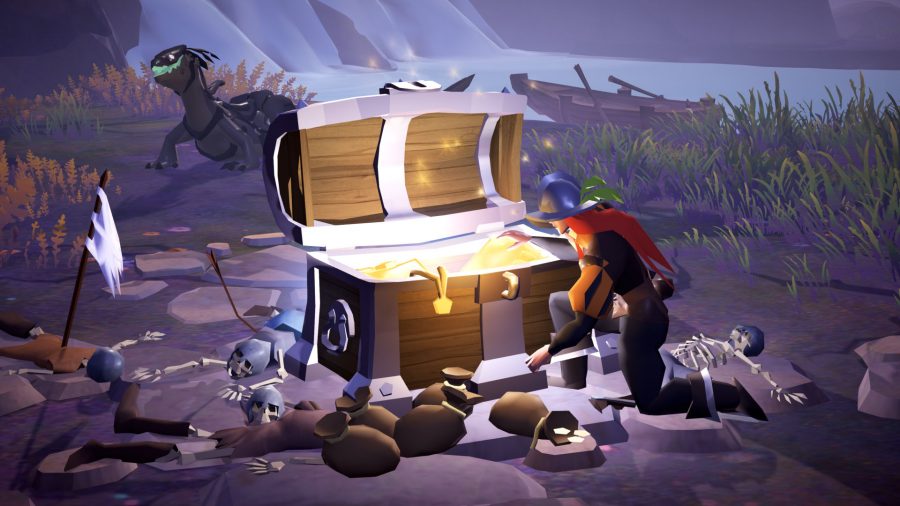 Last but not least, Sandbox is bringing some significant tweaks to how treasure sites work. Currently, treasures only spawn in fixed locations at fixed intervals. This often leads to powerful groups of players dominating the treasure site, so to give other players a fairer chance, treasures can now appear anywhere in the open world. New treasures will give a limited warning time before they become lootable, and will only show on the map to players already in the vicinity, meaning that more players will get the chance to score some top-tier loot.

All of these improvements will serve to make combat, navigation, and rewards flow together seamlessly while enhancing the look and feel of the game. The Lands Awakened update is coming on November 24, but you should jump into Albion Online today to get a headstart on levelling up and kitting out your character. Grab Albion Online right now from your mobile store of choice!