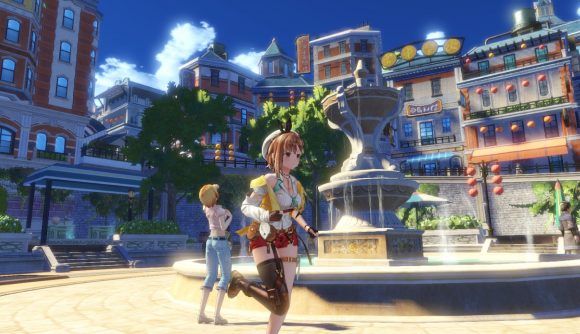 February 18, 2021:  Our Atelier Ryza 2: Lost Legends & the Secret Fairy giveaway has now ended. The winners have been informed. Thanks for entering!

The alchemy-based JPRG, Atelier Ryza 2: Lost Legends & the Secret Fairy recently launched on Nintendo Switch, and it’s already received a pretty positive reception. In our own Atelier Ryza 2 review we called it: “An adorable JRPG with fun characters and an in-depth alchemy system”. What’s not to love?

Crafting is a key component of JRPGs, after all, and Atelier Ryza 2 focuses on creating a well-tutorialised alchemy system that is both deep and rewarding. As Reisalin Stout – or Ryza for short – you explore ancient ruins, fighting monsters in the hopes of gaining ingredients for your continued experiments. But when a mysterious creature finds its way into Ryza’s care, she becomes embroiled in a new adventure.

This week we’ve partnered with Koei Tecmo to run an Atelier Ryza 2 giveaway for the Nintendo Switch. If delving ruins in the hunt for ingredients or painstakingly unlocking the secrets of alchemy sounds like a good time, be sure to enter further down the page!

To enter the giveaway all you need to do is fill out the box below, but please do be aware that this giveaway is for EU Switch codes of Atelier Ryza 2. If you do enter, please also have a browse of our terms and conditions.

We’ll inform the winners next Thursday. If you can’t wait to play Atelier Ryza 2, however, you can it on the Nintendo eShop. Good luck!