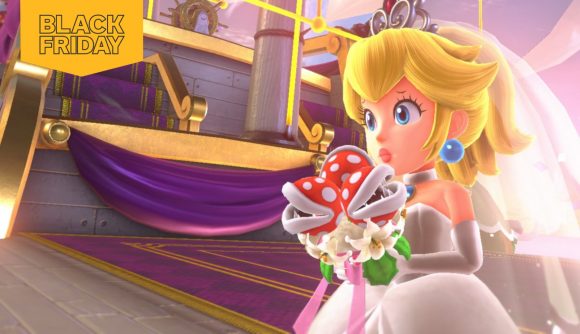 The Legend of Zelda: Breath of the Wild and Super Mario Odyssey are two of the best games on Nintendo Switch. Funnily enough, they also have a lot in common: Mario and Link both find themselves in worlds much bigger than those they’d been in before, and both games have a heavy focus on exploration of these fantastic new lands. They’re both modern classics and if you don’t yet have them in your Switch collection, the good news is that you can get them both in a bundle for 41% off on Amazon for Black Friday – that’s practically buy one, get one free.

Nintendo fans can have it rough sometimes. Sure, the Switch has an extensive library of fantastic games, but unfortunately Nintendo is often much more reluctant than other companies to reduce its prices, not least because, well, it doesn’t really need to.. Usually, even four-year-old Switch games sell for the same price as they were at launch, so Black Friday is a good opportunity to stock up on Switch titles that aren’t otherwise often reduced.

Breath of the Wild and Super Mario Odyssey are huge games, with potentially hundreds of hours of gameplay between them. Many would argue that these are the best modern games in their respective series, so if you’re doing Christmas shopping for a new Nintendo Switch owner, this bundle is sure to make them very happy.

Already got one, or both, of these games? Well, there are plenty of other Switch games currently on offer. Here’s a selection of some of the best Switch discounts on Amazon.

It is unclear how long any of these discounts are going to run for, but with it being Black Friday, it is quite likely that it will only be a short time, so if you want to grab any of these bargains, make sure you act quickly. Want to see more deals? Check out our Black Friday Switch deals guide.