Blade & Soul: Revolution is a mobile MMORPG inspired by the PC-exclusive game of the same name. When you first start up Revolution, you’re able to choose between four different races, each with two possible classes to pick from. The customisation options on offer are fairly limited, with only a few different haircuts, face shapes, and body types available.

Revolution’s story is surprisingly dark, quickly taking you from a happy student at the Hongmoon School surrounded by friends to the lone survivor of a grisly attack. From there, you’re tasked with seeking vengeance while exploring the world and completing quests along the way.

I had the chance to play a pre-release build of Blade & Soul: Revolution, meaning I was unable to try out the game’s online aspects. My review will reflect the experience from a single-player perspective.

I spent my time with Revolution as a Lyn summoner called Roderick. The Lyn are a short, adorable race with fluffy ears and tails. Naturally, I went with the summoner class, as they get a bipedal cat familiar to fight alongside them, and I find it incredibly difficult to resist taking a cute buddy along on my adventures. 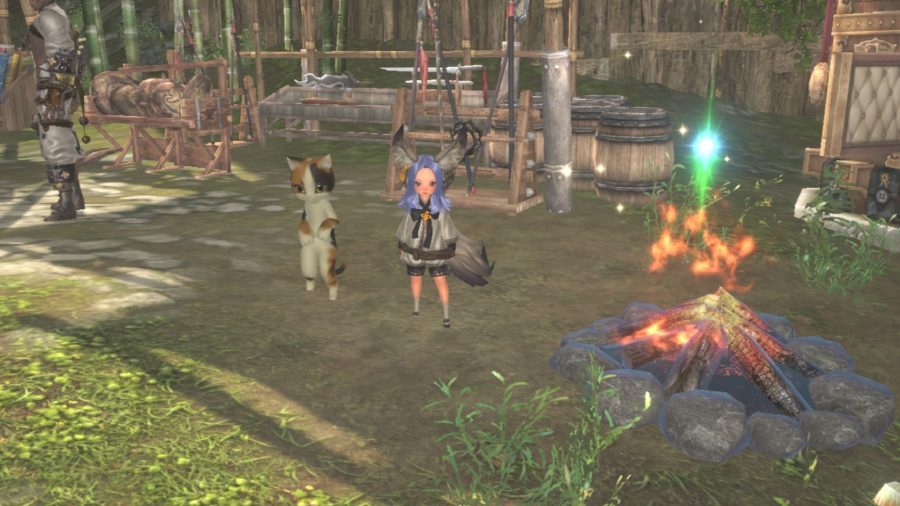 The first thing you’ll likely notice while playing is how cluttered the UI is. The top of the screen is taken up by your health bar, map, DPS chart, options bar, and active quests. The bottom right and middle house the in-game chat and your skills, leaving you with a pretty small space in the centre for actual gameplay.

The overcrowded screen makes it difficult to move the camera in a convenient way, which leads to some awkward hand positioning while you traverse the world. Not long into the game, you’re able to simply press a button that allows you to auto-complete quests, meaning you don’t need to worry too much about the camera in the long run, as the game soon offers to do everything for you. 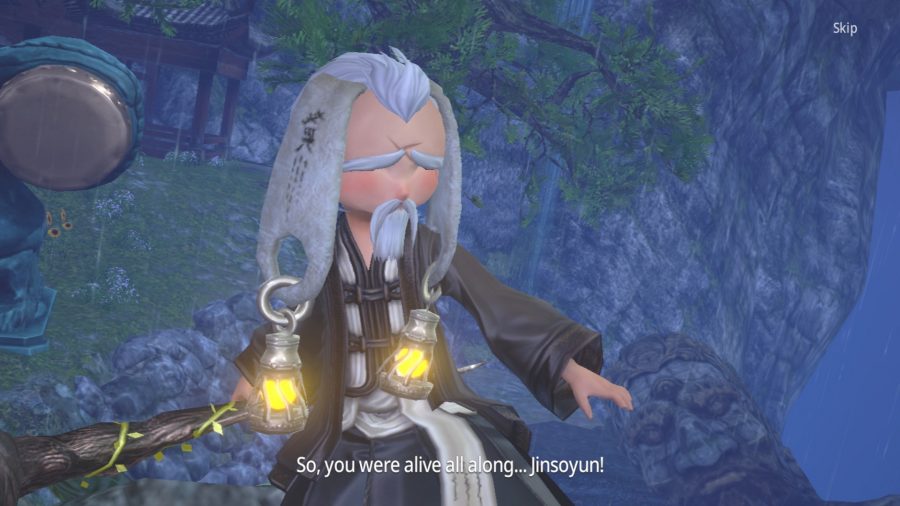 Although the auto-complete option helps with the camera issues, it hinders the gameplay in other ways. The combat and storytelling become a lot less engaging when the game plays itself. I wasn’t expecting Blade & Soul: Revolution to have idle mechanics, and they make it feel like a more casual experience than the MMORPGs I typically enjoy.

I appreciate a bit of flavour from my NPCs, and the lack of distinct designs leads to some confusion

As you automatically traverse the map, you’ll pass many NPCs that look similar to one another. I appreciate a bit of flavour from my non-playable characters, and the lack of distinct designs leads to some confusion over whether you’ve spoken to a generic person more than once. Luckily, this wasn’t too much of an issue with the monsters, as the large variety of cute and scary creatures spice up the gameplay considerably.

Strangely, the one monster that most stood out to me was the training dummy. These dummies pop up fairly frequently at the start of the game, and if you’ve ever played Tekken, you’ll recognise them as an almost exact copy of Mokujin, the possessed wooden fighter. After noticing these similarities, I was left wondering whether it takes inspiration from other games and characters that I don’t recognise. 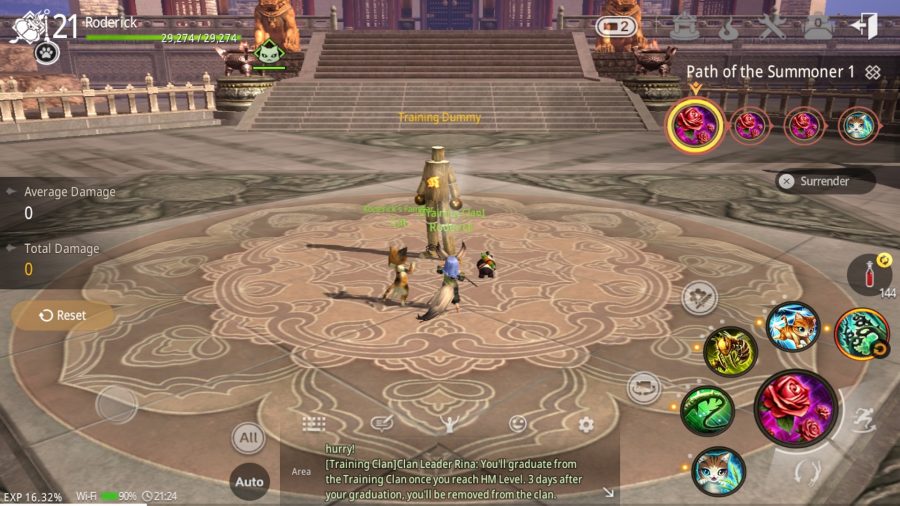 Although I have my qualms about Blade & Soul: Revolution, I started to enjoy it a lot more once I treated it as a casual MMORPG. I sent Roderick off on quests all by herself and would check back occasionally to see how she was doing. Over time, I earned neat rewards, like an adorable little panda to help out during combat. As a sucker for cute animals, I could feel myself getting sucked in by the thought of collecting even more delightful creatures.

I will continue playing after release to try out the multiplayer aspects and obtain more pets. However, Blade & Soul: Revolution’s idle mechanics make the game hard to commit to for a prolonged period of time.

Blade & Soul: Revolution has the potential to be great, but it’s hard to remain engaged in the gameplay and storytelling due to its idle mechanics.