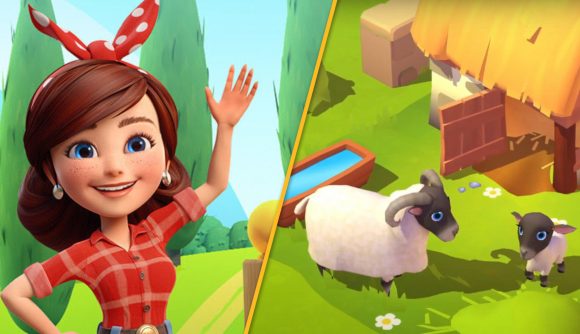 In November 2021, in the West, we could all embrace our inner farmers, and now, thanks to FarmVille 3’s Japan release, so can an Eastern audience. It’s likely been a long wait for Japanese players, but now it’s time to go home to the chickens and the cows and live your best farm life.

Undoubtedly, Zynga is hoping that FarmVille 3’s Japan release is going to be as successful as its global launch, as Western players were eager to dive in as the simulation title hit mobile devices last year. It allows you to build your own farm, on which you grow crops and raise a herd of lovely animals. In fact, there are more than 150 types of creatures for you to look after.

“With millions of global downloads since its worldwide launch, FarmVille 3 will delight new players in Japan with the same fun and excitement that fans around the world have come to enjoy,” Zynga president of publishing Bernard Kim says. “We’re excited to welcome a new global audience to experience raising lovable animals in their own farm in one of Zynga’s most iconic franchises.”

What is the FarmVille 3 Japan release date?

It’s already here, so if you’re in the region and keen to give the game a try, you can do so if you visit Google Play or the App Store.

We have some handy to help you if you’re new at this, so don’t hesitate to check out our FarmVille 3 animals and Farmville 3 codes guides. We also have a list of the best games like Stardew Valley if you want some similar games to play.