What is Finger on the App? The game has quite a simple premise, really – touch your phone longer than anyone else. That becomes a lot harder when you factor in all the other competition. Finger on the App is interesting since it’s a one time game. So you get one shot to win the grand prize and walk away victorious. But popular philanthropist YouTuber Mr Beast has now announced Finger on the App 2, developed by Beast Interactive Games, with an even bigger prize pool.

As opposed to last time, you can now buy lives, but also earn them in a new battle mode before the main game begins. So here we’re going to give you some tips to make the most of the competition – whether it’s staying healthy during, or in playing the game itself. Because after the first one lasted for 70 hours, it’s likely this one will prove lengthy too.

Though the prize is likely to go those that buy loads of lives, everyone still has a limit of three when it actually comes down to playing the game.

What is finger on the app 2?

Finger on the App 2 isn’t your typical mobile game, but is instead a  massive multiplayer experience available in the U.S, Canada, and Mexico. As opposed to last time, players can use both Android and iOS devices. The aim of the game is to touch the screen for as long as possible, and the last one touching wins the grand prize.

Finger on the App 2 release date

Finger on the App 2 starts on March 20, 2021. Just make sure to have the app open and that you’re ready to go by that time if you want to play.

Finger on the App 2 prize

As opposed to the $25,000 prize for the first game, Mr Beast has increased the amount to $100,000. The contest is also sponsored by the multiplayer game, Lords Mobile: Kingdom Wars. Last time the prize was supposed to be decided by a player poll – until Mr Beast just gave a prize to the final four players. But it seems like that poll has been removed this time around. 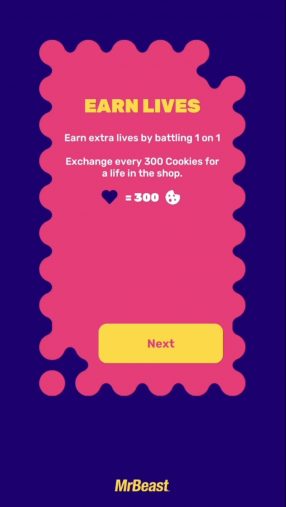 You can download Finger on the App 2 on the App Store, or for Android on Mr Beast’s app website.

finger on the app 2 extra lives

The amount of lives you have is important when playing, so here’s what you can do to get your hands on some extras:

Finger on the App 2 cheaters

Cheating was a concern in the original Finger on the App, but at numerous points in the 70 hour competition Mr Beast and MSCHF added in surprise changes to the touching pattern which threw off any bots that were playing. In the end, no bots won the competition. 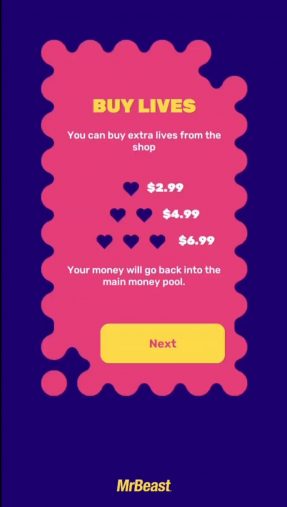 how to play finger on the app 2

The aim of the game is simple: touch the screen for as long as possible – but there are some other aspects that are important to remember. Here’s what you need to know:

Finger on the App 2 tips and tricks

With no time limit on the game, if you want to get far, and maybe even win, you’re going to have to take some real-life things into consideration. It’s important to stay healthy and hydrated during, though sleep might be somewhat impossible. Here are some tips to stay on your game:

Finger on the App winner

After 70 hours of play, and over 1.3 million players, Finger on the App concluded. A number of people won different amounts of money, with Mr Beast bribing some to leave the game for $10,000, and in the end he stopped the game and gave all four remaining players $20,000.

The 70 hours were also filled with plenty of other hilarious happenings – whether it was MrBeast calling contestants to try and catch them out, or the evil yet hilarious people who tricked streamers into calling up Siri on their phones – be warned of swears in the video.

Here is a montage of people losing the finger on the app challenge because of Siri 😅 pic.twitter.com/LzEDdASs0D

If you want similar games to play while waiting for Finger on the App 2, check out our list of the best mobile puzzle games!