Forza Street is out right now on mobile | Pocket Tactics

May 5, 2020 We originally ran this story when Microsoft announced the Forza Street release date back in April, but have updated it with new information now that the game is out.

Forza is out right now on mobile in a brand new exclusive entry, Forza Street. Microsoft announced the release date during an Inside Xbox broadcast back in April. It’s available across iOS and Android right now via the App Store or Google Play respectively.

As the name suggests, this mobile entry in the series is a street racer, allowing you to collect your favourite cars and race them in a wide variety of events. There are muscle, sports, and classic supercars up for grabs, and you can fine-tune all of them in your very own garage to ensure that they’re in peak racing condition.

Though it may look as good visually as it does on Xbox or PC, Forza Street has been designed from the ground-up for mobile. So you can expect streamlined touch controls and events that favour short bursts of gameplay. That’s not to say that there isn’t lengthier content on offer though, as it does feature a single-player campaign with a story and everything. No matter how long you want to play, it’s catered for here.

The best part is, you can transfer your progress between iOS, Android, and Windows 10 devices by signing into your Xbox account. That way you can play on the comfort of your PC at home then pick up where you left off on your phone while out and about. 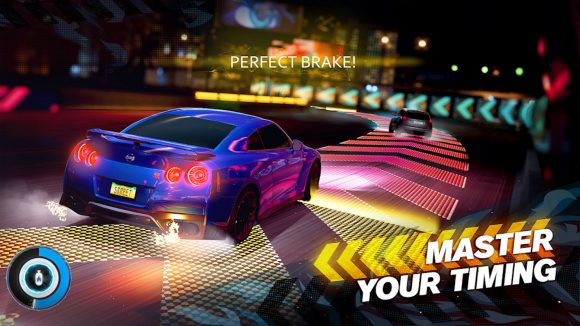 Forza Street is out right now on iOS and Android, via Google Play or the App Store. Those who download the racing game between May 5 and June 5 will grab the Ford GT as a welcome gift.