Looking for a guide on how to play Gacha Club? Once you’ve completed the Gacha Club download, chances are you’ll have lots of questions you want answered as this gacha game can be a bit confusing. As such, we’d recommend doing some studying up beforehand so you can load into it well prepared.

Gacha Club is partly about fashion. You create a host of chibi-style anime characters and dress them while deciding what their hairstyle should be and what weapons they’ll pose with. Once that’s done, you can enter a studio and add backgrounds and pets until you’ve got your ideal shot. Gacha Club is also about combat, too. There are more than 180 units you can send into battle and there are four different modes you can play, such as story mode and tower mode. You can also collect gems and gold to increase your power and take part in mini-games.

Everything you need to know about Gacha Club:

You can get the Gacha Club download on Android by heading to Google Play. The casual title came out June 30, 2020, so there’s nothing stopping you from playing it on your Android device. If you have an iOS device, you can grab a copy of Gacha Club from the App Store.

Gacha Club characters: How do I unlock them?

To get more Gacha Club characters and units you’re going to need tickets. Thankfully, you can get ten of them for leaving a review of the game. Otherwise, you’ll need to put up the gold you’ve earnt for a chance at getting more tickets. To spend them, simply go to the gacha tab in the main menu. 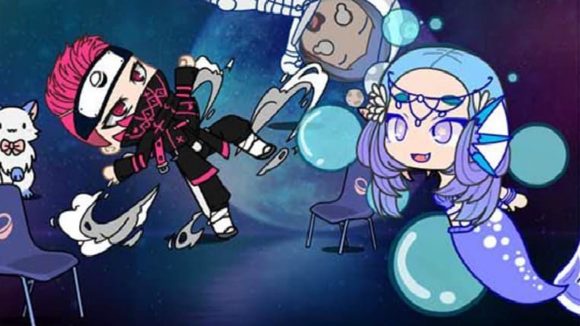 gacha club outfits: how to get them

You can get a host of Gacha Club outfits in-game for free, so you can mess around until you stumble upon the look you like. New outfits will gradually make their way into the game over time.

Lunime also holds competitions where you can submit drawings that may become available in-game if you win. The first fashion competition has already come and gone, but you can keep tabs on the next one on the developer’s website.

Gacha Club PC: Is it coming to Windows?

If you like playing mobile games on the big screen, you can play Gacha Club on PC through Itch.io.

Gacha Club Bluestacks: can I play on an emulator?

If you don’t have access to an Android phone then you can download Bluestacks and play the new mobile game on your PC. Simply head to the website and hit the download button. Once you have the application up and running, you’ll be able to open the Google Play store through it on your PC to simply look it up and download it.

Gacha Club Uptodown: is it available?

Gacha Club is also available to download on Uptodown if you’d prefer that to Google Play. The Android app won’t help you play the casual game on iOS, but it does offer a different avenue to fetch your download from on Android.

There aren’t many sites offering a Gacha Club APK right now, but, thankfully, APKPure is. So you can get a hold of it yourself by following the link.

Gacha Club has four different modes for you to play: Story, Tower, Training, and Shadows of Corruption. Fights play out in typical turn-based fashion, and competing in these modes will earn you coins and gems that you can use to buy units, pets, and other things.

If you want something more casual, you can play mini-games for a currency called Byte, which in-turn can be spent on units specifically for these mini-games.

When you’re not fighting in any of these modes, you can customise your team and even show them off when they are past level ten.

On the horizon: the best soft launch games on mobile

And there you have it, that’s how to download and play Gacha Club. We’ll keep on top of this guide to reflect any upcoming changes to the gacha game. If you are looking for some freebies, make sure you take a look at our Gacha Club codes guide.