Gacha RPGs are big business in mobile right now, with pretty much every single major IP getting in on the action. There are Star Wars, Marvel, The Lord of the Rings, Nintendo, Final Fantasy, and countless other themed entries in the genre, which basically involves spending virtual currency on a bunch of gacha pulls.

For those unaware, gachas are those machines made popular in Japan that you can pop a coin in and receive a tiny figure, or other prize, at random. That entire business model has now been gameified on mobile.

Rather than collect a bunch of physical toys, gacha RPGs provide you with countless unlockable characters from each of your pulls. A typical entry includes well over 100 heroes, which each have their own degree of rarity and power. Your goal is to create the ultimate team out of those you unlock so you can battle your way through a wide variety of content, increasing their power in the process. It’s this combination of rarity and desire to get the best heroes that keeps people hooked.

Up until this point, the gacha RPG market has lacked an entry based on one enormous IP in particular: Game of Thrones. Fortunately, that’s all just changed with Game of Thrones: Beyond the Wall, an entry that trades the turn-based Final Fantasy-style combat the genre is known for in exchange for Fire Emblem/Disgaea-style grid-based combat. Other than that though, this gacha RPG is largely business as usual (if you’d like to play the best mobile RPGs, we’ve put together that very list).

It takes place in the ruthless world of Westeros, naturally, a whole 48 years before the events of A Song of Ice and Fire. You play as the new Lord Commander of the Night’s Watch, who steps into the snow-encrusted boots when the previous, Lord Commander Brynden Rivers, mysteriously disappears beyond the wall. The plot mainly involves First Ranger Alvar Spyre, his right-hand man Dramon Blackwood, the mysterious wildling Thosa, and more entirely original characters trying to figure out what became of the previous Lord Commander.

Much like in any gacha RPG, this involves battling your way through a bunch of story chapters, which consist of largely mindless battles against identikit opponents. You begin by placing your desired heroes on the grid in predetermined spots and then initiate the battle. At this point, you can either take direct control of your units, including when they use their abilities (powerful skills that recharge every few rounds), or leave that up to the AI. Given that there’s no real challenge to any of these battles, we left it on the latter, which meant that the only actual gameplay involved is to manage your unlocked heroes. 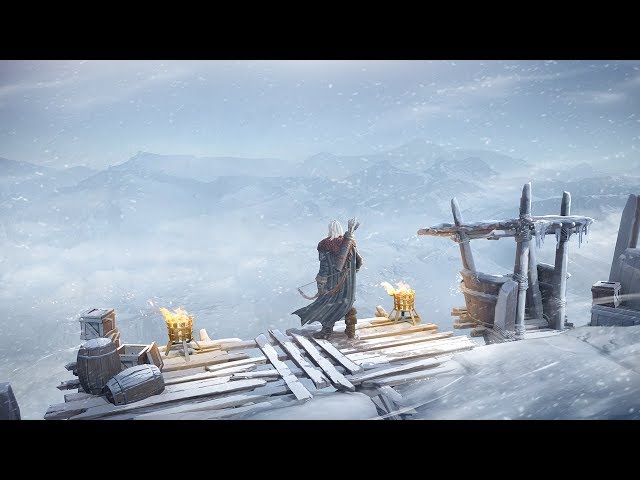 Each time you complete a story chapter, you’ll receive upgrade resources. These include XP to level up your heroes and materials that you can spend to upgrade their gear. Whenever you find yourself struggling to complete a mission, you’ll find yourself heading on over to the barracks to increase your characters’ might scores. This is a number that indicates how effective each of them will be in battle.

At this point, we should differentiate between the two different types of characters: heroes and units. Heroes consist of recognisable characters from the show, including Jon Snow, Daenerys Targaryan, and new character Alvar Spyre, while units are nameless soldiers from each of the different houses. Each of the two have their own separate upgrade resources, so you’re in no danger of mixing up the two.

You unlock the two different types of characters in largely the same way: by pulling on the gacha machine. At present, there are only two types of gacha: ‘Night’s Watch Recruitment’, which rewards heroes and units, and ‘Tactic Scroll Shipments’. The former is self-explanatory, while the latter provides tactic scrolls, which you can equip on a hero for various passive effects. As an example, our Daenerys has ‘Healing Salve’ equipped, which heals the ally with the lowest health at the end of each attack phase. 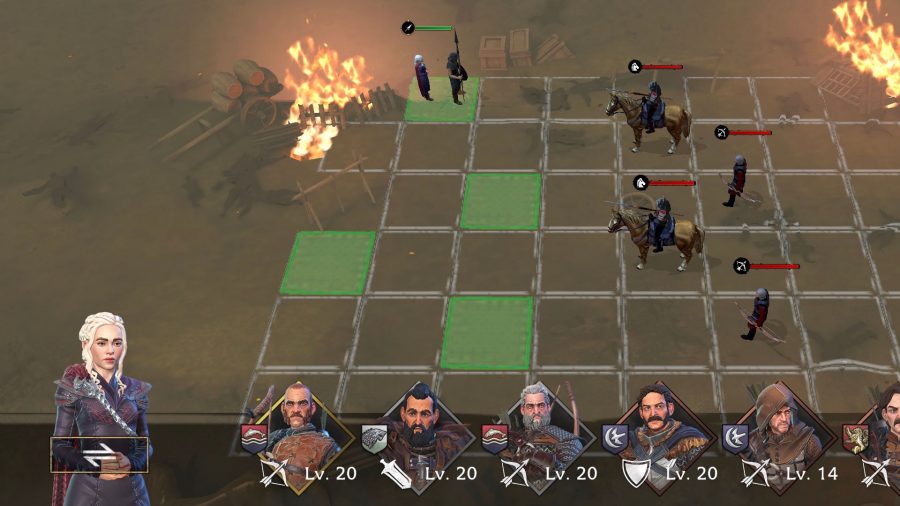 As well as tactic scrolls, you can also unlock a variety of traits for each hero. These provide passive effects or statistical boosts during combat, and each hero can go down one of two different trees. These trees vary between heroes, and may boost healing, defence, offence, and more abilities.

Game of Thrones: Beyond the Wall is a free-to-play RPG with a gacha system, so it's impossible for it not to be pay-to-win. However, we've found it to be quite similar to Marvel Strike Force, in that you can make a fair amount of progress without having to spend a penny. You'll struggle in PvP, and will have to get used to the idea of grinding though.

Ultimately, if you’ve played a gacha RPG before, this all probably sounds very familiar; and it is. There is a higher level of depth than we’re used to though, and we’ve found plenty of ways to power up our heroes without needing to splash the cash. Those that do choose to spend will progress faster than those who don’t, but it’s heartening to know that you can get by playing for free; though it’s important to bear in mind that this will take considerably longer.

If you’re the sort that likes to splash the cash, Game of Thrones: Beyond the Wall provides plenty of ways to do so. You can buy Gold Dragons, the premium currency, directly, purchase limited bundles of resource upgrades, and outright purchase heroes or shards, which allow you to upgrade heroes you already own. Again, none of this is particularly new, and will be instantly familiar to those who are used to the genre. 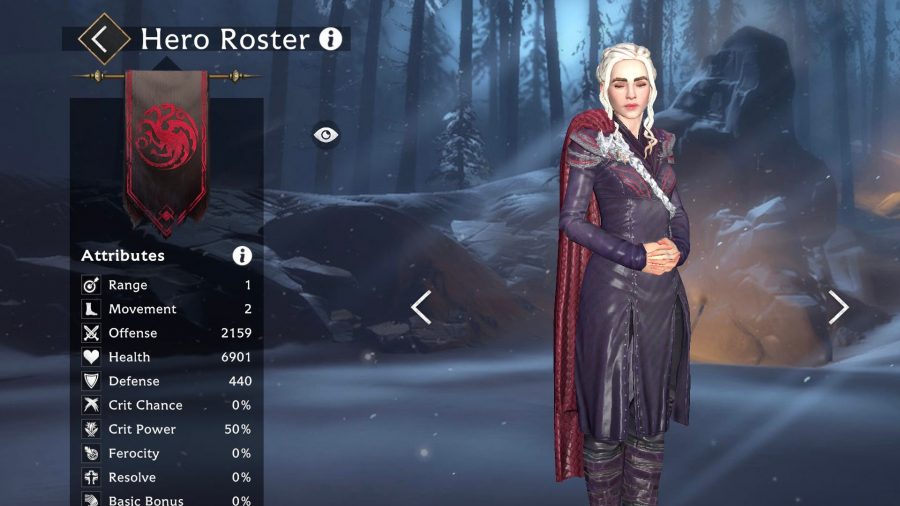 When not battling your way through the story, there are a wide variety of modes to participate in. You can send ravens to bring back recruits from each of the seven kingdoms, participate in legendary events to unlock rare characters, battle through challenges for extra rewards, and take part in PvP battles in the hero arena. You can also go on weirwood forays, expeditions, and random missions beyond the wall for further rewards.

But herein lies our biggest disappointment with Game of Thrones: Beyond the Wall: no matter which type of content you play, it almost always plays out exactly the same. Place most powerful heroes and units on grid, tap auto, and win/lose depending on whether or not your powerful enough. The environments don’t even vary that much, but we guess that is to be expected considering that you’re almost always fighting north of the Wall, which is pretty much a frozen wasteland.

There is one exception to this rule though: legendary events, which are by far the best content Game of Thrones: Beyond the Wall has to offer. Our biggest criticism of this gacha RPG is something we’d level at the genre as a whole: there’s just no real challenge. Even when you do get stomped, it’s not because you’re bad at the game, you just haven’t spent enough money and/or grinded enough. Legendary events pose a different type of challenge, as they provide you with specific heroes and units at predetermined levels and task you with simply winning. If you’d like to check out games that get the genre right, check out our list of the best mobile strategy games. 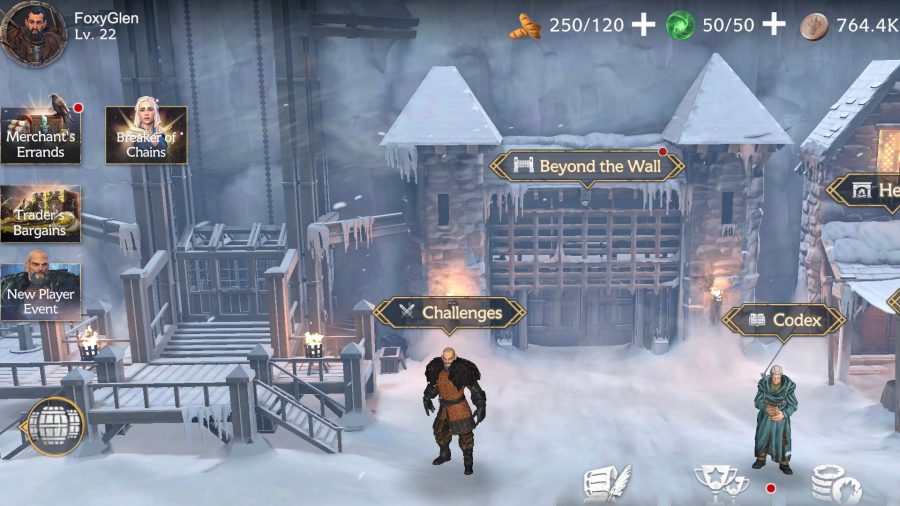 We’ve had a lot of fun in these particular levels so far, because many of them feel like puzzles to solve rather than strategic battles. Suddenly, positioning is important and paying attention to your characters’ abilities and passive effects. You’ll struggle to beat these levels on auto mode, but that’s how it should be: the rewards are rare hero shards. The only downside is that the later levels in this mode start to feel like the rest of the experience; particularly when you can bring your own units into the levels, rather than use whatever the game provides.

And this is an issue that pervades the entire experience; as it does most gacha RPGs. The level of difficulty always feels artificial. which is the way it’s always going to be when your monetisation relies on players spending as much money as possible on random pulls. How else do you encourage them to regularly spend if not with difficulty spikes?

But it’s an issue that plagues the genre, and it might well be that it doesn’t bother you in the slightest. If that’s you, then Game of Thrones: Beyond the Wall is well worth checking out. It’s pretty much in line with Marvel Strike Force in terms of free-to-play progression and monetisation. In other words, you can get by without having to spend, but it’s going to require a daily grind at the very least if you want to proceed at a decent pace; particularly if you care about PvP. 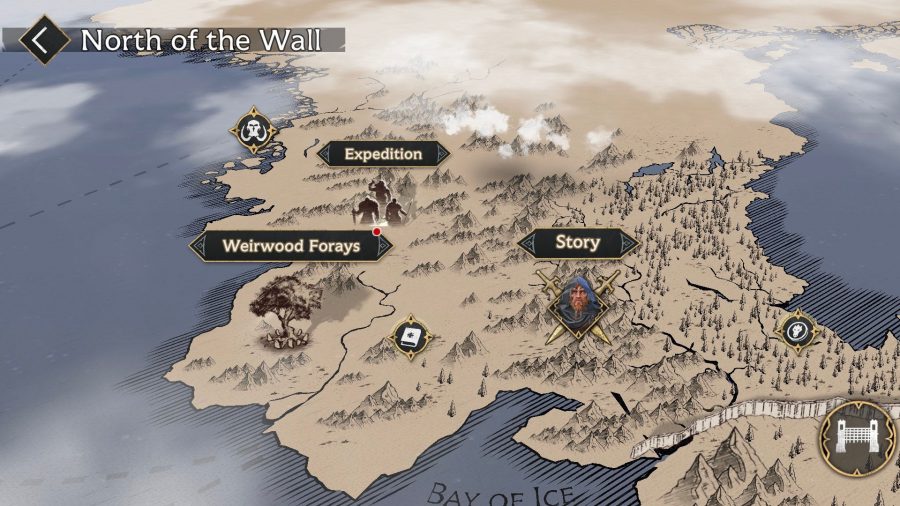 If you’re already completely against the idea of a gacha RPG, then Game of Thrones: Beyond the Wall isn’t going to change your mind in the slightest. The issues that come part and parcel with the genre are all present here, even if it isn’t the worst offender.

Game of Thrones: Beyond the Wall review

A standard gacha RPG that suffers from the same issues as the genre in general, so will only appeal to those that already like it and Game of Thrones.