It doesn’t take a genius to notice the countless parallels that Harry Potter: Wizards Unite has with Niantic’s other walkabout games – most notably the mega popular Pokémon Go. You probably wouldn’t have thought that J.K. Rowling’s Wizarding World would rival the natural collectability that exists in Pokémon, but Niantic found a way. These similarities mean it’s pretty straight forward for a Pokémon Go player to drop right into this game with little to no knowledge of the Harry Potter franchise.

Wizards Unite is a far chattier game than Pokémon Go was at the start; there’s an actual story and everything! But in-game tutorials can only go so far. Just because it holds your hand for a good little while, doesn’t mean that it tells you absolutely everything a good wizard should know.

So we’ve collected together some tips and created a Harry Potter: Wizards Unite guide to help you thrive in the mean world of magic. Hopefully, we’ll be able to answer all of your magical queries, but, more importantly, give you a leg up on all of the other students. Remember, you’re a Wizard, *insert reader name*!

everything in our harry potter: wizards unite guide:

Most of what you’ll be doing in Harry Potter: Wizards Unite is centred around filling out the Registry. It’s where all of your Foundables are logged as you return them through Traces. Foundables are catalogued into different types, but reliably finding specific types to help complete the Registry can be difficult, as more areas will spawn randomised Foundables than may be of use to you. But there is a way to more reliably spawn the extra types of Foundable that you need to complete a specific page of your Registry, or increase your Rank.

On your walks, you may occasionally come across large, thin flags shooting up from the map. Tap one of these and you’ll see an area around it light up. These are designated areas where specific types of Traces will appear – the type dependent on the point of interest it marks. There’s no sure-fire way to track these down, but areas like parks, libraries, and government buildings are usually prime candidates. My local sports club is one, but my small library is not. One town over, however, has a larger library that is. It pays to get out and about. If you want some tips on where to find what, our Harry Potter: Wizards Unite locations guide will help you on your way.

Now this may have just been an oversight on my part, but it took me a little while to find these in my bag. Harry Potter: Wizards Unite places a large emphasis on Potions, but most of the time they are used to make your spells stronger or replenish your Stamina when fighting. You’re always being told to hold onto these for difficult situations, thereby glossing over these potent bottles of leveling juice – okay, Baruffio’s Brain Elixir. I only discovered these when I reached level ten, and boy would they have sped that whole process along. 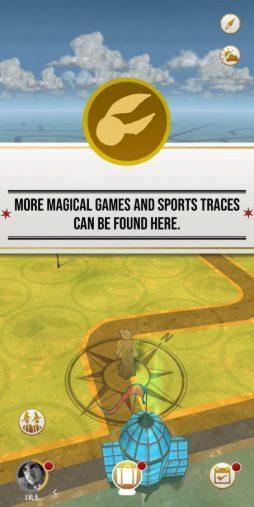 Double XP potions are best saved for high-level fights, or when you’re collecting lots of Foundables. The potions are also able to double the XP gained from the already substantial new Foundable bonus, so using them when surrounded by Foundables at an early level can catapult new players to level ten a lot quicker. And that’s where things really start to hot up.

Read more: Keep on top of all of the latest Garena Free Fire new updates with our useful guide

Don’t use PORTMANTEAUS for XP

Back in the early days of Pokémon Go, a great time to use a Lucky Egg was when multiple ten KM eggs were ready to hatch. This was because they already gave a massive amount of XP that could then be doubled for a quick boost. Unfortunately, it doesn’t work the same way in Harry Potter: Wizards Unite. You can find decent amounts of XP within the portals, but when you have no idea what you’ll actually get, using a valuable XP potion is more often than not going to be a wasted effort. If you can, save them for when it really matters.

Another element taken straight from Pokémon Go, is the chance for Foundables to just disappear when you fail to snare them. If you’ve had a Foundable fizzle-out of existence after an unsuccessful Trace, that’s RNG showing it’s ugly face. You’ll occasionally receive a notice telling you what happened, but sometimes you won’t. Worse yet, the notice only explains how, but never why.

There’s no solid evidence just yet, but the conditions perfectly match Pokémon Go, so it’s safe to assume that, just like Niantic’s other big collect-athon, each Foundable has a specific ‘flee-rate’ percentage. After each resist of a spell, the game rolls a figurative die determining whether your valuable target will be whisked away. Rarer Foundables have higher flee chances, making the use of spell strengthening Potions ever-more valuable.

This is one that’s ruined my day more than once. If you’re the kind of person that gets addicted to virtual check-lists, the Daily Assignments tab will soon be your new best friend. The challenges within are the same each day, so it’s pretty natural to head out of the house, fire the game up, and go about your routine business. 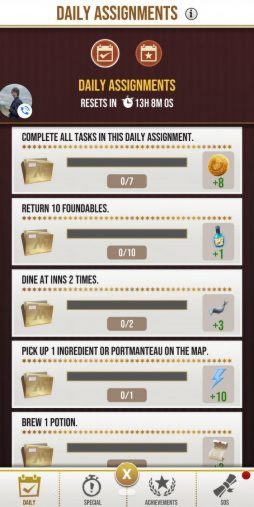 But then you get home after completing your tasks and notice it hasn’t counted a single one. Why? Because you have to actually open the Daily Challenge page each day before it begins to count your progress. It’s an unforgiving design choice that Niantic really should work to fix. In fact, it might already be fixed by the time you read this. Just double check before you waste your own time and energy.

If you’re left wondering how to get more scrolls and books to level up your chosen Profession, know that it isn’t all about fighting your way through different levels of a Fortress. Scrolls and tomes can be acquired by ranking up pages in your Registry, so it might be worth using our Area tip above to farm levels in your weaker Registry pages, filling in your Profession skill tree faster.

This is something you’ll only really learn by tapping the cauldron on the Potions screen. Gestures can be used to speed up potion crafting by around 15%, netting you quicker access to tasty brews and an empty slot to start again. But figuring them out is down to you. 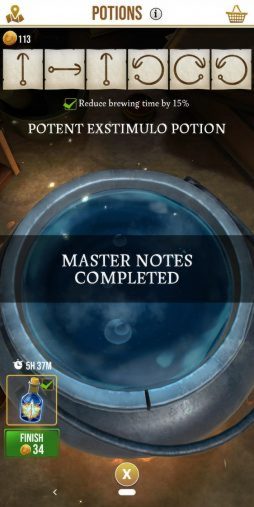 There’s a multi-step gesture sequence for every potion in the game. We can’t list them all here, but a quick Google search will get you far. Once you’ve used the unique sequence on three of the same potions, it will be saved in your game for quick reference. They also won’t have you flailing at your phone in public, as all on-screen gestures are either swipes and pinches. Though there is the occasional phone shake.

This is one that might take a little more time to reliably comment on. Just like Pokémon Go, the weather in your area can have dramatic effects on your gameplay patterns. Rain, sun, wind, and even the clouds in the sky will alter things like spawns. You’ll mostly notice a change in the types of ingredients you find when out and about on your travels, but weather will also change the Foundables you come across. They’ll never outright deny certain things from spawning, but they can drastically boost or lower the probability.

DATA ASSETS TO SAVE DATA

When you first grab the game from your app store of choice, you’ll notice that Harry Potter: Wizards Unite doesn’t download all its files straight way. Either to speed-up access or to save space, it will only download the absolutely essential elements initially, and the rest will download later. That means every time you tap a new Foundable out in the field, you’ll be spending your precious data plan downloading the 3D model, animations, and sounds. With so many graphical elements in Wizards Unite, it can really begin to chip away at your data. However, if you have unlimited data, go wild and tap to your frivolous hearts content. If you’re interested in doing more outdoor gaming, be sure to peruse our list of the best location-based mobile games. Happy hunting!