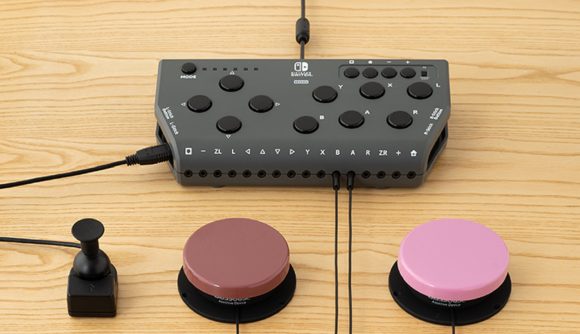 The Nintendo Switch has come under a lot of fire from disabled gamers for its lack of accessibility options, but Nintendo is slowly adding aids to help more people play its flagship console. This year has seen the release of software updates that allow for button remapping – which will help many players who can’t push in the joysticks – and a zoom function to aid partially-sighted gamers.

While the software updates are certainly an improvement, Nintendo still trails behind Sony and Microsoft in many other accessibility areas. Both rival companies have screen reading software to aid partially sighted and blind gamers, and Microsoft released the Xbox Adaptive Controller – compatible with any console or PC, its interface aims to make gaming accessible for all.

This interview with a visually-impaired Pokémon player on Eurogamer highlights a lot of the issues he faces while playing, but Nintendo is continuing to improve, slowly but surely. The officially licensed Hori Flex controller is designed to help players with all manner of disabilities play on the Switch and PC. According to a translation of the Hori website, the Flex controller is “specially developed and sold for those who cannot use a controller with a standard shape.”

As such, it is suggested that you don’t buy one other than for its standard use i.e. if you can’t use a regular controller. As you can see, the Hori Flex has an array of large buttons and links to your Switch or PC via USB. You can also connect your current joysticks and other buttons if they are more comfortable. The Flex controller is currently only available in Japan and costs around $230 USD (£180), however we expect it to release internationally in the future.

All the buttons can be remapped with software, and the whole controller can be mounted on a stand by ¼ inch screw – the standard size for most tripods etc. In a statement to Motherboard, Nintendo explained that their “software and hardware developers continue to evaluate different technologies to expand this accessibility,” committing to further accessibility improvements. 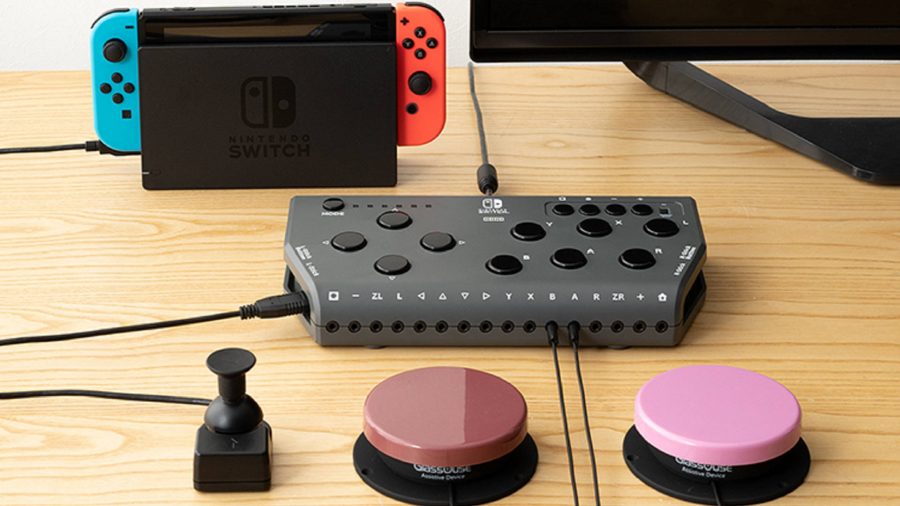 For the Flex, Hori worked with “rehabilitation professionals” to create the controller, which also supports “eye-gaze” eye tracking technology, although you’ll need a Windows PC, eye tracker, and video capture unit to utilise this.

This is an important step forward in Nintendo Switch accessibility, but there is always more to be done. However, it seems like many players will be able to dive into the best Switch RPGs or one of the many Switch multiplayer games where they couldn’t before – which is definitely something to celebrate.