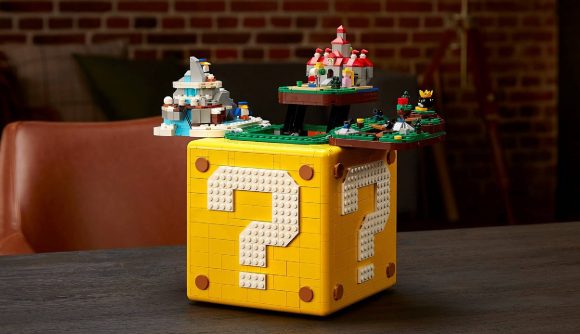 Nintendo & Lego have unveiled the latest in their successful collaborations, a large Question Block that unfolds into a diorama of several Super Mario 64 levels. The different stages included in the set are Peach’s Castle, Bob-omb Battlefield, Cool, Cool Mountain, and Lethal Lava Trouble, as well as recreations of iconic enemies and characters in microfigure form.

The set has 2064 individual pieces, including microfigures of Mario & Peach, and will go on sale on October 1 for $169.99/£159.99. Users can register interest over on the My Nintendo Store right now ahead of its release next month.

The ? Block itself will be over 7 inches tall, and has been confirmed to be compatible with the Lego Mario and Lego Luigi figures from the Lego Super Mario sets. Players can collect ten hidden power stars to reveal secret reactions and more. Coming hot on the heels of many successful Lego Super Mario sets, including the recently released Lego Luigi, the relationship between Nintendo and Lego only seems to be deepening. So, where’s my Lego Hyrule Castle?

You can watch the reveal trailer to see this beautifully detailed set in all it’s glory below. 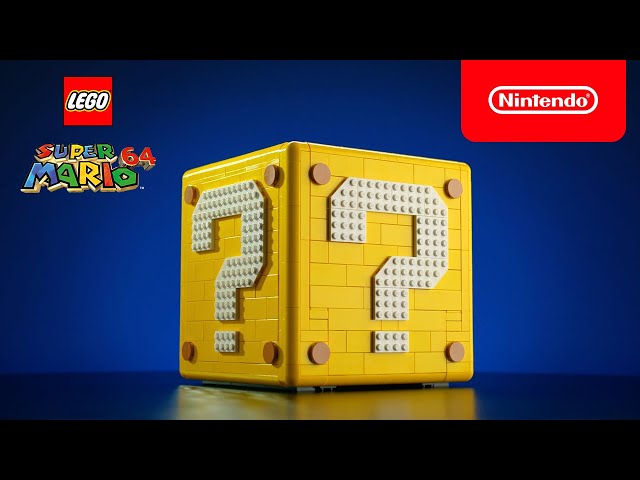 Meanwhile, Lego Super Mario fans may want to check out our piece to find out how to get exclusive My Nintendo Store and Lego VIP rewards.