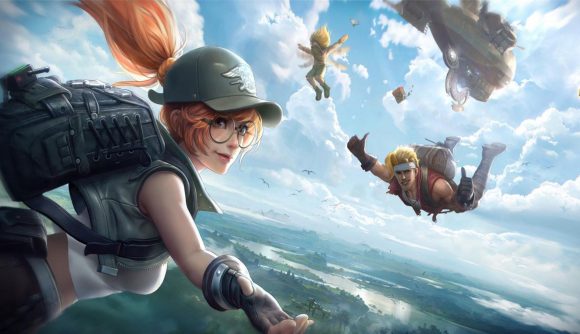 A new Metal Slug game dubbed Metal Slug Code: J has been revealed at the annual Tencent Games Conference. The game is currently being developed by TiMi Studios, the subsidiary of Tencent Games, in close association with SNK. During the presentation, we got to see a trailer and some gameplay showing the series’ classic run-and-gun formula.

We’ve known for a while that new Metal Slug Games were coming, and that one of those games was being developed by TiMi Studios, but we didn’t know its title or much else about it. Metal Slug Code: J is initially launching in China, and during the presentation, a Code J website was linked with details on how to pre-register, meaning launch shouldn’t be too far off. Hopefully after that, we might hear some details about it launching in the west.

For those that don’t know, Metal Slug is a classic series of bullet-toting run-and-gun games that originally launched in the 90s, but have since moved onto console and mobile, and spawned a good number of sequels and spin-offs.

You can see the trailer for Metal Slug Code: J below:

The gameplay for Metal Slug Code: J seems to channel the classic experience of the original series, but with a few fun little additions, like the ability to freeze enemies, and some cool looking 3D sections. It also shows off some pretty fancy mechanised bosses – such as that giant armoured tank-crab.

That’s all we know for now, however! We’ll be sure to update the story if we find out anything else. In the meantime, why not check out some of the best Android games, or best iOS games to tide you over?