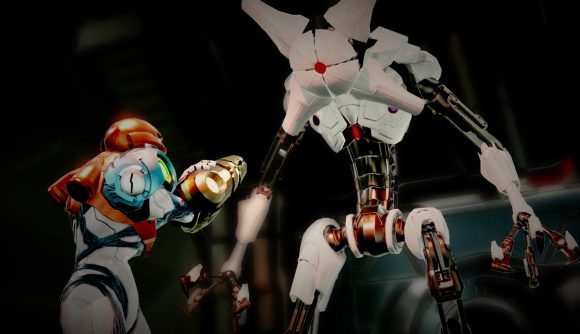 Metroid Dread’s Switch reveal trailer showcased just how quick, efficient, and deadly the E.M.M.I. robots are when hunting Samus, and from the available footage you’d be forgiven for thinking these aggressive automatons are utterly invincible. However, the second instalment of development blog ‘The Metroid Dread Report’ goes into more detail, explaining both just how scary these antagonists are, but also providing an insight into Samus’ options against them.

Those familiar with developer Mercury Steam’s previous foray into the franchise, Metroid Samus Returns on 3DS – itself a remake of Game Boy title Metroid II – will know that entry introduced a melee counter to assist Samus’ demolition of the titular Metroids and various local alien wildlife.

From information provided, it seems this melee counter is also the only chance players have against the E.M.M.I. under normal circumstances, though the window for countering is described as having “such narrow timing of success you may consider it nearly impossible to land a counter—so much so that you may want to avoid this situation at all costs.”

This mechanic sounds almost reminiscent of the slim window in which players could deflect Guardian’s laser beams in The Legend Of Zelda: Breath Of The Wild – a difficult but hugely satisfying way to dispatch the similarly terrifying foes. 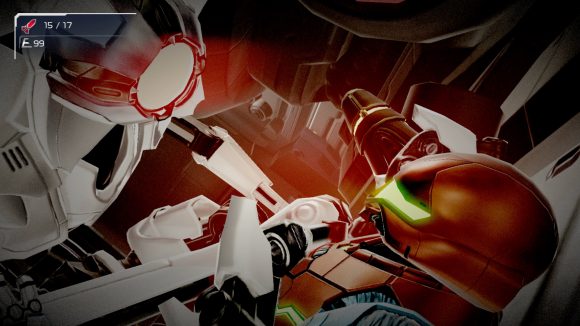 Later in the Metroid Dread Report, Nintendo details how Samus can permanently dispatch the E.M.M.I. with her Omega Cannon.  Despite being made of one of the strongest materials in the universe, if Samus manages to receive energy from nearby Central Units, she unlocks the ability to fire weapons called the Omega Stream and Omega Blaster, though getting the necessary materials will likely provide a challenge in and of itself. 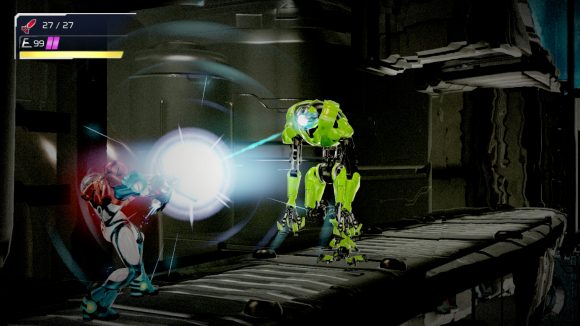 Despite the long wait, Metroid fans don’t have long until this overdue entry is in their hands as Metroid Dread is slated for release on October 8th. If the many E.M.M.I. we have to face, including many not revealed yet, are as terrifying as they seem, this could be the perfect Halloween title for Switch owners.