Nuts is an appropriate name for a game that is not only about squirrels, but also made me feel like I was going slightly mad by the end of it. There’s definitely something paranoia-inducing about sitting alone in the woods, trying to uncover the night-time habits of small furry creatures. What are they up to? What are they planning? Am I watching them, or are they… watching me?

Nuts couldn’t help but remind me of that episode of Rick and Morty, where Morty accidentally discovers that squirrels run the entire world from the shadows. It has this sense of slightly ominous tension, which is kind of at odds with the beautiful scenery of the game’s setting: Melmoth Forest.

In Nuts you play as a grad student seconded on a research trip to carry out a wildlife survey of the forest. The professor that hired you, Dr. Nina Scholz, is hoping that the survey will dissuade the construction of a dam in the region that would necessitate the forest being logged, and disturb the squirrels delicate ecosystem.

First of all, I’ll get the obligatory Firewatch mention out of the way. Nuts does have some similarities with the popular narrative adventure – you spend your days in an isolated wilderness completing tasks, and your only point of human contact is the voice of your handler. Both games also share the same juxtaposition of beautiful scenery and unnerving tension. In Firewatch I always felt like someone was behind me but in Nuts it felt to me like I was the one under surveillance.

But Nuts distinguishes itself in many ways, not least of which is its striking art style. As you move between different regions of the forest, the entire colour palette changes, and it’s truly beautiful each time. The tactility of the game is also impressive, as you flick, fiddle, and push buttons on recording devices, cameras, and screens, compiling your secret squirrel surveillance. But the most distinguishing feature of all is the gameplay loop that Nuts centres around. 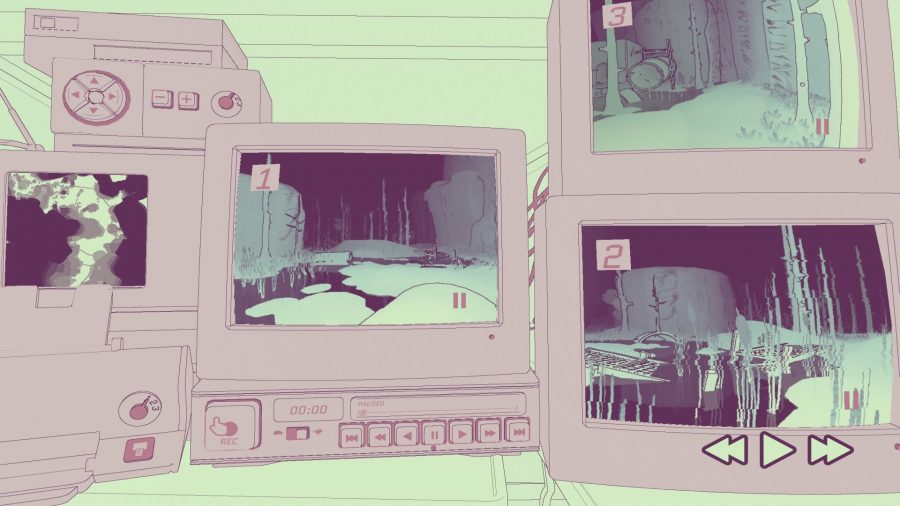 Professor Scholz tasks you with tracking the specific movements of squirrels at night. During the day you leave your research portacabin and set up remote cameras wherever you want. Once in place you return to your cabin and press record to bring on the night. During these evening sessions you sit at the monitors and scrawl through the captured footage, pausing, rewinding, zooming in, and when you catch the squirrel, printing a picture to fax for Nina.

One of my favorite features in Nuts is the cork board that lets you pin up tasks that you receive from Nina, and pictures of the squirrels you've spotted. In Nuts you often feel more like a detective than a naturalist, so this is a nice touch.

Usually these squirrel tracking tasks can take up to a week, as each morning you place cameras depending on where you saw the rodent rascal go. It’s a wonderfully freeform kind of play as you gradually discern your quarry’s route and destination. I honestly never believed that watching squirrels could be so addictive. As the story continues, these tasks become more convoluted, such as taking pictures at a specific time. The squirrels themselves also become increasingly crafty, following elaborate routes. Nuts is a game which punishes you for assuming you know where the squirrel is going, and that’s kind of brilliant. 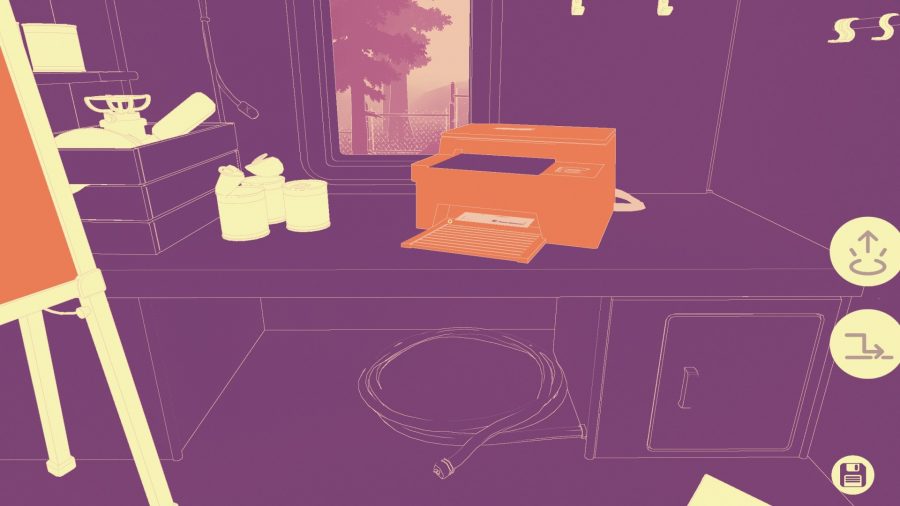 As you wander around the forest you can also find tapes of Nina, from when she was also a graduate, discussing the squirrels, her feelings about being in Melmoth, and about the corporation that wants to destroy the wilderness to build a dam. Just as with Alba: A Wildlife Adventure’s ecological themes, so too does Nuts feel like an Apple Arcade game with an environmental conscience.

There's something almost supernatural and conspiracy-esque about Melmoth's squirrels

This feels like a big part of the story, as you and Scholz battle the corporation building the dam. But when you’re in the forest with the squirrels, it also feels like a distant struggle. There’s something almost supernatural and conspiracy-esque about Melmoth’s squirrels, which move like animatronic robots, gather together, and seem to be more intelligent than they probably should be. They almost feel like something from Welcome to Night Vale. 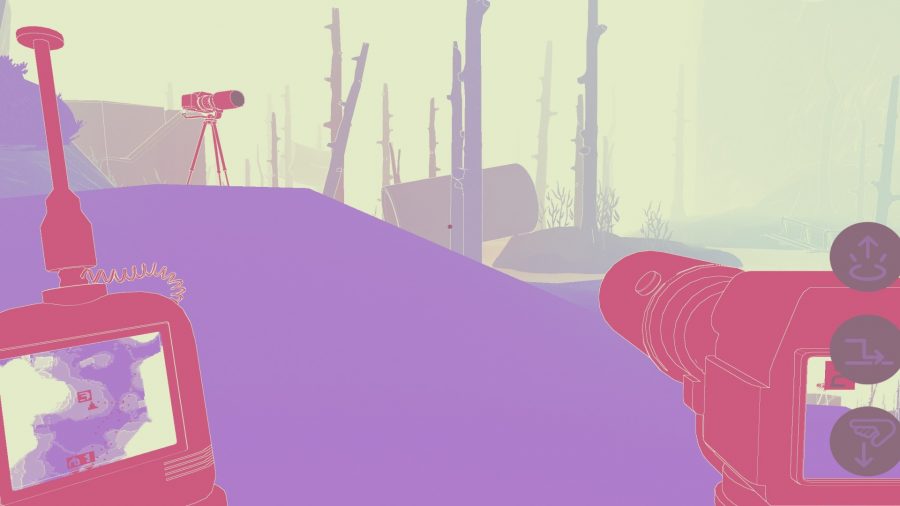 On the whole, Nuts is a simple game, and you shouldn’t expect any of the narrative choice present in Firewatch. But there is freedom in how you approach capturing your footage of squirrels, and the central mystery and tension of the game will keep your face pressed against the glass of your viewing monitors throughout.

Nuts feels like a great exemplar of the fact that developers don’t need to give players lots of things to do, when they can instead give you one thing that is incredible. The game’s quality is built on the back of that strong gameplay loop as you venture out into the woods again and again, hoping to catch another sneaky squirrel come nightfall.