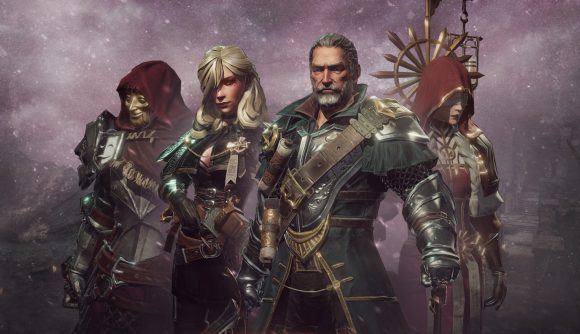 TipsWorks has released Pascal’s Wager on Android. The gothic, Souls-like initially came out on iOS, garnering plenty of praise from many sites – including in our own Pascal’s Wager review – but that left many Android users, craving a crack at the action-RPG out in the cold. However, TipsWorks recently announced an Android release, alongside the first DLC for Pascal’s Wager, Deep in the Dark Mist, which released on May 29.

For those that are new to the game, Pascal’s Wager is a 3D, third-person action-RPG, inspired heavily by the FromSoftware game series’ of Dark Souls and Bloodborne. It features hack n’ slash combat, lots of dodging, and good deal of dying too. But Pascal’s Wager, like Oceanhorn 2, has helped prove that mobile can be home to premium console-worthy games.

Pascal’s Wager is also currently discounted, with a price of $3.99, alongside the Heroic Herald Outfit for Terrence and Deep in the Dark Mist selling for only $0.99 – a steal if we ever saw one!

Be sure to check out the Android release trailer below:

There’s plenty more where that came from too, with the upcoming Tides of Oblivion expansion, and a Pascal’s Wager content roadmap for 2020 promising new characters, a new land, and new foes. But the developer TipsWorks also has this to say about why Pascal’s Wager took a while to make the jump to Android: