Scott Pilgrim vs. the World: The Game is a 2D arcade-style beat ’em up inspired by the cult-classic comic book series and movie of the same name. The complete edition is a spruced-up re-release that originally launched back in 2010 on Xbox 360 and PlayStation 3, along with DLC that allows you to play as fan-favourites Knives Chau and Wallace.

The story arc in Scott Pilgrim vs. the World: The Game follows the comic books fairly faithfully and tasks you with taking down Ramona Flowers’ seven evil exes. You can play as Scott Pilgrim, Ramona Flowers, Kim Pine, Stephen Stills, Knives Chau, or Wallace right from the start, and each of the characters has a unique set of attacks and weapons. You’re also able to team up with three friends to take on each level or play some fun mini-games.

I’ve watched Edgar Wright’s Scott Pilgrim vs. the World more times than I can count, so straight away I was eager to see if the game lived up to the movie. I initially chose to play through the game as Ramona Flowers, though all the characters look great in 2D and have a few different outfit choices to mix things up a little if you want to play through the adventure a second (or third) time with the same fighter.

The controls start off fairly basic, and I was able to take down enemies with ease. Battles occasionally felt a little slow, as when I got knocked down, Ramona would take her sweet time standing up to get back into the action. I eventually gained more attacks, which made combat more fun and fast-paced, and each of the battles against the seven exes had a little something to set them apart from standard mobs of enemies. 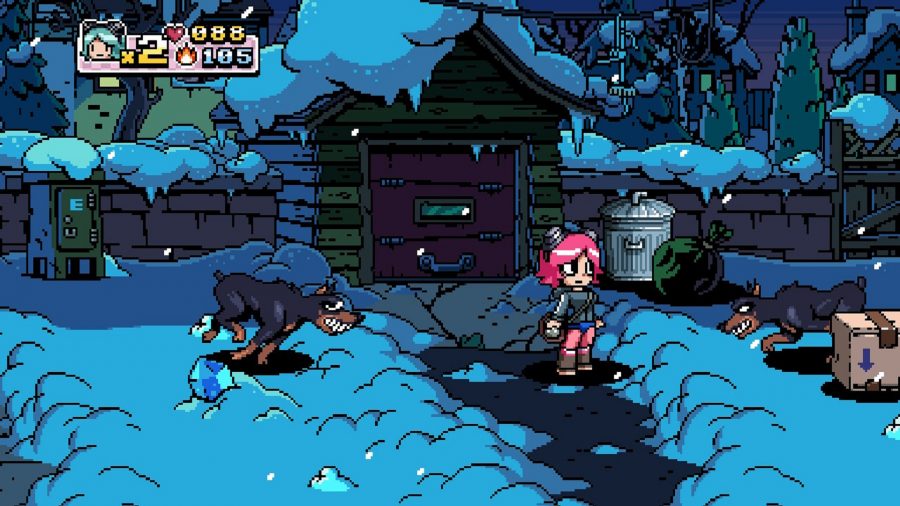 Outside of combat, I stumbled upon a few crazy, flashy bonus levels that had me punching flying piggy banks for some extra cash to spend in the shopping district. I enjoyed going into each shop with my hard-earned cash to see what was for sale. Many of the items were nods at things mentioned in the comic books and movie, such as a ‘The Clash At Demonhead’ record, which provided some great stat boosts.

The game has a gorgeous pixelated 2D art style and funky soundtrack that make it a joy to play through even if you aren’t the biggest fan of arcade-style beat ‘em ups. As you progress through each level, the backgrounds change frequently, meaning it never feels boring or repetitive. 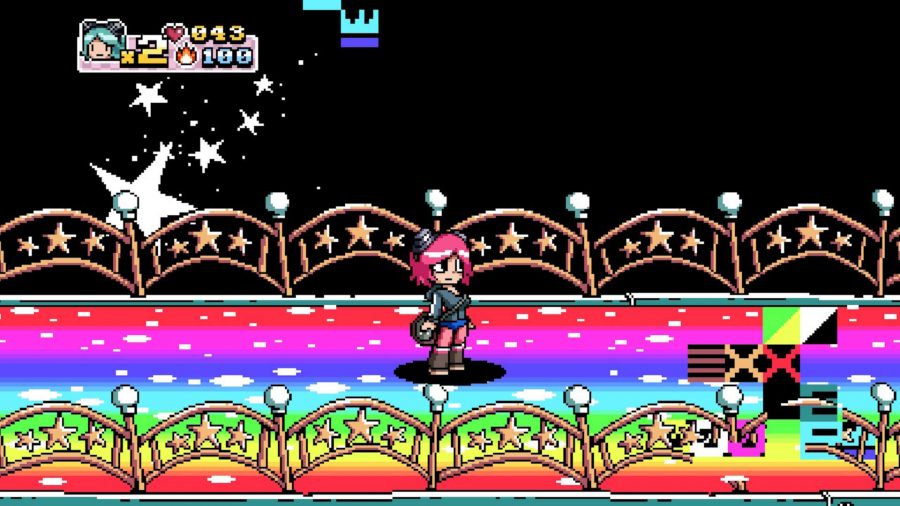 With a soundtrack reminiscent of the NES era, you’ll definitely find yourself bopping along to the 8-bit tunes that play as you traverse through the levels. Repeatedly wailing on a boss while epic beats play in the background is immensely satisfying, and it’s rare to find a soundtrack as charming as the one found here.

Scott Pilgrim Vs the World: The Game – Complete Edition is great fun and has loads of replayability. Fans of the comic book series and movie will love following along with a fairly faithful recreation of the story and taking combat into their own hands.

Scott Pilgrim Vs the World: The Game - Complete Edition review

A unique arcade-style beat 'em up with an amazing soundtrack and gorgeous art style. A must-play for any fan of the Scott Pilgrim universe.