As soon as I heard of SkateBird, my intrigue instantly peaked. Growing up, I was a bit of a skater, and I still have a strong love for the sport now, so any time a skateboarding game is on the horizon, it immediately has my interest. If you throw birds on top of it, well, I might just flap my arms in excitement – I have a love for birds, not sure why, but I tend not to question these things.

So, given SkateBird combines skateboarding and birds, my enjoyment of it was a sure thing. However, this doesn’t strictly mean that it’s a good game. Rather, it’s a novelty that’s somewhat enticing to me – enough to make me want to play, in spite of some glaring issues. And believe me, there are a few problems for us to get through.

First things first, let’s get into the positives of SkateBird, and why it’s worth trying out if you’re after something to play other than triple-A titles. It’s an easy to pick up and go game that offers a chilled experience, one that provides entertainment on long journeys – though, it can also be quite trying, so perhaps you’d best pack some other games, you know, just in case.

As with most skateboarding titles, you get to create your own character, and in this case, it’s a bird – bird is the word, am I right? When making your skater, you get to choose what species your bird is, as well as what items they wear. You can create some truly unique looks, which was a pleasant surprise given I honestly wasn’t expecting too much from the character creator. Come to think of it, I wasn’t expecting one at all. 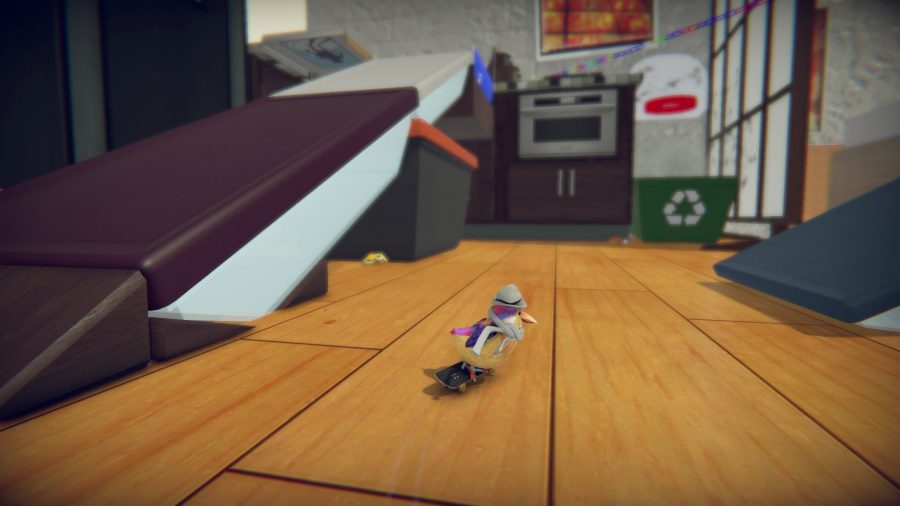 When it comes to level design, there isn’t any innovation here, which isn’t necessarily a bad thing. There are plenty of ramps and rails around for you to bust some tricks on, but that does become tiresome rather quickly when your surroundings feel mundane.

Due to the poor controls, some of the enjoyment is taken away

In terms of content, each area has many missions for you to complete, and items for you to collect. So in that regard, there’s a fair amount of content to keep you busy. However, it can become repetitive, especially when your environment leaves much to be desired. For example, some tasks involve performing flip tricks, or grabs, while others require you to find an item for a friend in need. Of course, to complete missions or even perform tricks, you have to be able to navigate the level, and that’s easier said than done, unfortunately.

If there’s one thing any skateboarding game – or any title really – needs, it’s quality controls. Nobody wants stiff movement, which is unfortunately what SkateBird on Switch provides you with. It’s not fluid enough for a game that requires you to bust tricks and perform combos. Due to the poor controls, some of the enjoyment is taken away – nothing like thinking you’re about to pull off a sick trick, only for the bird to continue flying. 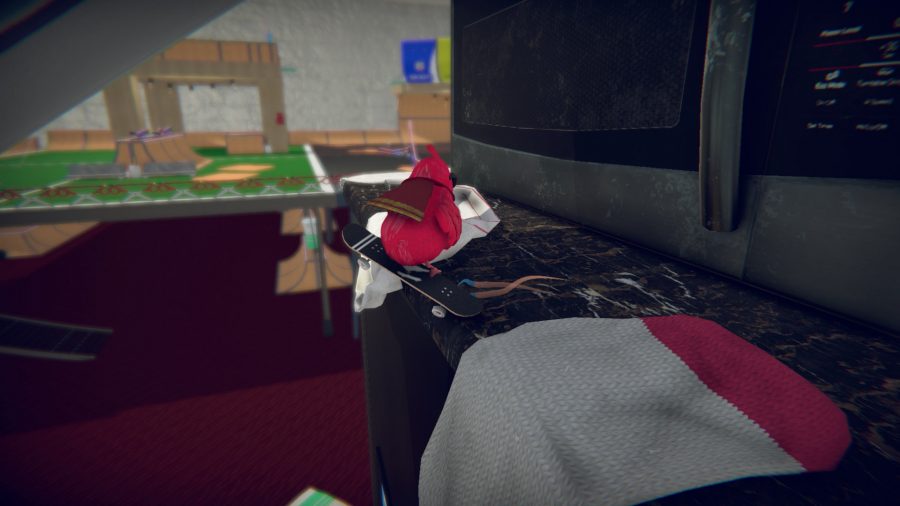 More than that, pulling tricks off isn’t as simple as that of the Tony Hawk games, which is somewhat frustrating. In fact, it kind of makes me want to jump back into some Pro Skater so that I can remind myself of how smooth a skateboarding game can be. And when you do manage to pull a trick out of the bag, there’s a good chance that you’re going to bail, making all of that effort in performing a different trick redundant.

Overall, SkateBird is an enjoyable experience if you go in, not expecting much from it, despite the questionable controls. If you’re a skateboarding fan, it might be worth a try, but just make sure you have Tony Hawk on standby in case SkateBird gives you blue birds.

Despite its chill and charm, SkateBird fails to capture the basic essence of a skateboarding game, leaving you wanting something more.