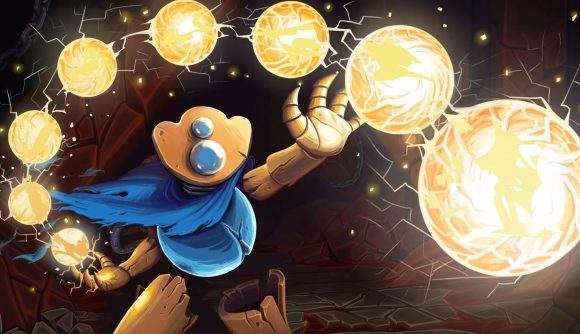 Beloved card-based roguelike Slay the Spire is set to be adapted into a co-op board game adventure where you’ll craft your deck, encounter deadly creatures aplenty, and wield devastating relics to crush the competition and make your way to the top.

Precise details on the upcoming board game adaptation remain a little light, though we do know that it will support one to four players and last around a minimum of 45 minutes per match. The game’s Kickstarter campaign is set to go live sometime this spring, so more info is sure to arrive in the coming months. In the meantime, here’s the official announcement from Contention Games, which is also where you can sign up to stay in the loop.

Slay the Spire is easily among the best mobile card games – and very likely one of the best iOS games to boot. Its long-awaited mobile port landed last year and felt like a near-perfect fit for the platform, despite having a few small control quirks.

An Android version is still in the works, but if you’re not the patient type, here are the best games like Slay the Spire mobile.

Now is a great time for fans of deckbuilding roguelikes, as there’s been a recent explosion in high-quality titles, such as the excellent Meteorfall series. In his Meteorfall: Krumit’s Tale review, Sean called it an example of the genre at its best: “quirky, inventive, and most of all, fun.”