Come the end of the year, which is rapidly approaching, Pocket Tactics is going to have a real challenge on its hands picking its definitive list of best mobile games of 2020. Apple Arcade alone has served up many GOTY contenders, and the latest is the unassuming South of the Circle by State of Play Games, of Lumino City fame.

Reviewing South of the Circle arrives with its own challenge, as it’s really a game that you need to experience for yourself to get the most out of it. We also really want to avoid providing spoilers, primarily for the same reason.

Focusing on just the gameplay though, South of the Circle is best described as a combination of walking simulator Firewatch’s ambling around gorgeous, stylised environments and, remarkably, LA Noire’s conversation mechanics. The latter is a bit of a loose connection, and does South of the Circle a bit of an injustice, as you’re not simply reacting to the characters in a binary ‘Truth, Doubt, or Lie’ manner. Rather, you’re reacting emotionally.

This isn’t the first time a game has stepped into this territory, as it actually bares resemblance to Apple Arcade’s own excellent Neo Cab, which saw you play as a cab driver who had to adapt to conversations with clients depending on their current emotion. South of the Circle almost flips this on its head, with your emotional reaction changing the outcome of conversations with the myriad, well-voiced characters.

At least, that’s how it should work in practice. In reality, it’s quite unclear how many of the emotional reactions will play out. You don’t simply have happy, sad, and angry buttons and, instead, are given vague symbols that sort of represent these feelings. Some are clear, like the sun symbol representing enthusiasm, but others, like a small circle, are really unclear, and by the end I just ended up sticking to emotional reactions that I felt I’d figured out at that point, rather than doing as the game intended, and reacting in an emotionally natural manner.

It's beautiful, intriguing, and there's plenty of replayability.

However, there was an unintentional benefit to this vague system, and that’s how it encouraged me to play through South of the Circle again. I really wanted to see how various conversations would play out if I reacted in different ways, and really push the boundaries of the emotional system. I actually enjoyed my second play through as much as the first due to this, as the experience remained fresh. 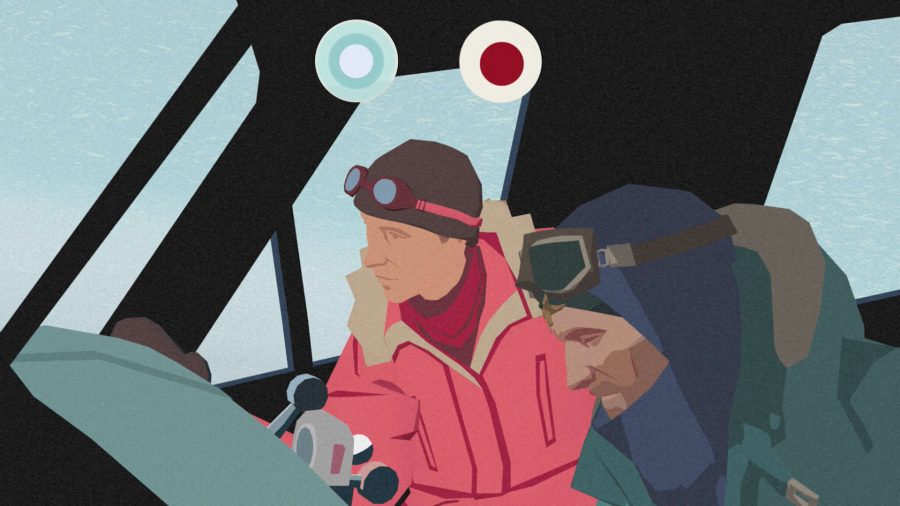 Aside from conversations, there is little gameplay to speak of. Much like your average walking simulator, you spend a bunch of time walking (or driving during vehicle sections) around. There are some that will find the lack of interactivity frustrating, but I was too busy marveling at the scenery and enjoying the unique atmosphere. Without venturing into spoiler territory, you explore so many different environments during your play time that I rarely found myself getting bored. Far from it.

The plot is also thoroughly intriguing. In a similar manner to Firewatch and Gone Home, you’re never really sure of what’s going, which keeps you pushing forward as you seek answers. It’s as addictive as a good TV show in that sense. We should warn you, though, that the ending is arguably is divisive as Firewatch in a number of different ways.

As we mentioned at the beginning, South of the Circle is best experienced by yourself, and we thoroughly recommend that you do that if you currently have an Apple Arcade subscription. It’s beautiful, intriguing, and there’s plenty of replayability. This is one of the best Apple Arcade games yet, and also a solid contender for game of the year.

South of the Circle review

One of the best Apple Arcade games yet provides an intriguing combination of Firewatch, Neo Cab, and LA Noire, but ends up feeling like a creation all of its own