When reviewing a Gacha RPG, it’s important to determine whether your love for the franchise it’s based on (provided it is) has any bearing on how much you enjoy the game itself. You almost have to separate the two feelings, which is pretty challenging.

The reason I bring this up is because I found myself wrestling with this most of the time I spent with Tales of Crestoria, the latest entry in the long-running Tales franchise, and a mobile exclusive to boot. When you break it down, it’s a pretty standard example of the genre, with you battling through a series of single player campaign missions, saving up gems to summon heroes, and participating in PvP.

Except that it isn’t. You’re not collecting generic heroes like in AFK Arena, you’re putting together a team of legendary Tales characters. My current setup includes Lloyd from Symphonia, Sorey from Zestiria, Cress from Phantasia, and Rita from Vesperia. Considering how much love I have for these characters and the franchise in general, I can’t help but find this utterly thrilling.

But I have to be honest with myself: long-term I suspect I’ll be sticking with AFK Arena. While it might not allow me to create my Tales dream team, it’s far more respectful of my time and wallet. Perhaps your experience differs, but I like that I can drop into AFK Arena each day, do my dailies, and drop out. I don’t have to spend hours grinding, or drop huge chunks of cash to progress, which I suspect is going to end up being the case with Tales of Crestoria.

But that’s not to say that it doesn’t get anything right. For a start, it’s utterly gorgeous, to the point where I genuinely believe it’s the best-looking Tales game to date. Granted, the bar isn’t particularly high, but it’s an impressive feat nonetheless. The story is also genuinely engaging. It isn’t delivered in 3D cutscenes like in a typical Tales game, and there’s no English dub, but if you take it on its own terms it’s an intriguing story that I’m actually excited to see develop.

The combat is also very well-animated, and borrows a few tricks from the Tales franchise. You can eat food before battles, for example, to boost your stats, and Mystic Artes are here in all of their over-dramatic glory. It’s a shame that the franchise’s trademark ‘Linear Motion Battle System’ doesn’t make an appearance, and is replaced by a turn-based system, but the flashy skill effects are still a joy to watch. 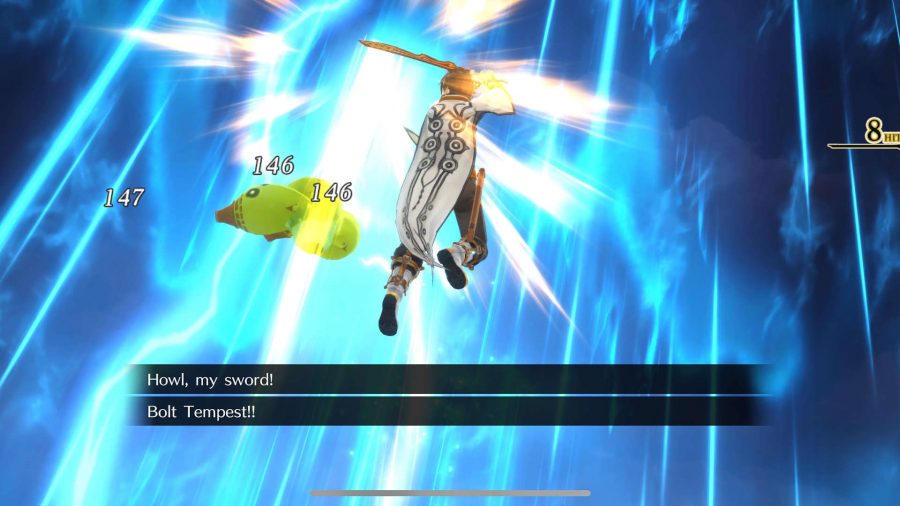 Paying for both subscription options over a 30 day period will provide you with between 35-40 summons at $74.47/£74.47 per month. Spending the same amount on Gleamstones directly provides you with around 32 summons, so it is an, admittedly small, saving. However, when you compare this price to AFK Arena, our favourite Gacha RPG, it's pretty extortionate. For $20/£20 per month you get 59 summons, which is around 20 extra summons for nearly a quarter of the price.

You spend most of your time in story mode, which provides a combination of plot beats, which are delivered almost like a skit in the regular games (speaking of which, skits make an appearance here too), and turn-based battles against waves of enemies. As you clear missions you unlock resources that you can use to upgrade your characters and new modes. These include power-up quests, which allow you to get even more resources, Gald quests, which make you stinking rich, and a series of more challenging quests that put your skills to the test. Limited event quests are also planned, though none are running right now.

When not participating in single player, you can take on other players in PvP. This costs ‘Arena Entry Tickets’, which you can purchase with Gleamstones, the premium currency, or recharge over time. PvP battles see you take on another player’s team, providing you with rewards if you’re victorious. In this instance you can boost your season ranking and level up the ‘Battle Pass’. Seasons run on a weekly basis, which isn’t very long, so you’ll probably have to spend if you want to top the charts.

Which brings us nicely onto Tales of Crestoria’s biggest downfall: monetisation. Perhaps I’ve been spoiled by AFK Arena, but Tales of Crestoria just feels greedy by comparison. There are only two ways to spend money at present, and both are on Gleamstones. You can purchase these on their own, with prices ranging from $0.99/£0.99 for 60 and $74.99/£74.99 for a bizarrely-specific 8,170. 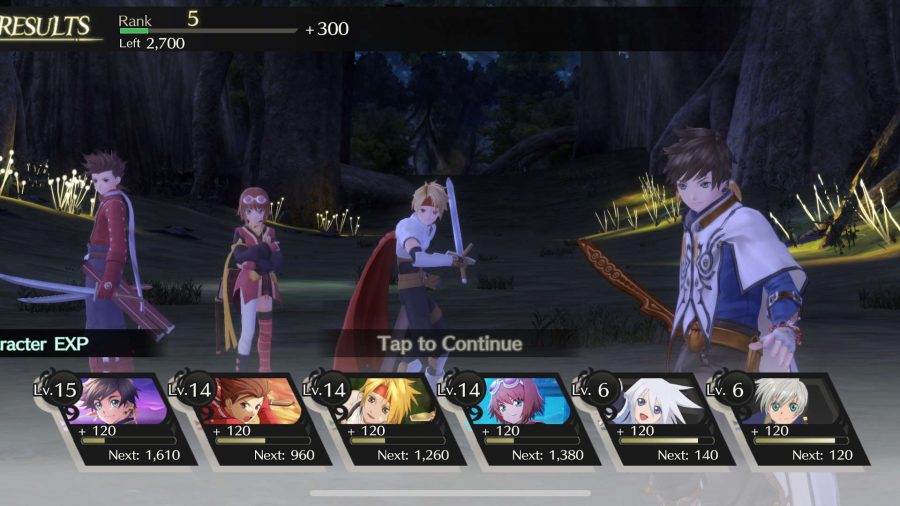 Another option is to purchase one, or both, rewards passes. The first provides you with 50 Gleamstones per day for 14 days, expiring after 24, which gives you some leeway if you can’t play for several days while the pass is active. The second costs a massive $38.99/£38.99, and provides you with 250 Gleamstones per day, for a maximum period of 20 days. That is considerably greedier than its competitors, and you can see a full comparison to AFK Arena in our boxout above.

Ultimately, this is what I found most off-putting about Tales of Crestoria. Gacha RPGs are no strangers to asking for large sums of money, but this is extreme even by their standards. Sure, you don’t have to spend money, but you are going to hit the inevitable paywall if you don’t. Unlike its competitors, you really don’t get very many resources to upgrade your characters by playing for free, which means your progression through the story will inevitably stall. That’s without mentioning your pitiful performance in PvP.

Any goodwill Tales of Crestoria fostered with its reintroduction of my favourite characters it quickly lost when I started calculating the total potential expenditure. I’ll play until I hit the paywall, but I’ll head back to AFK Arena at that point, no matter how fancy the Mystic Artes may be.

If you’d like to check it out, you can grab Tales of Crestoria on Google Play or the App Store.