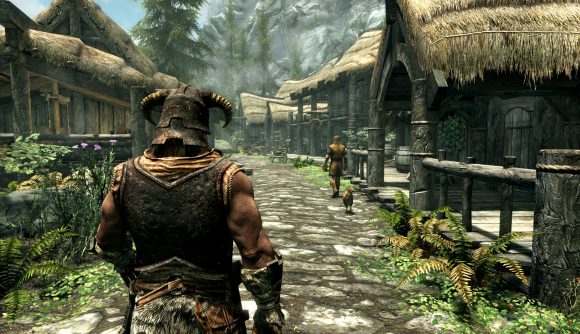 It’s only taken over nine years, but The Elder Scrolls V: Skyrim is finally making its way to mobile via the power of xCloud and Xbox Game Pass. If you’re unfamiliar with the service, Microsoft’s xCloud allows you to stream a range of major console games to your Android device, from Gears 5 and Sea of Thieves to Control and now Skyrim.

Bethesda’s legendary RPG is one of several new games set to join the Xbox Game Pass library for Android before the end of the year. Others include action-packed shooter My Friend Pedro and Soulslike Code Vein. Skyrim will be playable via the official Xbox Game Pass app from tomorrow.

If you’re on iOS, you’ll have to wait until spring 2021 to test out the service. Plus, xCloud for iOS will function through your web browser as opposed to a native app. This creative workaround was used to avoid having to split the entire Game Pass library into individual apps on Apple’s platform.

The version of Skyrim that Android users will be able to play is the enhanced Special Edition, which boasts improved visuals and all of the game’s DLC. Notably, the Special Edition also supports mods.

If the prospect of playing Skyrim on mobile is one you simply can’t ignore, you’ll be needing a subscription to Xbox Game Pass Ultimate. If you’re a new subscriber, you’ll pay $1/£1 for your first month, then $14.99/£10.99 for every month after that.

Does this mean that Skyrim is now one of the best mobile RPGs? Quite possibly.