Lord of the Rings games have a habit of taking liberties with JRR Tolkien’s deep and complex lore. Middle Earth: Shadow of War was an incredibly fun time – from riding dragons to repeatedly killing one godforsaken cockney orc warlord who wouldn’t stop taunting me, the gameplay kept you coming back for more.

However, Shadow of War played fast and loose with the revered lore. Shelob transforms into a sexy woman with the aura of Sauron’s ex? What about the Nazgul sisters? Or Helm Hammerhand and worse Isildur, he who cut the Ring from Sauron’s finger himself, being resurrected from death’s door to become wraiths?

While there were even more timeline and lore discretions that I simply don’t have the word count to delve into, Shadow of War put hardcore Tolkien fans on edge. And that’s why I was worried when Lord of the Rings: Rise to War was announced. A strategy-based MMO where players must manage their resources and occupy land sounds perfect for Middle Earth, but would it forsake my precious lore on its way to battle? I jumped into the game’s beta to find out.

Rise to War begins with an abridged version of Cate Blanchett’s opening monologue to Peter Jackson’s 2001 film version of the Lord of the Rings. This is a red flag to hardcore Tolkien-ites, but I persisted. After choosing which faction I wanted to play as – Dwarfs, obviously – I was prompted to design my own Ring of Power. 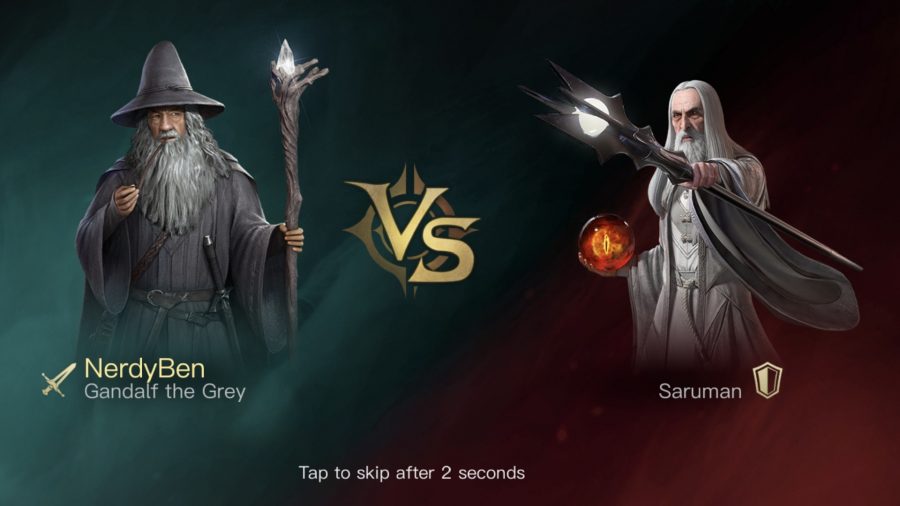 Rise to War's biggest offence is the alliances you form

I opted for a decked-out silver ring embedded with glistening purple jewels, a ring befitting a Dwarf Lord. This is an addition to the lore that I didn’t mind, as it aids the game’s roleplaying elements while not strictly retconning or bending any current lore. After all, Tolkien did not describe the Rings of Power in great detail – especially not the lost rings that were given to the Dwarfs.

Had I chosen to play as the Elves of Lorien, then I might feel differently. The three elven rings – Vilya, Nenya, and Narya – are described in more detail. At the very least, their ownership is detailed through history, so why would a random Elf Lord turn up with the Ring of Power belonging to Gil-Galad?

Rings aside, Rise to War’s biggest offence is the alliances you form. Not with other players, but with Commanders in your army. My first commander was Dwalin, dwarf hero of Erebor. But next, I was offered the chance to recruit Eowyn. Why the Shieldmaiden of Rohan would join Dwalin’s quest in the North is beyond me, but she now commands a force of dwarfen goat riders (I at least tried to make it thematic by having her lead a cavalry force). Next, Merry and Pippin joined the fray. While Merry is close friends with Eowyn, even riding to war with her for the Battle of Pelennor Fields, why he and his cousin have pledged their allegiance to a dwarf lord is again perplexing. 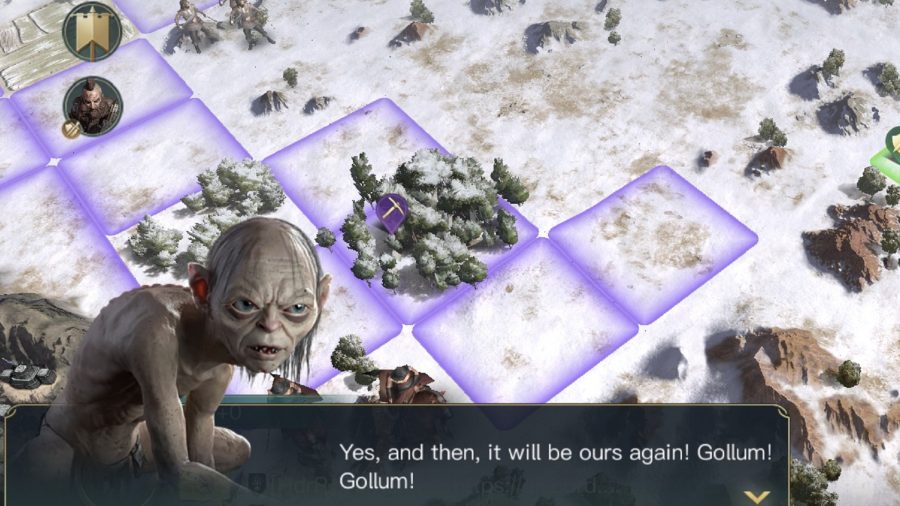 It is with these allegiances that the lore of Rise to War crumbles. The game gives you just enough background to know that Sauron is amassing his nefarious forces before letting you free to build your own empire, but it is this very freedom that kills any semblance of faithfulness to Tolkien. I can recruit Thrandiul, my mortal enemy, for the same price as I can recruit Dain Ironfoot, my closest ally, for goodness sake.

It is worth noting that the Red Book of Westmarch missions are great asides from a lore perspective. In these missions, you can take control of the forces of old to recreate historical campaigns. The very first mission pits you as Elrond and Gil-Galad in the War of the Last Alliance, and you must defeat the forces of Sauron (and his minions) to gain rewards and resources for your present-day force. Whether you’re controlling the forces of Elrond or Khamul the Easterling, the lore seems refreshingly accurate. 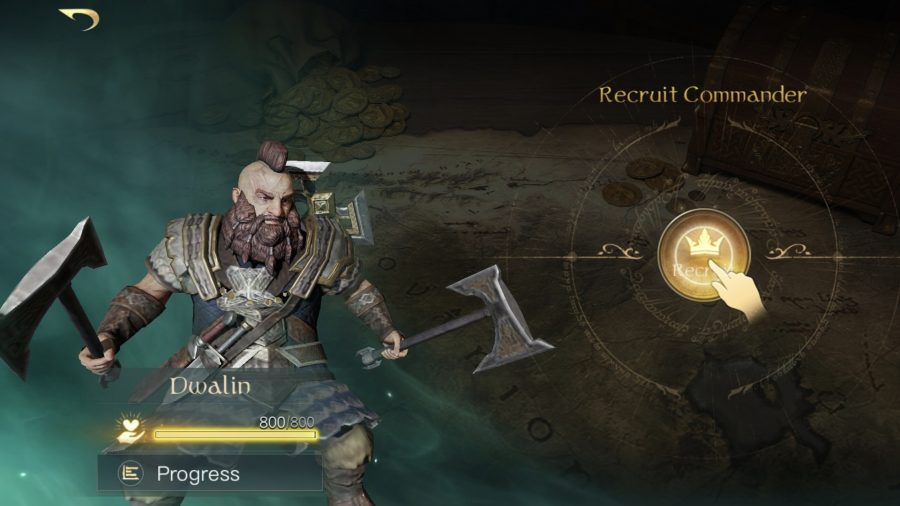 I understand that sometimes gameplay has to come first, but some of the more egregious alliances are ultimately jarring. I don’t have to choose Thranduil as an ally, but the fact that a dwarf can seems wrong.

I can’t help but think that Rise to War could take a page out of Shadow of War’s book. Yes, really. Not the page that rewrites the fate of Isildur, obviously, but the pages of interesting, innovative, and crucially original orcs who rise through the ranks of the Mordor army as you play. Rise to War would be just fine if Gimli and Galadriel were replaced by randomly generated commanders, as the famous characters don’t add anything more than a recognisable name.

By stepping away from film inspirations, Rise to War can write its own story – one that doesn’t jeopardise the existing Tolkien canon.