The world-that-was is undoubtedly the favoured setting for Warhammer Fantasy games, whether those are the blockbuster battles of the Total War: Warhammer series, or the rat-bashing Left for Dead stylings of Vermintide. We love the original Warhammer Fantasy so much that Games Workshop are even bringing it back under the new moniker of The Old World – though we may not see anything from that for a few years. And in many ways it’s a pretty admirable affection that fans have for the setting, but sometimes it does feel like a single-mindedness that causes videogames to suffer.

If the world-that-was is regular fantasy dialed up to 11, then Age of Sigmar has been infused straight to the veins with a triple shot of warpstone. It is a setting that is insanely over-the-top in that way only Warhammer can be, escalating many of the original setting’s races and factions, while also giving Games Workshop the freedom to introduce others.

That’s why I find it a shame that more developers don’t opt to use the Mortal Realms as a setting for games, instead giving us the similar champions, races, bad guys, and dungeons. But that’s why Warhammer Quest: Silver Tower has really piqued my interest.

“I feel like the Mortal Realms is a lot more surprising and colourful than the world-that-was,” says Ben Murch, co-founder of Perchang and creative director on Silver Tower. “Classic fantasy has a set of rules that need to be adhered to, and Warhammer Fantasy was entrenched in thirty years of lore and history. But Age of Sigmar’s newness allows designers to experiment with almost anything: ghouls that believe they are royalty, soul sucking sea aelves, spells so powerful, they become legend. These are realms with no perceivable boundaries, where anything can happen.”

Channeling this newness, Perchang has based the newest game in the popular Warhammer Quest series in Age of Sigmar’s setting, the Mortal Realms. Warhammer Quest: Silver Tower adapts the eponymous board-game; a seemingly endless tower of trials and tests presided over by the mysterious Gaunt Summoner. But as Murch reflects, the new setting isn’t just another installment in the series, but a route to revitalising the core elements of Warhammer Quest:

“You have these really nice sign-posts to hang on to – eight realms, each with a theme, but not dominated by it, four grand alliances, which give you a handy way to categorize armies and characters,” explains Murch. “So, we’ve taken Age of Sigmar’s lead and tried to implant a deep simplicity in our game. Game rules and features are tied to visual clues which don’t require pages of text. Visual short cuts tell you when skills are ready, or how much damage your Champion will do to an enemy. We focused a lot on player experience, so hopefully it’ll be much easier to play and understand than our previous titles.” 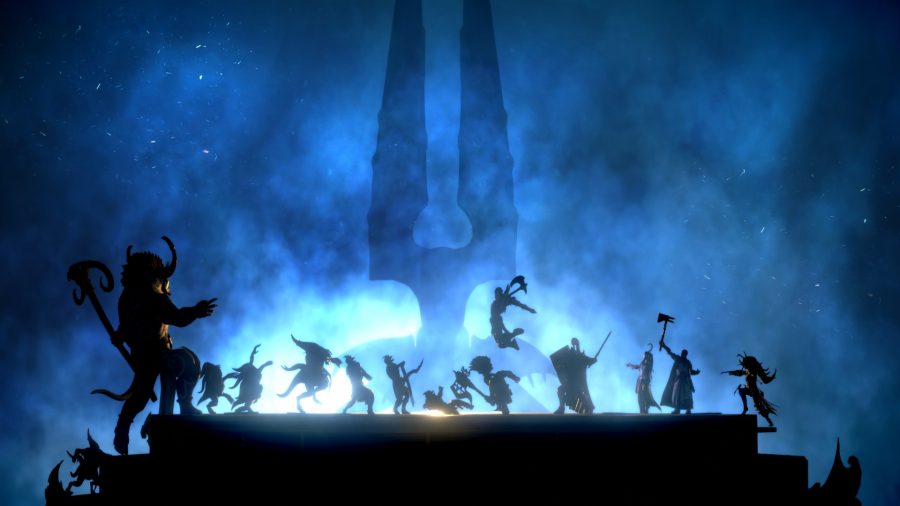 "We wanted to give everyone a cool game to play whenever they wanted to, and we've stuck to that all through development - you can pick up Silver Tower and play the entire campaign in one sitting if you want." explains Murch. "But we are still a games studio with staff and fees to pay. This is our first foray into free-to-play, and learning all the ins and outs has been... interesting!!"

One of the most significant changes to the series, in line with this simplicity, relates to the nature of the Silver Tower itself. Previous Warhammer Quest games have involved connecting rooms and travel between each fight. But as a series of trials, the Silver Tower instead uses stages – tactical flashpoints reflecting the idea that the Gaunt Summoner is orchestrating this series of tests against you. As Murch explains, it was the perfect method to get away from your typical dungeon crawl.

“The setting of Silver Tower is insane, but trying to figure out what to do with an ever-changing, infinite labyrinth of chaos and insanity is a fun challenge,” says Murch. “For me, it’s also the most contentious part of the game. Cutting the larger dungeons into smaller stages. I really love it, and as a designer, they give me so much more agency to create interesting scenarios. As soon as our test players – mostly inebriated friends in various Guildford pubs – actually spent time pondering their moves, we knew there was some worth to our smaller battles.” 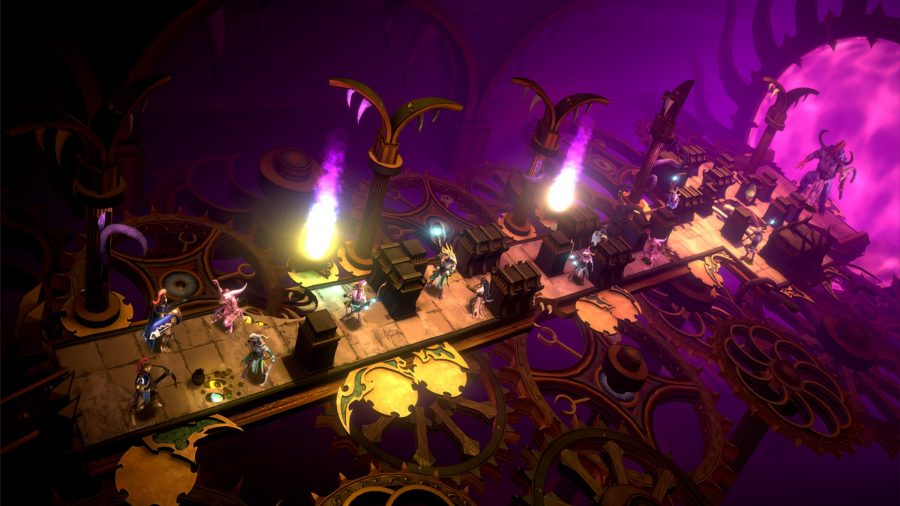 Alongside the battles, some associated features have also been streamlined for simplicity. It’s an appealing concept when so many dungeon-crawlers amount to complex menus, and excessive UIs. Silver Tower’s system of linking gear to specific characters also seems like a good method of simplifying character roles.

But the most exciting aspect of Silver Tower are the heroes. I love Warhammer Fantasy games, but personally find the repeated hero archetypes of Elf, Dwarf, and human get a bit boring over time. Murch has confirmed that the heroes from the original board game will be there, but that others will also make an appearance. Silver Tower has so much potential to showcase Age of Sigmar’s coolest races, and how that setting has differentiated them from their classic counterparts. Also consider that the Gaunt Summoner is effectively a collector, meaning the game’s enemies can also draw from the best the Mortal Realms has to offer. 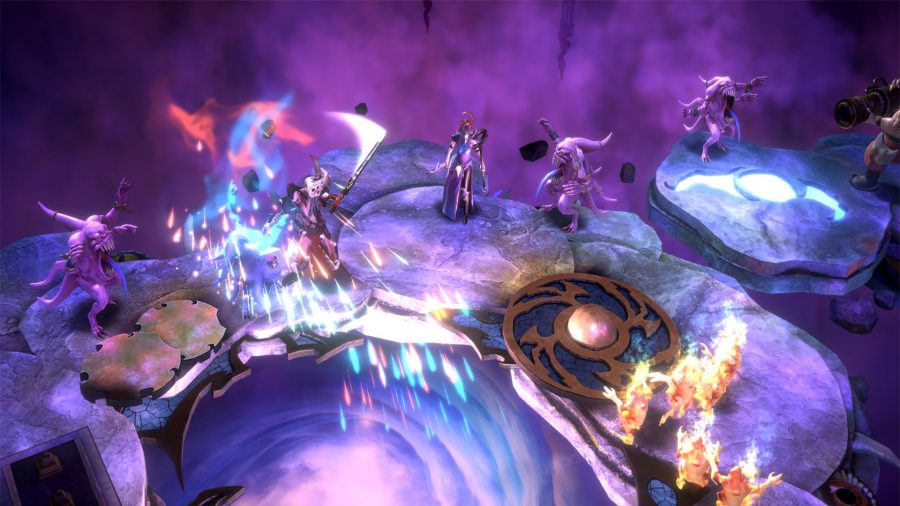 “Our last title was set during The End Times, which allowed us to smoosh together heroes from all the different races, except Chaos,” explains Murch. “This time round, the Gaunt Summoner lures everyone and everything to the tower for his trials, so we have Champions from all four grand alliances in the game. But as with previous Quest games, our Champions are very much blank canvases for the players to put their own stamp on.”

Warhammer Quest: Silver Tower is shaping up to be an excellent installment in the series, simplifying gameplay to create a more enjoyable experience for players. The choice by Perchang to use Age of Sigmar as a setting seems to have granted a good deal of the creative freedom that made this approach possible, but also by basing the game upon such a fantastic structure. The entire idea of  ascending a tower of ever-more difficult trials, just to amuse a mysterious overlord is repeated so often in fiction for good reason. As Murch reflects:

“The Silver Tower is a place of madness and Chaos. Your party is in a bad situation, and they need to navigate through that. Hopefully we’ve captured a little of that crazy.”