WST Snooker is based on the World Snooker Championship tournament, where 32 professionals go head-to-head for a large cash prize. More often than not, games based on real-life sports feel lacklustre on mobile. Whether its the multitude of on-screen buttons in FIFA Mobile, or the difficulty of accelerating, braking, and steering in Real Racing, there is normally something that impacts your enjoyment.

Sure, graphically WST Snooker can’t compare to a console iteration of the sport, but who cares. The details may disappoint when you’re looking around the room, but as far as the important stuff goes: it’s a decent virtual interpretation of the sport. All of this adds to the charm WST Snooker seems to emit. The core mechanics and physics are sensational. If you don’t believe me, go to your local snooker room and just whack a ball. See how far it travels and you’ll appreciate the accuracy that WST Snooker displays.

It’s not about reinventing the wheel and making a snooker game the next Flappy Bird. It’s about offering fans of the sport the most realistic and complete snooker game out there, and that is exactly what WST Snooker does.

If you are unfamiliar with snooker, allow us to explain some details. There are red and coloured balls on the table. A red ball equals one point, and you can only pot a coloured ball once you’ve potted a red. If you pot a red, then a colour, you get the combined score and get to carry on potting until you miss. There are heaps of rules and safety shots to talk about, but that’s for another day. For now, let’s get into why WST Snooker Judd Trump’s the rest.

If you have ever played 8 Ball Pool, you will know how easy it is to play a game and never get a shot. The guidelines are often humongous and incredibly precise, removing all forms of skill from the game. In WST Snooker, you may well get frames where you never get a shot in, but you can appreciate it when it happens. The player skill needed to dominate a snooker table is phenomenal. It recreates the exact snooker experience, but from the safety of your own home.

Maybe you’ve never played or watched snooker, so you might not think there is much skill involved. Think of snooker as chess, but someone knocks your pieces around the room. Each time you get a shot you need to sink that puppy, but you also need to think about your next one. Scoring one and then not setting up for a colour will guarantee your defeat. Snooker is a game where you must think at least one step ahead at all times.

WST Snooker is challenging for rookies and veterans alike

It only compounds the pressure created during gameplay when the stereotypical snooker room commentators chime in with something to say. When you make a great shot and line up the next one, nothing is better than the audience applauding and the commentators gushing over it. Once more, there are a wealth of game modes for you to enjoy, including career, online PvP, challenges, and practice.

With that being said, WST Snooker is not for everyone. It is rare to find enough time to sit and play a frame, let alone an entire game. Issues like the duration of the game aren’t something that can be fixed in the next patch. It’s just a fundamental problem of playing or watching snooker: it takes a long time. It is not unusual for a frame to exceed the 20-minute mark if you don’t break up the reds, or if your opponent is having an off day.

WST Snooker does a lot of things right. The commentary, ball physics, and skill needed to pot a ball are realistic and wonderfully designed. The problem is snooker is not for everyone, which means WST Snooker is not for a mainstream audience. If you are a fan of snooker, or a pool player looking for a serious challenge, this is a must-play. If you like to pick up and play a game for a couple of minutes, then this is probably not the game for you. 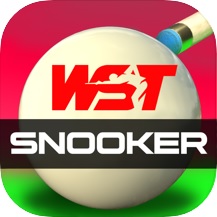