51 Worldwide Games on Switch is exactly what it says on the tin. 51 board games from around the world, digitised and shrunk down to fit inside one tiny cartridge and/or digital download. Some you’ll have heard of, like Chess or Four-in-a-Row (which I knew as Connect 4 as a kid), others may be new to you, like Nine Men’s Morris, Hare & Hound, or Carrom.

As well as board games, there are offerings of popular arcade games like bowling, billiards, darts, and curling, as well as a plethora of card games from Texas Hold‘em to Takoyaki. I’m not going to review all 51 because, well, firstly this isn’t strictly a review, and secondly we’d be here for hours.

While I might stray into some nostalgic anecdotes or game preferences, I’m really here to talk about the undeniably lovely experience 51 Worldwide Games provides. The wide and diverse selection of games is rivaled only by those dodgy 200-in-1 cartridges that one of your primary school classmates would always hoard to themselves like a valuable treasure rather than something their parents bought for a fiver on eBay.

However, instead of being able to play Gonic the Groundhog and Crazy Kong, you get 50 diverse, wonderfully-crafted games. You can take on the AI at various difficulty levels, remove your Joy-cons for screen-sharing play, play online, or align your Switch with someone else’s to double the screen size and play together.

Now, I can’t say in the time of social distancing I’ve tried any split-screen or double-screen action, but even playing alone or online is a wonderful way to learn about new games, hone your skills, and work your way up to being a Grandmaster. Perhaps it’s because I’ve just binged The Queen’s Gambit on Netflix – or maybe it’s just a flair for the dramatic – but there’s no finer feeling than confidently proclaiming “Rook to Knight Three” to nobody in particular, seconds before aforementioned Rook gets taken by a Bishop you didn’t see lurking on the other side of the board. 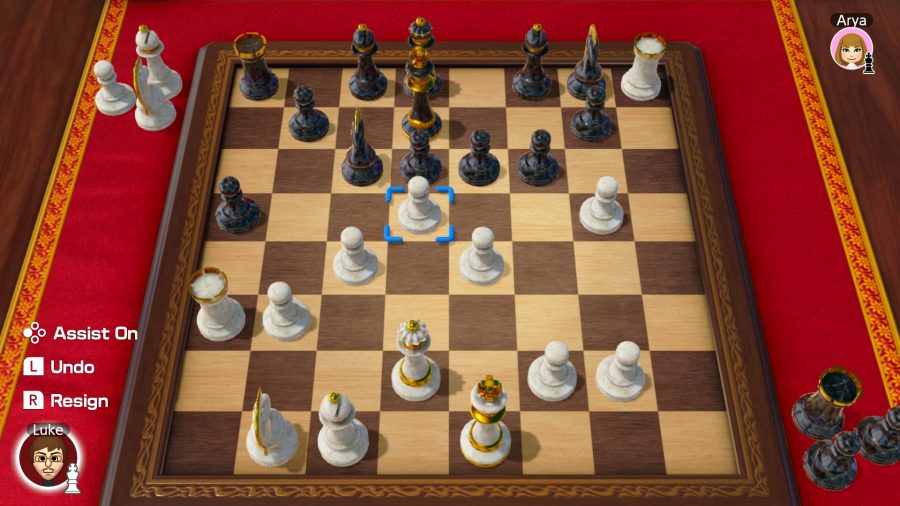 This is also one of the first times that I’ve encountered a digital version of Mahjong that evokes my nan’s Christmas tradition rather than playing through a glorified game of pairs (although that option is also available should you wish). I’ve relived childhood games like Mancala and spent far too many hours trying to roll the perfect Yahtzee score in Yacht Dice. Global “guides” offer me Mario skins for my games of pairs, and are the only reminder that I’m playing all these games on a portable Nintendo console rather than a physical version.

It can be a game that you binge – I played 10 games of chess in a row yesterday in an (unsuccessful) attempt to beat the “Impossible” CPU – but it’s best as something to dip into, play a couple of minutes of Pig’s Tail, a round of golf, or a hand of Sevens while you wait for the kettle to boil or the ad break to be over. Whether on the toilet or on the tube, I’ve enjoyed learning about new games and cultures as much as I’ve replayed old favourites and attempted to master the classics.

But more importantly than being stimulating and interesting, 51 Worldwide Classics is a fundamentally fun game – and what more did we need last year? 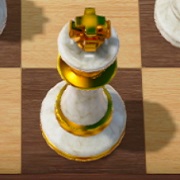