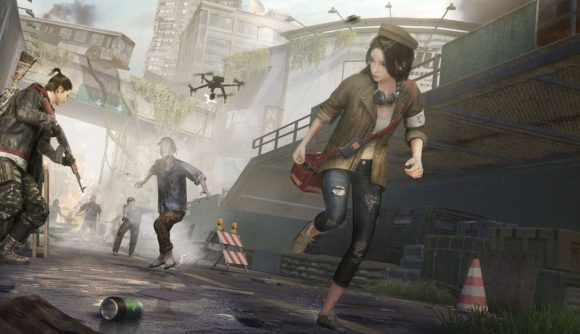 Dawn Awakening is a zombie survival game from Tencent, who also brought us PUBG Mobile and Call of Duty: Mobile. While we don’t have an exact release date, we can confirm Dawn Awakening enters a closed beta test in China on September 16.

Tencent’s Lightspeed & Quantum studios revealed that Dawn Awakening aims to bring a console-like survival experience to mobile. The two-minute trailer revealed integral parts of gameplay, including scavenging for supplies, building your own base out in the wilderness, and tonnes of zombies. We were also given a glimpse at the world map, revealing multiple locations to explore, including small towns, a once densely populated metropolis, and plenty of wilderness.

What may well set Dawn Awakening apart from the myriad of zombie survival games on mobile is the dynamic weather, deadly interactive environments, and your survival meters. It appears that even features like cleanliness have been taken into account, as dirty clothes attract zombies, and poor hygiene upsets NPCs. Whether you are a fan of Tencent or not, Dawn Awakening looks like a well-polished, base-building, zombie survival game built for mobile.

Daniel Ahmad, a senior analyst at Niko Partners, broke the news over Twitter and was kind enough to include the new trailer. If you haven’t seen anything about Dawn Awakening, then we thoroughly recommend watching the trailer below.

Dawn Awakening is built on UE4 and aims to bring a console like game experience to mobile. pic.twitter.com/Cg7maWegmZ

Precise details about Dawn Awakening are still emerging, but it looks like the game definitely has a base-building component, as well as some character management, all while avoiding the swarms of bloodthirsty ravenous zombies.

If you would like to pre-register for Dawn Awakening, you can do so from the TapTap website for both Android and iOS devices.