Albion Online‘s Grim Challenge is returning, bringing new loot, activities, and a Pest Lizard mount back to the popular sandbox MMORPG. Running for the entirety of November, the Grim Challenge celebrates this spooky time of year with seasonal fare and special tasks, culminating in the ability to claim the legendary Pest Lizard. An ever-popular mount with limited availability, the Pest Lizard is a slithery companion equipped with a Toxic Cloud ability that causes enemies to become disoriented and confused.

To make the most of Allhallows and the Grim Challenge, you’ll need to earn Challenge Points. Challenge Points can be earned by interacting with the world – gathering, fishing, farming, and killing enemies.

The seasonal rewards can then be earned through Grim Challenge Chests, an unlockable box of tricks and treats, including Adventurer’s Tomes, Silver, and other loot types. Four festive furniture items will occasionally appear – the Empty Coffin, Grim Gravestone, Grim Lantern, and the Weeping Woman Statue.

Players who manage to gather impressive amounts of Challenge Points will be able to unlock the Grim Challenge Avatar Ring, which shrouds their avatar in a spooky skull-topped frame. This is one of the few seasonal items that cannot be traded, although it can be given to the Vanity Merchant in exchange for one Adventurer’s Token. 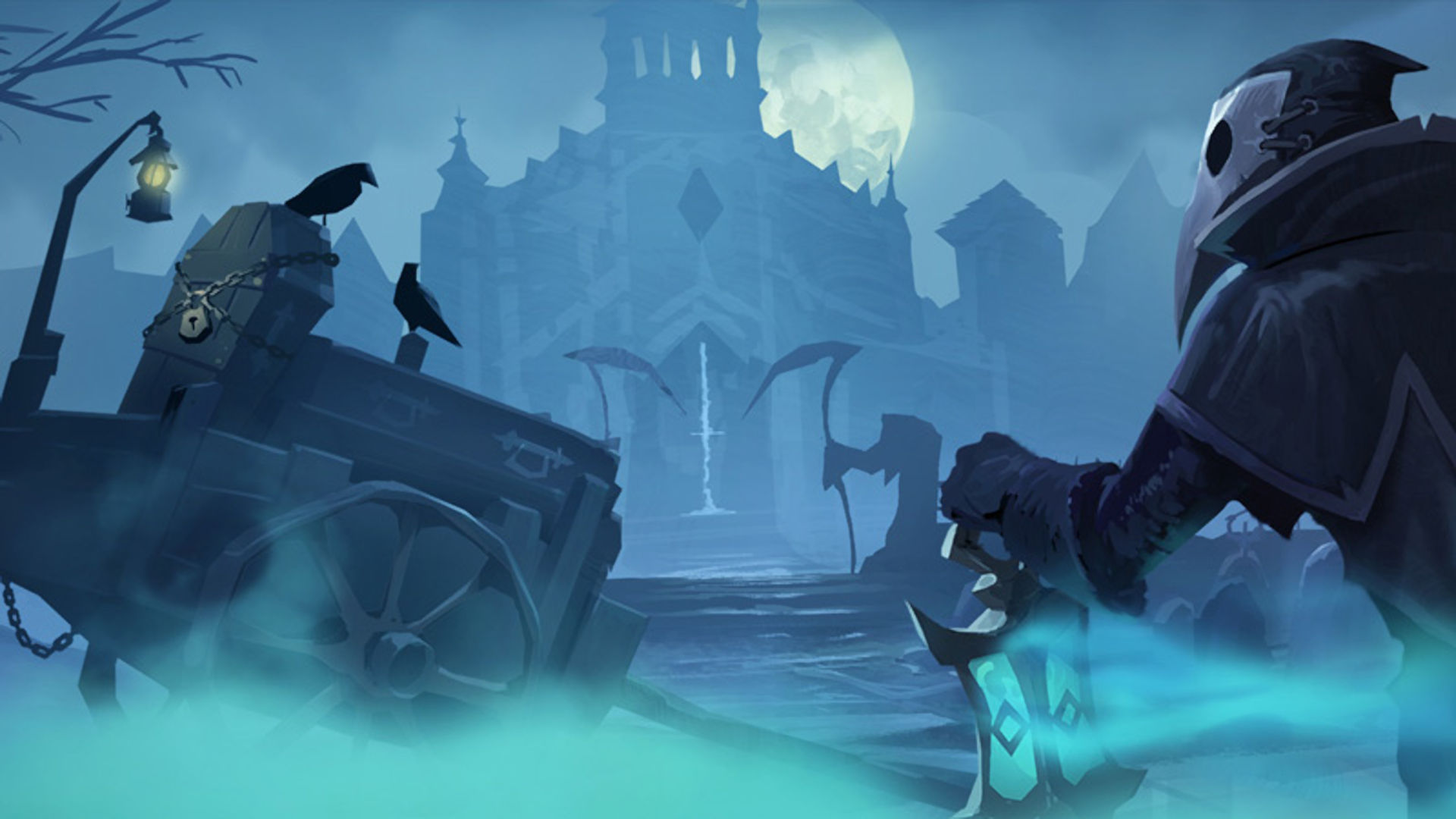 All Challenge Points earned during the month of November will simultaneously count towards a daily bonus, a weekly unlockable chest, and the monthly rewards – the Avatar Ring and Pest Lizard mount.

Even if you miss your chance to earn November’s spooky items, there are plenty of ways to get everything you need to succeed. Albion Online functions through a complex player-driven economy, where different biomes yield unique resources, meaning the prices change in markets across the map. Players can dedicate their entire playstyle to farming and gathering resources, making an honest living through the buy and sell functions of each city’s Marketplace. When interacting with this Marketplace, players are able to set prices for items in each city individually.

For those looking at making a slightly less honest living, the game also has a thriving Black Market, where roving mobs get their loot. The prices on the Black Market are dictated by the actions of players in the game’s world, creating a surplus or demand of resources and items and often providing competitive prices.

If you’re wanting a slice of spookiness this November, Albion Online is free to play on PC, through the App Store, and on the Google Play store.