2021 has been a huge year for Albion Online. Not only has the MMORPG celebrated its fifth year of release, but after so long of being a PC-exclusive, it saw a wide mobile launch in June, bringing the game to even more people without compromising on what made the PC version so beloved.

But an even bigger update has been brewing for all players, one that fundamentally changes the very way fans will experience Albion Online. Launching today, the Lands Awakened update adds a whole host of new features, the most obvious of which will be the new lick of paint the game has received across every single biome of the world, making the lands come to life like never before.

There’s even more to dive into beyond the graphical improvements, including a new mob system which creates greater risks in exchange for greater rewards, a revamp of the static open-world dungeons, a new weapon line, Headquarter Hideouts, and plenty of other additions and changes. Here’s a look at everything you can enjoy in Albion Online’s Lands Awakened update.

The biggest and most obvious update to Albion Online is its graphics. While still retaining its signature look, the game now boasts more variety and diversity in its biomes and sub-biomes, with the environments twisting and changing as the danger level of each area rises. The forest, for example, will be bright and teeming with woodland creatures in easier areas, but as you venture deeper and the threats become greater, the trees will become darker and denser to match the more sinister mood. 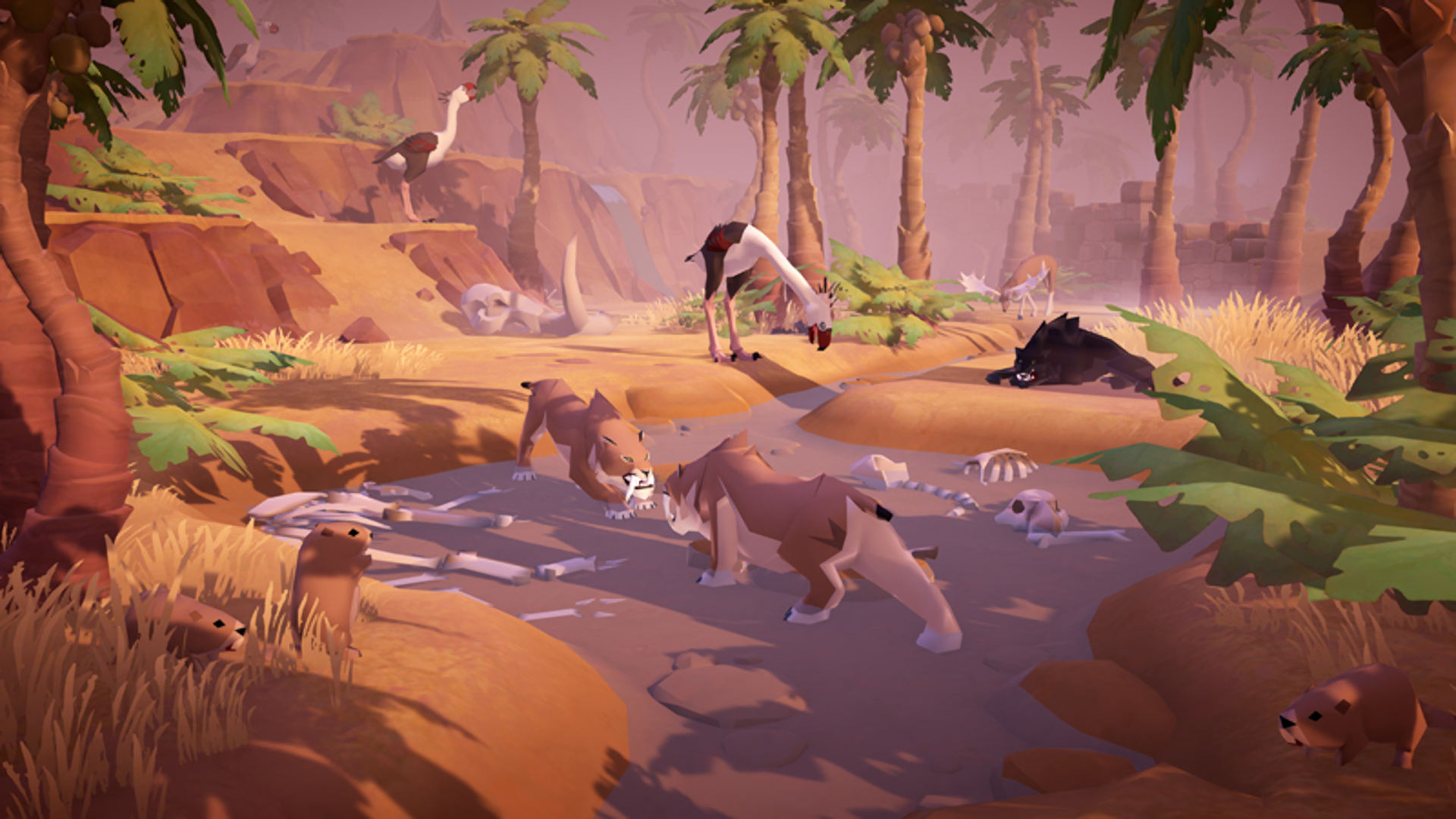 Some areas have also received new layouts to allow for more strategic battles, using a biome’s distinct features to create more interesting battlegrounds, and form obvious chokepoints to ensnare your enemies in. And to top it all off, adaptive combat music has been added to bring more tension to battles, along with a host of new music across the game to truly bring the world of Albion Online to life. 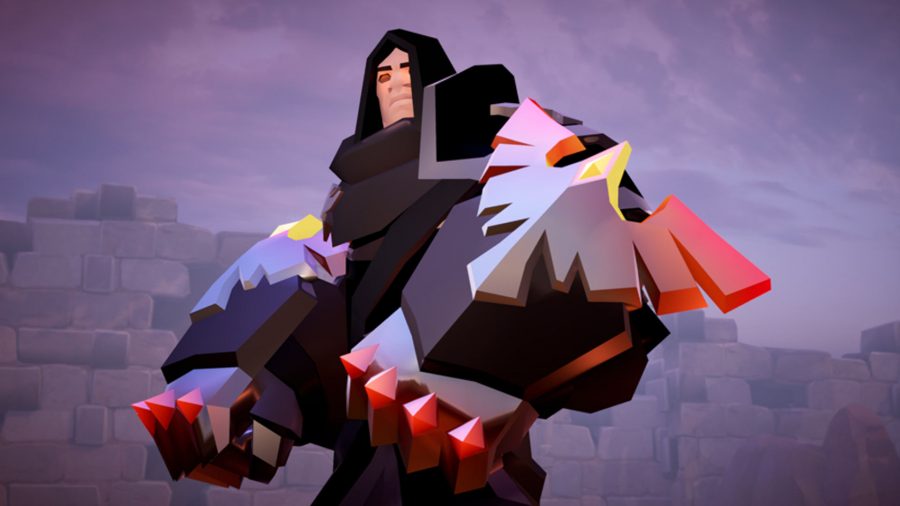 New environments deserve new battles for you to enjoy within them, and Lands Awakened has made some interesting tweaks to give you just that. Mobs will now steadily increase in power the longer they’re left alive – they may still be tough early on in their lives, but leave them alone for too long and you’ll need a powerful group of friends to help take them down. Of course, more powerful mobs also means more Fame and better loot, so it’s up to you whether you want to take the risk for the bigger reward.

On top of that, there’s a whole new way to get into the fray with the new War Gloves weapon line. These enormous gauntlets come with three new base weapons, four artifact weapons, and 15 new abilities to unlock to help you pummel your enemies. War Gloves are naturally melee-focused and are best used to keep your enemies engaged in battle with you while a bigger damage dealer comes swinging in to deliver the killing blow. They even have some ranged capability, so you don’t always need to get up close and personal with your foes to enjoy a battle. 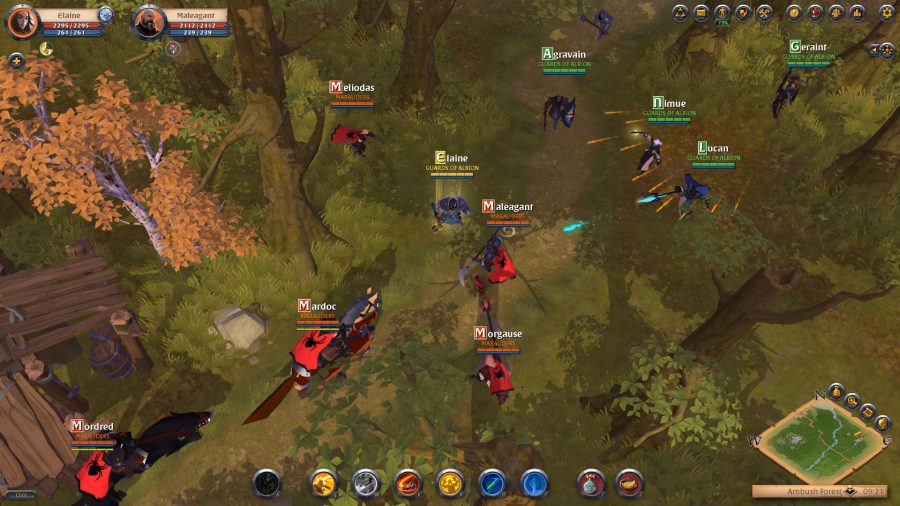 As longtime fans will know, Albion Online’s PvP is more than just a chance to smack each other about with your favourite weapons. There’s a complex web of political alignments to contend with, thanks to some guilds dominating the landscape and soaking up other smaller guilds in their path who can’t hope to match up with the bigger group’s strength.

That adds to the rich lore building up in guilds across the game, but it can make it harder for smaller guilds to find their footing in the Outlands. So to help out, Albion Online is adding in Headquarters Hideouts, which are invulnerable to attacks during a region’s battle time, allowing new guilds to settle in without the risk of being obliterated by a larger group. However, this invulnerability has to be maintained by picking up Hideout Power Cores in the world and safely returning them to your Hideout – fail to do this, and you’ll be easy pickings for a hungry guild. 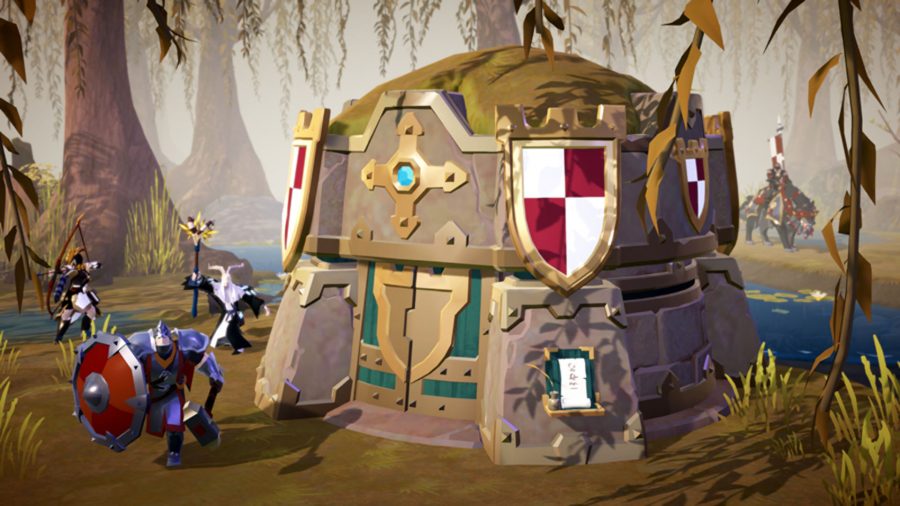 Guilds can also keep an eye out for other Power Cores and Energy Crystals that will give them a huge boost when secured. However, these can’t be transferred by mount, so you’ll have to take a slower route – or call in some of your guild to help out. On top of all this, Treasures will now spawn randomly instead of at fixed times, giving solo players and those in small groups more of a chance to stumble across a big reward and take it for themselves before an experienced guild can swoop in and take it for themselves.

There’s so much more to uncover in the Lands Awakened update, but the best way to understand is to jump in yourself. You can download Albion Online for free today with all this new content on the App Store or Google Play – there’s literally never been a better time to get involved.