If you grew up on old school MMORPGs like Runescape, Guild Wars, and World of Warcraft, you’ll feel right at home in the sprawling fantasy world of Albion Online. Now that the game has finally arrived on mobile, it’s time for you to get acquainted with what just might be your new favourite MMO.

When you’re bored on a train or need an escape during a work break, there’s nothing better than to lose yourself in an immersive fantasy RPG. Enter Albion Online, an expansive sandbox MMO that first launched on PC back in 2017. In 2018, the game hit the biggest gaming PC marketplace – Steam, before going free-to-play in 2019, adding hundreds of thousands of new players to the game’s bustling open world.

Berlin-based developer Sandbox Interactive has been hard at work adding content to the game since its initial launch, and this year, the game has finally made its way to mobile.

We know what you’re thinking – with all the MMOs out there right now, why should you check out Albion Online? The answer is simple – because Albion brings a level of depth that is unusual for most MMOs, let alone those on mobile. The ethos at the heart of Albion is about independence – this is a world built for players to forge their own path in, rather than follow rigid questlines and story arcs. 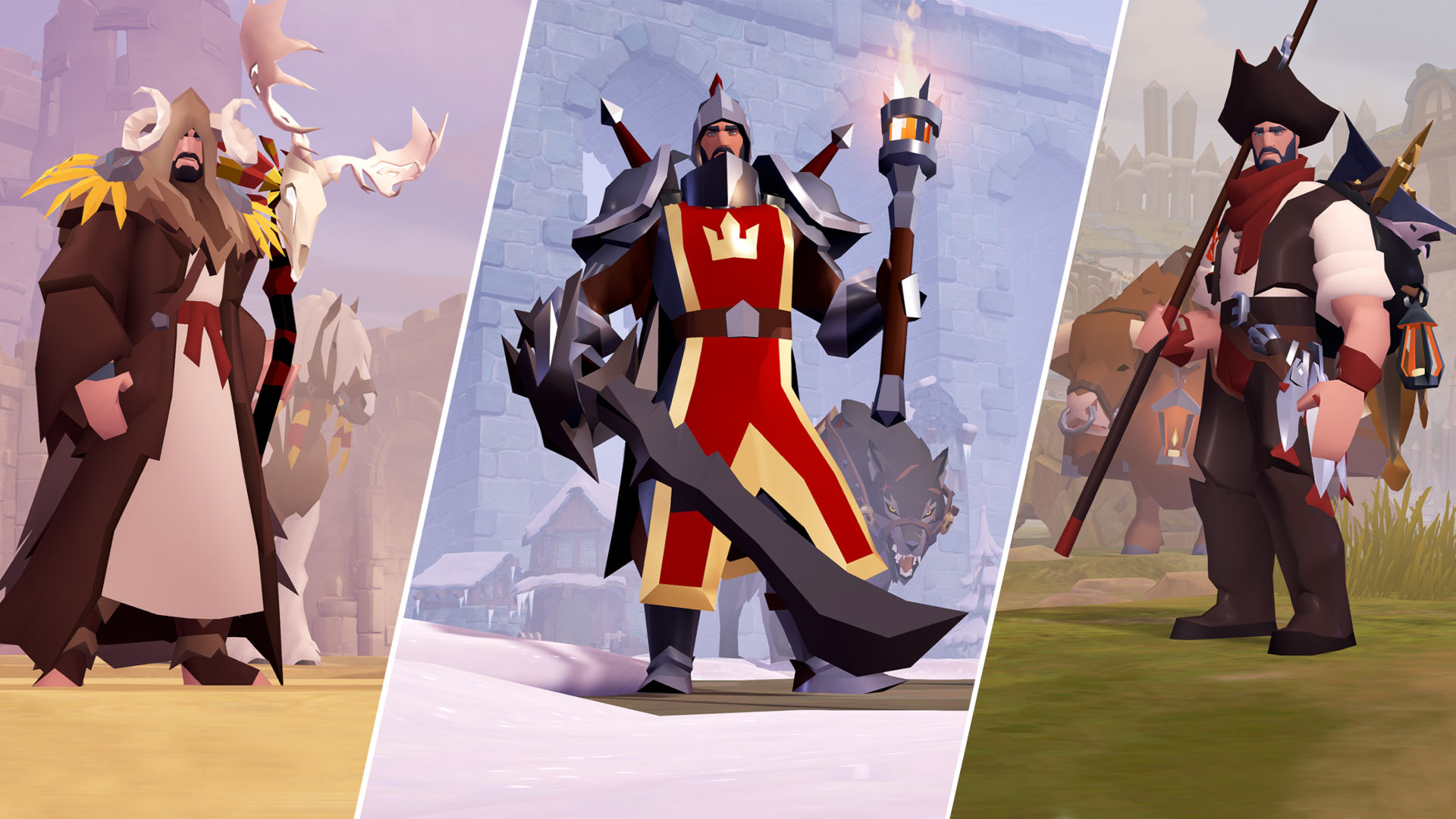 As such, the vast open world has many layers of interactivity. Furthermore, the entire economy is player-driven, meaning that items and resources have real value in the in-game marketplace. Choose your path, whether you’re a fighter, farmer, merchant, craftsman, or a combination of all of them.

Every piece of equipment is crafted by players and gathered by players. As is becoming increasingly popular in MMOs, you don’t have to choose a set class in Albion, instead, you are able to freely switch between roles at any time by switching up your gear. Swapping from a Knight to a Mage is as simple as changing your equipment, and you can equip combinations to make your character a hybrid of many different roles.

Every adventurer needs his home and hearth to return to, and in Albion Online, you can build a settlement all of your own. When you’re finished questing, retreat to your private island, where you can build your homestead, tend to crops, and raise livestock.

When you’re ready to win honour and glory on the battlefield, there are plenty of options for you to put your crafted weapons to good use. You can team up with other players or adventure solo, exploring dungeons and taking part in epic player-versus-player battles, all while building up your wealth. You can also plunder ‘danger zones’, unrestricted areas where players can attack other players and steal their loot in a winner-takes-all free-for-all.

There is also a strong social aspect to Albion Online. Join up with a Guild to adventure together, sharing your plunder amongst your allies. Take part in political struggles and wage war for territorial control in gameplay systems reminiscent of classic MMOs like Eve Online. 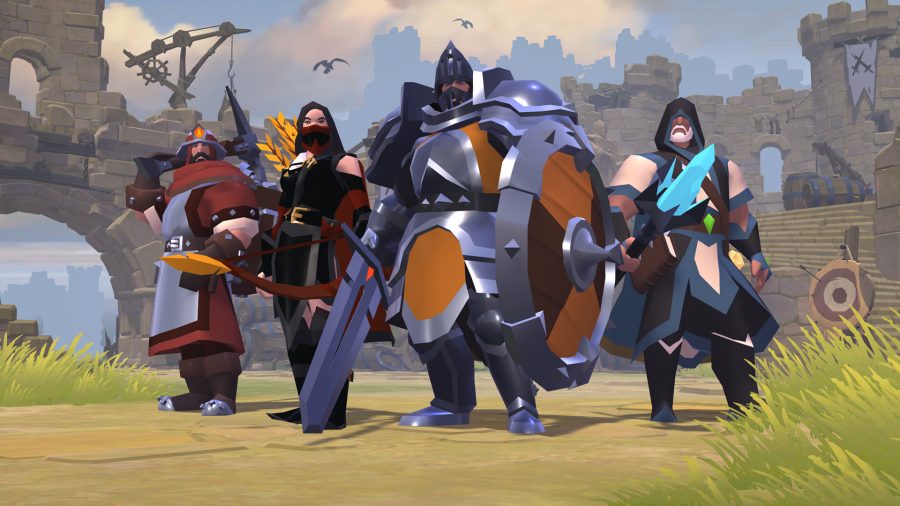 Now that Albion Online is available on mobile devices, you can get lost in the huge open world wherever you are. The mobile version includes full cross-platform play, meaning you can freely switch between playing on mobile and PC without losing any progress. The innovative control scheme allows you to accomplish many in-game tasks on the go, before coming back to your PC setup to continue your adventures.

Cross-platform progression is particularly useful when it comes to farming and crafting items – you may choose to work on building up your resources and crafting weapons on mobile before taking them into PVP battles on your PC. The mobile game contains the full Albion Online experience, so there’s no limit to what you can achieve while playing on the go.

Since its initial launch in early access, Albion Online hasn’t stopped growing. Sandbox Interactive is dedicated to rolling out new updates, adding new items, enemies, and other content on a monthly basis.

The next major update, Lands Awakened, is due late November and adds a suite of new features including new weapons, items, and game mechanics. Seven new weapons and 15 new abilities will be added to the game, along with the new melee-focused brawler gameplay style and dedicated combat and crafting masteries. Sandbox is also adding HQ Hideouts, allowing players to take shelter while exploring the Outlands, using power cores to make it invulnerable to attack. 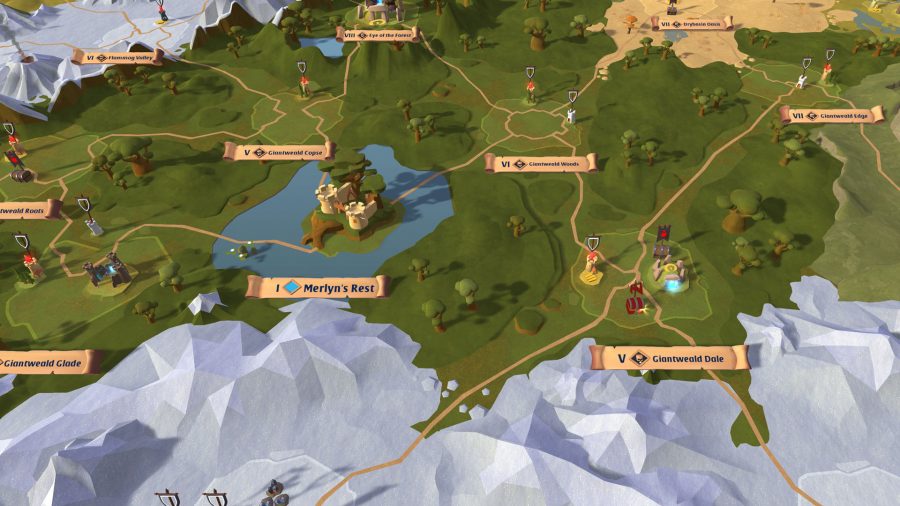 Sandbox is committed to continually improving and adding to Albion Online, so you can expect plenty more updates to come in the future. Earlier this year, they rolled out the Call to Arms update – a huge expansion that reworked Faction Warfare, allowing Factions to take over entire regions of Albion, in addition to outposts. The world of Albion also grew, expanding the Royal Continent with many new and exciting regions to explore and conquer.

You can download Albion Online today on iOS via the App Store, or on Android via the Google Play store. The game is also available on Windows, Mac OS, and Linux directly from Albiononline.com.