First released in 2015, Alto’s Adventure received pretty wide acclaim, though it was clear to everyone where its influences came from. In terms of other mobile games, it’s like Tiny Wings (a game I sunk many hours into) or Ski Safari. But the team took influence from indie classics like Journey and Monument Valley as well, which is the key area where Alto’s Adventure stands out.

As Alto, you need to ride down the mountain and collect your stray llamas. Tap to jump, hold to rotate, and that’s it. You’re good to go. Land tricks to get a speed boost, avoid rocks, make perilous jumps, and see how far you can get. It’s wonderfully simple, in a way that feels instantly useable. No one will have trouble picking this game up. So, in terms of gameplay, it’s solid, but pretty much how you’d expect. The stand out aspects of Alto’s Adventure come in the presentation.

Firstly, the art style is simple, rich, and gorgeous. The background changes from open sky to thick woods and gives the whole game depth. There’s also a day and night cycle that helps this too, as one run ends in failure, a new run starts at night, with rain pouring down. It’s not just a stylistic change, however, as darkness makes things harder to see, therefore making the game harder to play. That’s pretty cool if you ask me. 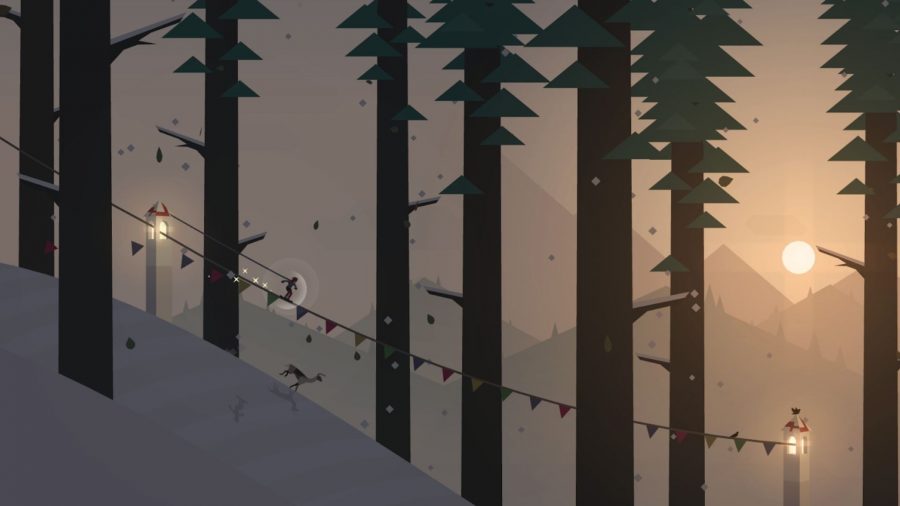 It succeeds loudly at everything it’s trying to do

Secondly, the music is exceptional. It has a slick, driving piano, giving the whole game a sense of adventure and freedom, but it never overbears. It just hangs out with you, gliding along, meshing with every flip and jump. This is what helps raise Alto’s Adventure to another level. It is holistic, with every aspect complementing every other – a showcase of pure style.

While the gameplay is simple, there are other elements that help to deepen the experience. There are challenges, given three at a time, and as you climb through them, you discover new elements that you may have missed. There are also customisation options, as well as items that can make your runs easier, but I never engaged with them. It’s nice that they’re there, but I never felt the urge to do anything with them. The game is more than enough without it.

This remastered version expands the original with new elements – a new character that you can discover by collecting artefacts on your runs. This new character then adds new lost goals, making this endless snowboarder even more endless. And, as you can transfer your save from the original, if you’re an Alto aficionado, you can pick up where you left off and find new challenges to sink your teeth into. 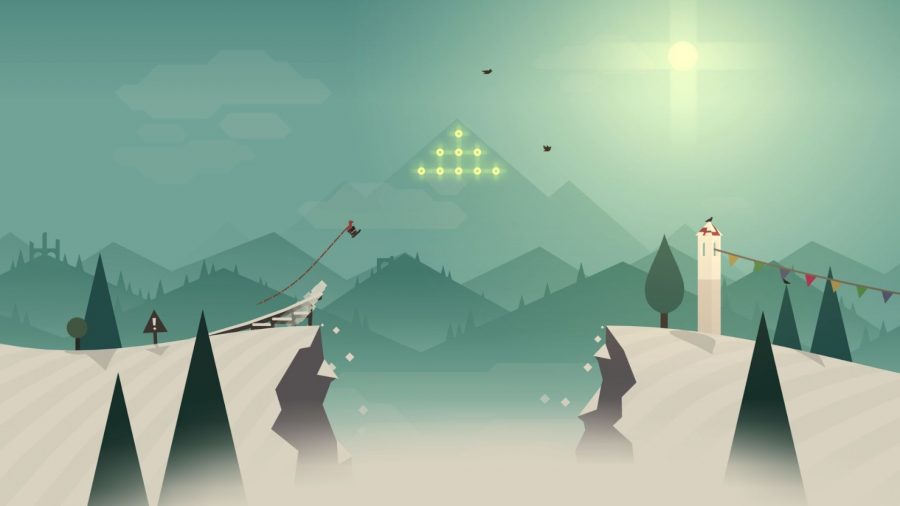 I played Alto’s Adventure on both my iPhone 11 and my M1 Mac Mini. Playing on the phone screen is great, but it’s much more challenging. The small size makes nighttime rocks very hard to spot. As soon as I switched to my big lovely monitor, I doubled my best distance. This is kinda inevitable with any game where vision is key, so it’s great that saves transfer seamlessly across all devices.

All in all, Alto’s Adventure is a slick, simple, and rewarding game. This remastered version extends all those aspects, gives the player more to chew on, and is on Apple Arcade. If you’re a subscriber, jumping down this slope is a no-brainer. It is a top-tier mobile game, a perfectly well-rounded experience. It isn’t groundbreaking, but it succeeds loudly at everything it’s trying to do.

Alto’s Adventure: The Spirit of the Mountain review

Everything that Alto's Adventure did seven years ago has been perfected in this remastered version. It's still the same game, but its simplicity feels timeless. Now there's just more to do, and doing it is great fun.

Read More
Alto's Adventure: The Spirit of the Mountain review