Animal Farm is a game all about cycles. As the seasons roll into years on the newly liberated farm, we take charge of a group of animals doing their best to form a fair new society. But just as in the original novella, this is an attritional task, one that sees them worked to the bone, sacred laws trampled, and the slow vice of power gradually taking hold.

Just as Orwell saw Stalin subvert the communist party of Russia through manipulation for selfish means, Animal Farm acts as a warning against the creeping tendrils of authoritarianism. How even something created with good intentions can become twisted by greed.

But the whole point of warnings is that they can break a cycle and stop events from repeating themselves. With eight different endings, I found that the true play of Animal Farm wasn’t about finishing the game, but was actually the search for that elusive good ending; to find a way to stop things turning sour on the farm, and keep that revolutionary fire lit.

Is one of those eight endings actually good? I don’t know. But simply struggling against the game’s repeated cycle of descent and corruption hammers home the sense of powerlessness and futility that the original novella conveys. But let’s talk a little more about how the game actually works, shall we?

Each playthrough starts with the revolution on the farm, as the animals expel Jones, and the tenets of Animalism – their new revolutionary ideology – are laid down. But the game itself feels like some strange combination between a kid’s storybook and resource management. You use a magnifying glass to hover over a painted tableau of the farm, selecting different tasks for the animals to perform. 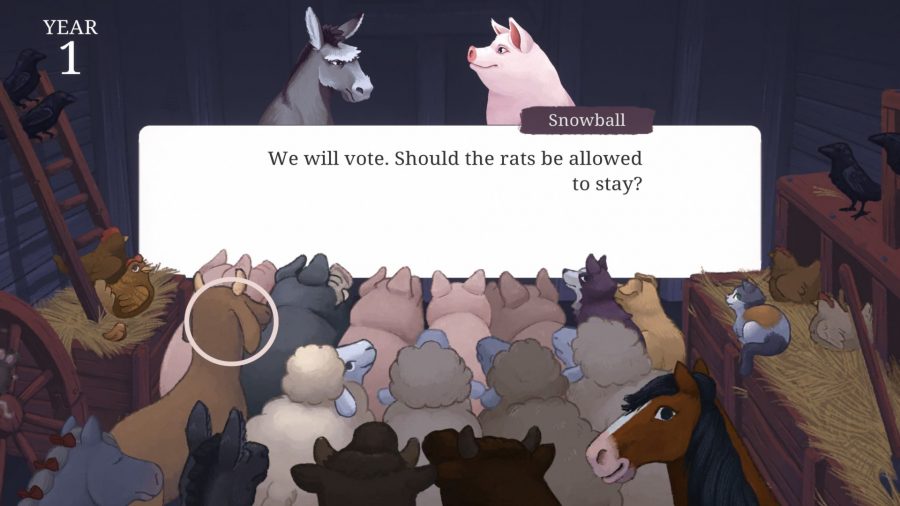 Laws of the land

Throughout Animal Farm you can check in on the seven laws of Animalism - the founding tenets of the ideology. The ones that you've broken in each playthrough show up in red, which is a fun reminder of how much you've screwed up.

This is mainly led by Abubakar Salim’s powerful storybook narration, as he describes each situation you’re dealing with. It could be as simple as “The chickens wake up, what do they do today?” or as monumental as “Humans are attacking the farm, what do we do?” Depending on your choices, the welfare of different animal factions will rise or fall, and if it drops to nothing, they will die.

It’s a clever system that requires you to share the work around. Beyond that, you also have to balance building defence – to minimise losses when humans attack – produce food so animals don’t starve, and keep your ‘Animalism’ high, which affects the general happiness on the farm. It really is a tightrope, and on multiple occasions I invested too much food in improving the farm, and animals starved. 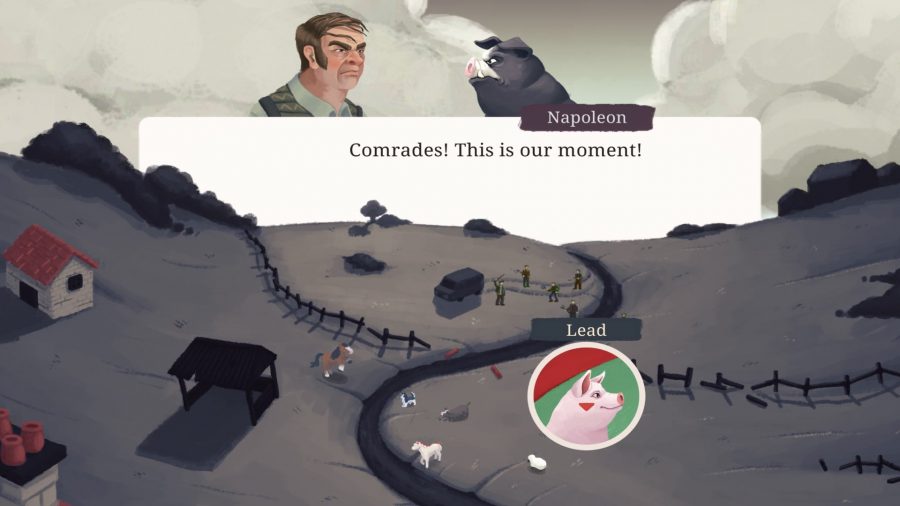 The seasons last for an indeterminate amount of time, and before you know it, winter is upon you

Favouring factions also doesn’t work, as all the animals on the farm fulfil a specific role. Anyone who’s read the novella, for example, would kill off the pigs as soon as possible, but they are the brains behind the operation, and without them you can’t organise a harvest, or make future plans. In this sense, I think the game actually makes a great point here, that even the pigs play a vital role, and without them there would never have been a revolution.

On the whole, Animal Farm actually reminds me a lot of the tabletop RPG, ‘The Quiet Year’, which is all about forming a new society during a short period of safety. The return of the humans in the game feels like a significant threat hovering in the not-too-distant future that you must prepare for, but just as in The Quiet Year, seasons last for an indeterminate amount of time, and before you know it, winter is upon you. 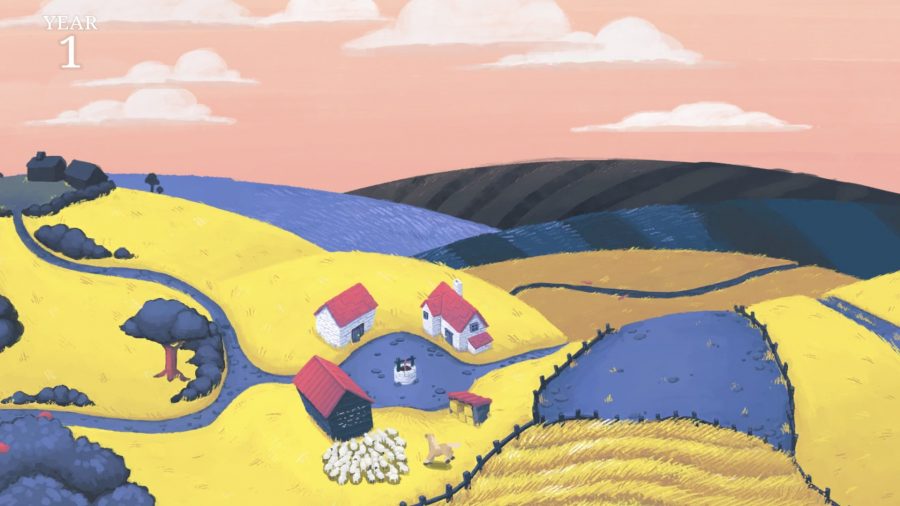 If anything, I’d say my biggest criticism of Animal Farm is, ironically, that I think it follows the novella too closely. Often you’ll see the same narrative beats crop up, and realise that you have no power to change them, which in turn changes how you approach the next playthrough. The setup for Animal Farm is very strong, but the fact that some things happen no matter what you do feels counter-intuitive with the mission of the game, i.e self-determining a new society.

But Animal Farm is a strong adaptation and will certainly make the people who’ve played want to read the novel – even if just to see whether what they did actually happened. While I’m not overly fond of the art style personally, I do think it fits, and Abubakar Salim’s narration, as well as the writing in general, is wonderful. You do occasionally get repeat scenarios, but you’ll also see that in Reigns and most other games reliant on random events. I do think Animal Farm could’ve stepped out from under the novella’s shadow a little more, but it still allows enough freedom to be very enjoyable.

Animal Farm's struggle against cycles of corruption brilliantly captures the novella's sense of powerlessness, even if it does stick a little too closely to the source material at times