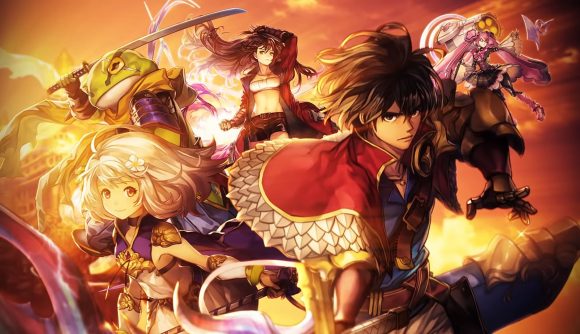 WFS Inc has announced that its popular RPG, Another Eden, has achieved five million downloads since it first launched back in 2017. So to celebrate the momentous occasion WFS are giving away a free five-star unit – all you need to do is play through the special encounter which is available until September 16.

For those that don’t know, Another Eden: The Cat Beyond Space and Time – to use its full name – is a mobile JRPG that first dropped a few years back, before releasing worldwide early last year. Since its release, Eden has received a lot of praise for its story, soundtrack, and characters, soliciting many favourable comparisons with RPGs on PC and console.

But don’t take our word for it – you can watch the launch trailer below:

To further celebrate the five million, we are also getting a Divine Paladin version of the character, Anabel, and there are plenty of other fateful encounters for you to try, as well as two special summer campaigns to undertake.

If you want to see what all the fuss is about, Another Eden is available on Google Play and the App Store. If you’re currently wanting for more recommendations, our list of the best mobile RPGs, and best mobile MMORPGs have plenty of great games to choose from!