Whether you’re a fan of skulking through the shadows and picking off targets as quietly as possible, leading a great army into battle against hundreds of troops, or going all out on your own and eating everything and everyone in sight, you’ll find something to love in AppGallery‘s latest collection of games.

Three new Ubisoft games have been added to the AppGallery store, Huawei’s own App distribution platform and one of the world’s top three mobile ecosystems, with Assassin’s Creed: Rebellion, Hungry Dragon, and Might & Magic: Era of Chaos now all available to play, and they’re all completely free. You may already have an idea of which one you want to play first, but hey, you may as well give them all a try.

Assassin’s Creed: Rebellion you might already know about – you’ll have certainly heard of the series, and this mobile take gives you the chance to build up a small army of assassins to send out on missions. Hungry Dragon, meanwhile, is exactly what it sounds like, giving you control of a dragon with a mighty appetite and setting you free in a fantasy world to feast on anyone foolish enough to get in your way.

Might & Magic: Era of Chaos is a little more involved, and sees you recruiting characters from the classic Heroes of Might & Magic universe to battle through story missions and PvP battles. Let’s take a closer look at each of these games before you head off to download them. 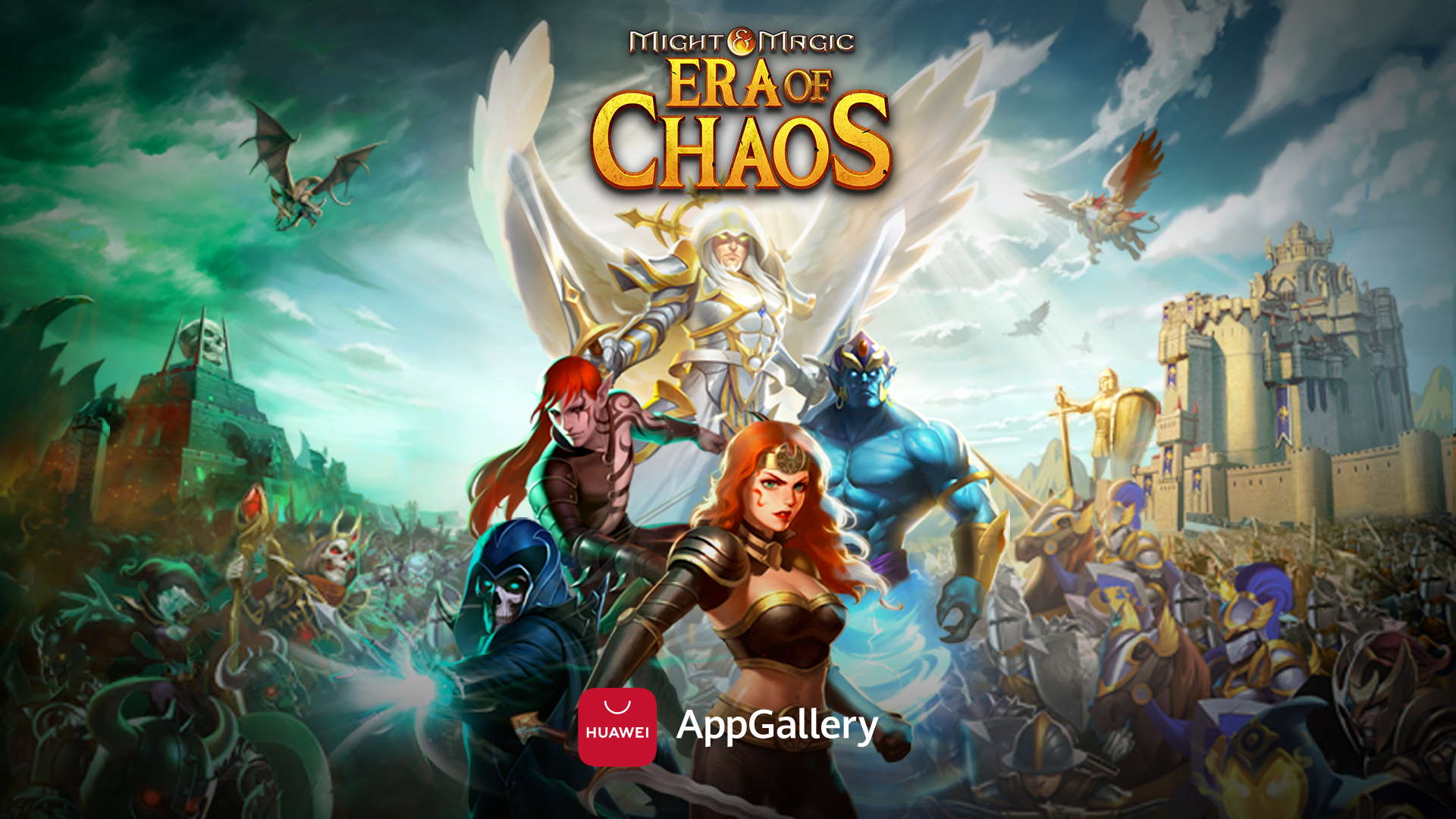 It’s possible that you already know about the adventures of Ezio Auditore, Altair, and other classic Assassin’s Creed characters – but what about bringing them all together to form the brotherhood? That’s what Assassin’s Creed: Rebellion is all about.

You’ll be able to build up your own headquarters, filling it with rooms to train your brotherhood and make them more effective in battle, as well as places to upgrade equipment and more. Then you’ll pick a squad to send into the world, and use them to infiltrate heavily-guarded areas and take out those that stand in your way.

And, as mentioned, you can do all this with some of the biggest names from the series. Want to bring together Ezio, Evie Frye, and Eivor for an excursion? That’s absolutely a possibility.

This one’s super easy – you’re hungry, you’re a dragon. What more is there to say than that?

OK, so maybe there’s a bit more to it. Set in a mediaeval fantasy world, Hungry Dragon has you starting life as a relatively small dragon with a need to feast. You’ll unlock new dragons as you go, which all have their own different quirks, giving you a different way to play each time.

Naturally, since you’re a dragon, you can breathe fire on everything, which will be useful for fighting the humans and monsters that fight back. And if you don’t like your odds in a certain encounter, you can speed away from that battle and go searching for something to snack on elsewhere. You might even unlock a legendary dragon, some of which are… dinosaurs. Hey, whatever works.

This one’s for the strategy fans out there. Might & Magic: Era of Chaos sees you building up an army of warriors and steadily increasing your might, both to take down real-world foes from around the world and enemies in the game’s epic story.

You can collect a multitude of characters from across the Heroes of Might & Magic series, then place them on the battlefield where they’ll have the most strategic advantages over the enemy. Battles are fast-paced and brutal, with damage being dealt in the blink of an eye, and entire armies being wiped out before you know what’s going on. 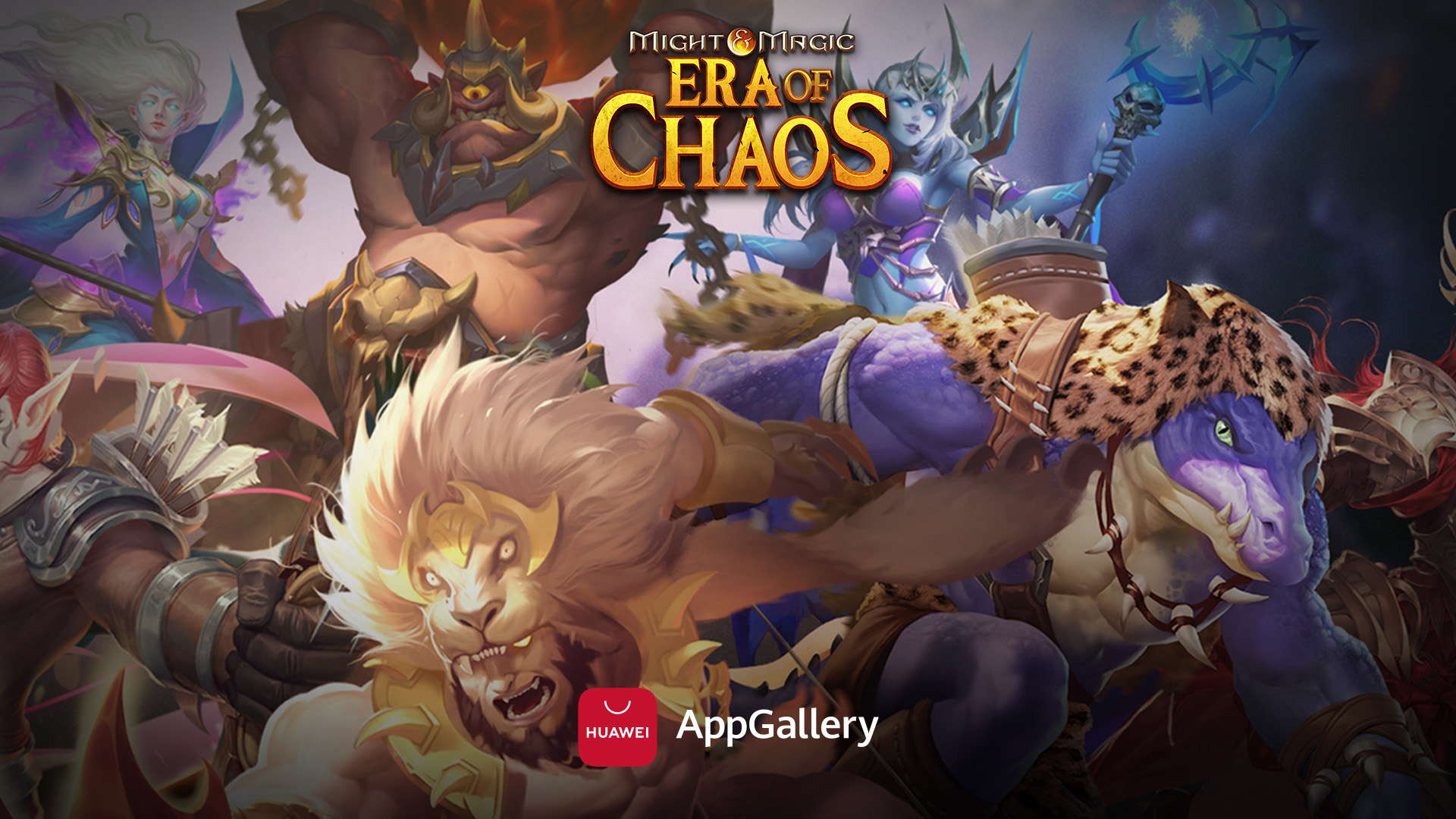 It’s entirely possible that you’ll be roped in by the grand story, but there are also live events and weekly challenges to contend with and PvP battles to take part in. And you can join up with a guild of like-minded players and take on other clans in ferocious battles to prove who is the better strategist.

There are plenty of games here to whet your whistle, no matter what kind of experience you’re looking for. All three of these Ubisoft games are available right now on the Huawei AppGallery – check them out today.