There’s something oddly satisfying about seeing your very own machine materialise into existence for the first time. After lots of careful tinkering in the workshop, you move your vehicle forwards with dreams of glory in your mind… only for it to immediately topple over like a sad domino because you put the thrusters on at the wrong angle.

While that might sound frustrating, it’s the exact opposite – these moments were some of our favourite in Astracraft, a mobile multiplayer game co-produced by NetEase Games and Payload Studios, where you and other players construct custom combat vehicles and duke it out. These “failures” sent us laughing back to the garage to iterate on our ARM – the game’s term for vehicles – and left us curious about what the game’s community would throw at us next.

However, Astracraft has plenty of competitive options alongside its casual and party modes, so we’ve put together a guide to get you up to speed with construction and combat. Before you know it, you’ll put even the Transformers to shame.

Here’s what’s in our Astacraft guide:

Go to one of the links below to download the game and start building your ARM:

Where can I watch some Astacraft gameplay?

Check out the official trailer, which gives you a sense of the core gameplay loop of Astracraft: creating new machines and instantly piloting them into battle. 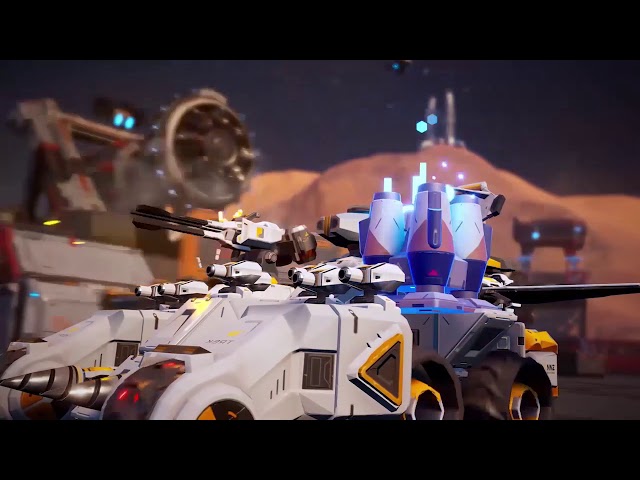 Astracraft has a wealth of game modes on offer and, at first, it’s a bit overwhelming. This guide should help you get to grips with the basics.

You can enter the garage before starting a game mode to create custom ARMS. After selecting your core, you can start building. White cubes form your ARM’s chassis and there’s some pre-set options to work with. However, you also need to deck your ARM out with wheels [or, better yet, robot legs], weaponry and tools.

To place an object, simply tap on its icon and tap again onto the grid to place it. After this, you can either rotate the object with the blue icon or delete it with the red icon. You can also tap and drag the object to move it around your vehicle or discard it. To delete your ARM, tap your core and then tap the red icon. Hitting save will store your ARM as a blueprint. 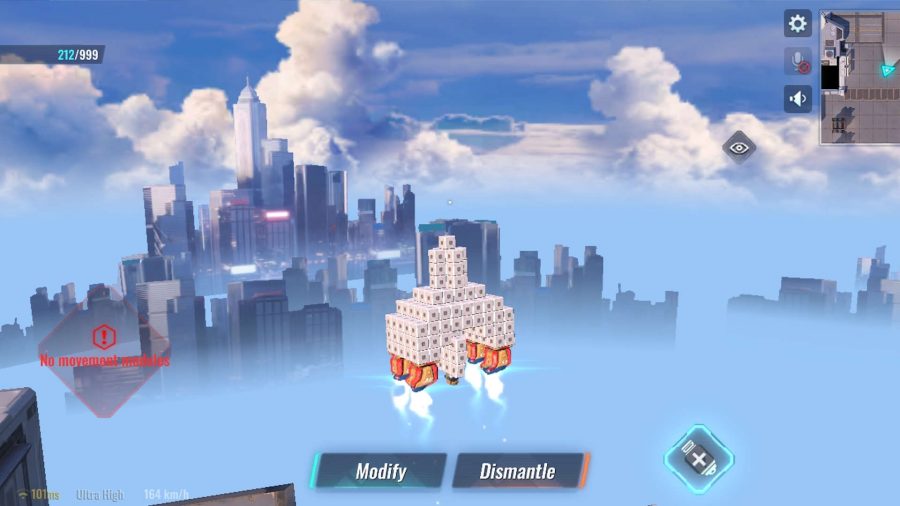 Play through the Module Trials to discover how the game’s core tools work and unlock more game modes. Afterwards, you’ll have a better idea of how to customise your ARMS to suit different playstyles. For example, you can focus on a melee build, constructing a spike-studded wrecking ball that turns invisible on command. Or, you could build a tank covered in protective shields focused on long-ranged combat.

If you want a more free-form sandbox, you can build your own racecourses in Race Mode, create custom maps in Party Mode or try out the “Solo Wonder” mode. Here, we somehow managed to build a rocket that blasted into the game’s stratosphere – the sky is, literally, the limit.

Weapons are used by tapping their respective icon on the right side of the screen. Some have different control schemes to bear in mind: for example, you must manually steer guided missiles after firing them. In combat, movement is key to survival. Depending on how you have customised your ARM, you can incorporate boosts, jumps and even grappling hooks to move around arenas quickly, making it hard for your opponent to keep track of you. 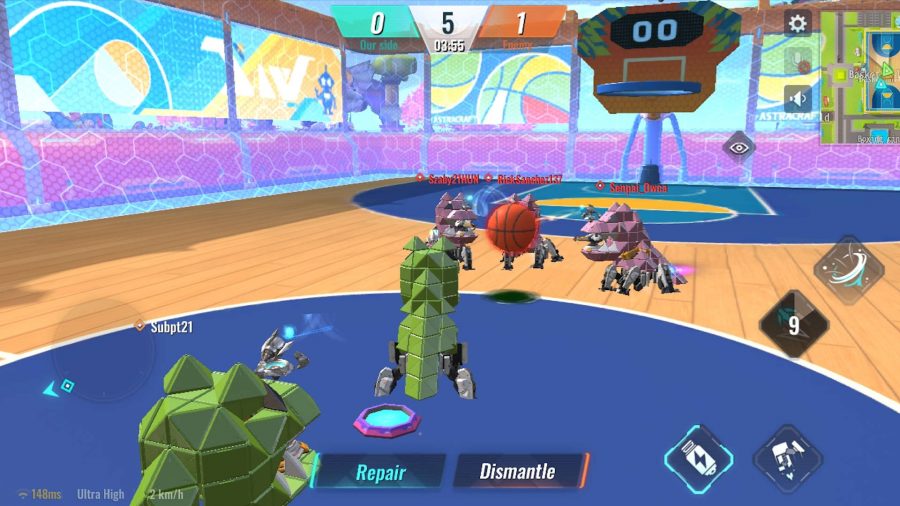 You can target and destroy specific sections of an opponent’s ARM [for example, weapons and limbs] to gain the upper hand in a dogfight. Additionally, focus your fire on the fragile core if possible: destroying it takes down an ARM.

However, this all works both ways. You can take a few seconds to repair your damaged ARM, but it’s occasionally better to quickly dismantle it down to your core instead. While it’s extremely vulnerable, it’s also tiny, quick and hard to hit, often making it possible to stage a getaway and quickly repair your ARM.

You can use custom ARMS to fight other players in modes like the free-for-all Infinite Arena and King of the Hill, where you and two other players team up to fight for control of a central area. The game’s party modes are also a delight – we can’t say we’ve ever played a game of basketball as dinosaurs with grappling hooks before. However, it’s the “rumble” and “storm” PVP modes that shine brightest by incorporating building into gameplay. 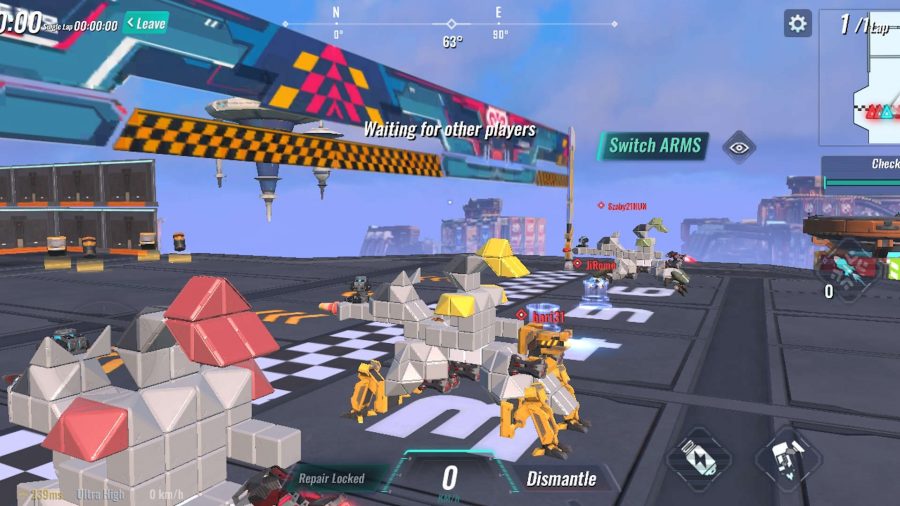 In Rumble, you start off with just your core and must gather the most resources before the end of the game. Storm is this game’s take on the battle royale formula and starts you out with just a bare-bones chassis. In both game modes, It’s crucial to upgrade your ARM as you discover new and more powerful weapons. Construction is done in the build menu in real-time, so it’s important to choose your moments carefully, although you can “capture” unpiloted ARMs to use yourself instead.

Finally, If you’re ever unsure of a mode’s rules you can tap the exclamation mark beside it for a quick breakdown.

Thanks for reading and enjoy the game!