Atelier Ryza 2: Lost Legends & the Secret Fairy is a charming and whimsical addition to the series that exudes cuteness at every turn. The main cast from the original title returns for a brand new adventure set three years after the events of the first game, in a fresh area with some intriguing new friends.

You play as the alchemist Reisalin Stout, or Ryza for short, as she explores forgotten ruins, gathers synthesis materials, and tackles tough foes in order to find out more about a mysterious creature that has hatched from an ancient egg. Atelier Ryza 2 combines fast-paced combat with an in-depth alchemy system that allows you to create a huge range of items to use in combat or equip for boosted stats.

I’ve played and enjoyed older games in the long-running Atelier series, but never got round to trying out the original, Atelier Ryza: Ever Darkness & the Secret Hideout. This fact had me worried that jumping into the sequel would leave me a tad lost and confused. Luckily, these fears were unfounded.

As each character from the original game was reintroduced I didn’t feel an initial connection. However, as the story progressed, Atelier Ryza 2 did an amazing job at catching me up on their stories, rebuilding the bonds between each character, and making me feel emotionally attached to each and every one of them.

A huge part of the Atelier series is crafting weapons, accessories, and items using alchemy. Atelier Ryza 2 has a system that’s reminiscent of older titles, in which you combine items of varying quality to create helpful goods from recipes you gather throughout the story. This familiar process made me feel comfortable, and the addition of branching paths to create new things kept the alchemic endeavours interesting. There’s also an ample amount of unintrusive tutorials for anyone brand new to the series. 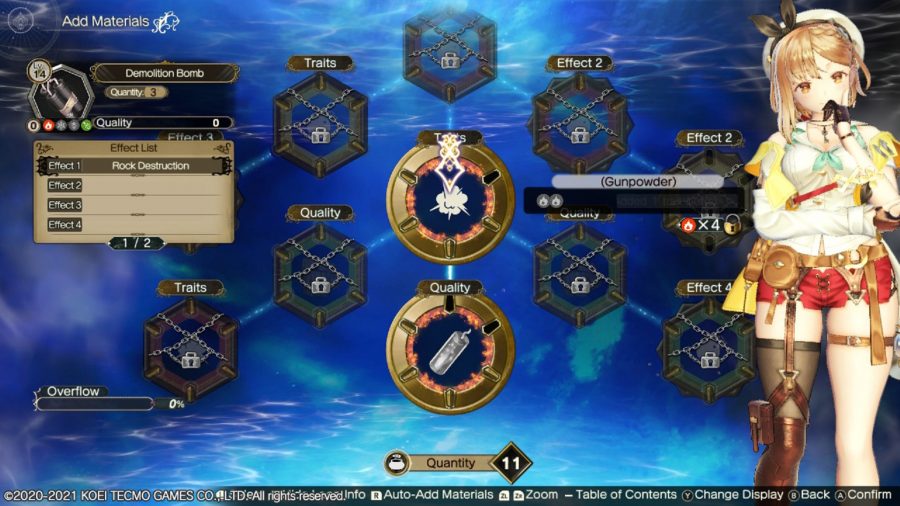 Once I became well acquainted with the alchemy system, it was time to travel the world searching for ingredients. I spent hours upon hours gathering bits and pieces; some were fetched for side-quests while others helped me progress the story. But even when my basket of gathered goods filled up, I couldn’t be stopped.

I loved the back and forth between characters during cutscenes

Although I loved exploring and gathering, the task left much to be desired. Ryza’s basket carries 200 items, meaning if I want gather for a long time I have to return home to drop off my items frequently, before heading back to where I was. This aspect felt tedious to me, and a basket with unlimited storage would have been better.

Later into the game, my home storage also filled up, meaning when I returned from gathering I’d have to slowly sift through all the items and choose which I should keep and which should be discarded, taking up a lot of valuable playing time in the process. 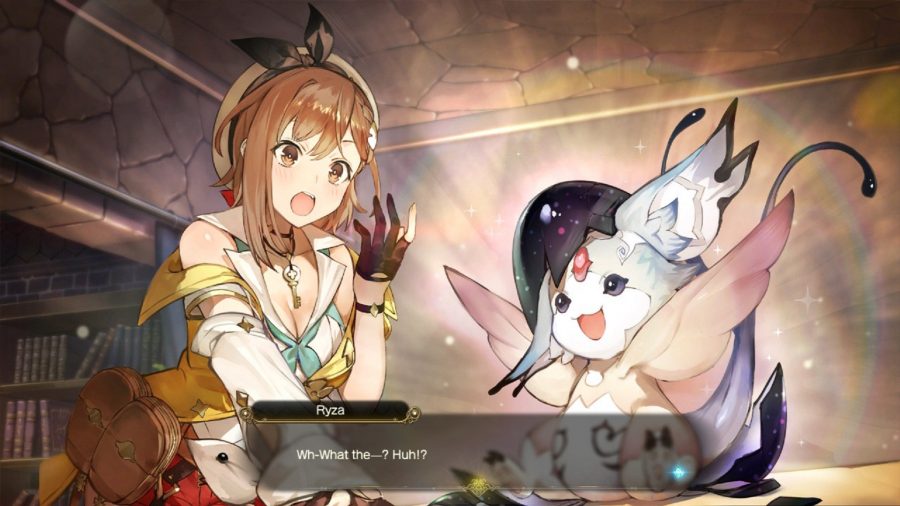 Despite the tedium, gathering items is extremely addictive. It’s very satisfying to create brand new items to use in combat and then deliver those goods to NPCs in order to learn more about them and create stronger personal bonds.

In between long periods of gathering, I continued on with the main story, which saw me exploring numerous ruins and entering into fast-paced combat with foes in an attempt to learn more about the adorable creature that was trusted to my care. Although the story starts off slow, the creature soon starts to get sick and the stakes are raised as you race against time to work out what the cause is.

I loved the back and forth between characters during cutscenes, and occasionally a beautifully drawn image of what was happening in-game would be shown rather than a video, which was surprisingly refreshing. 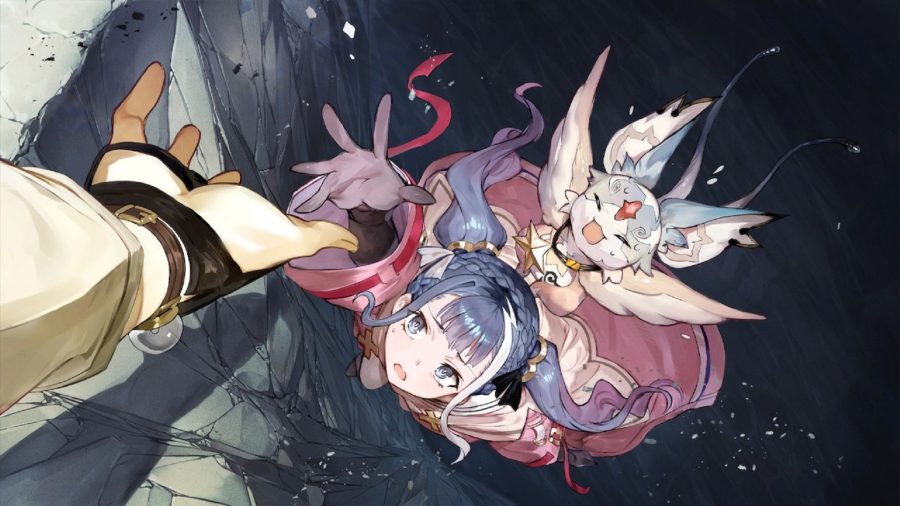 Gradually throughout the story, you gather a full team of characters to use in combat, create items that allow you to travel underwater, and receive an adorable mount to make travel faster. The frequent addition of new mechanics kept the game fresh right up until completion.

Atelier Ryza 2: Lost Legends & the Secret Fairy is a great addition to the series and suitable for fans both new and old. With adorable anime-style characters and an extremely satisfying alchemy system, it’s a near-perfect JRPG.