Joining the military and sailing the vast oceans has never been a more ridiculous task than it is in Azur Lane: Crosswave. This action RPG sees you use strangely attractive anime girl ‘battleships’ to face off against full-sized warships in order to prove that your nation is the most powerful.

Azur Lane released on mobile back in 2017, but if you’re a fan of the original and thinking about diving into Crosswave, you should expect a very different experience. Instead of a 2D side-scroller with over 300 obtainable characters, Azur Lane: Crosswave is a 3D action shooter, with a much smaller roster of battleship waifus for you to use in battle.

The only thing I knew about Crosswave before starting my playthrough was that the game has cutesy anime girls and a fun story. What I wasn’t expecting is how overly sexualised the girls are. The four characters you start off with are practically bursting out of their shirts, or have tiny skirts revealing their underwear. Although I found this aspect of Crosswave pretty unappealing, I will give the game credit where it’s due.

For example, there are over 50 obtainable main and support ships, each is very well drawn, and despite them not being to my taste, I can see how they would appeal to a waifu-loving audience. 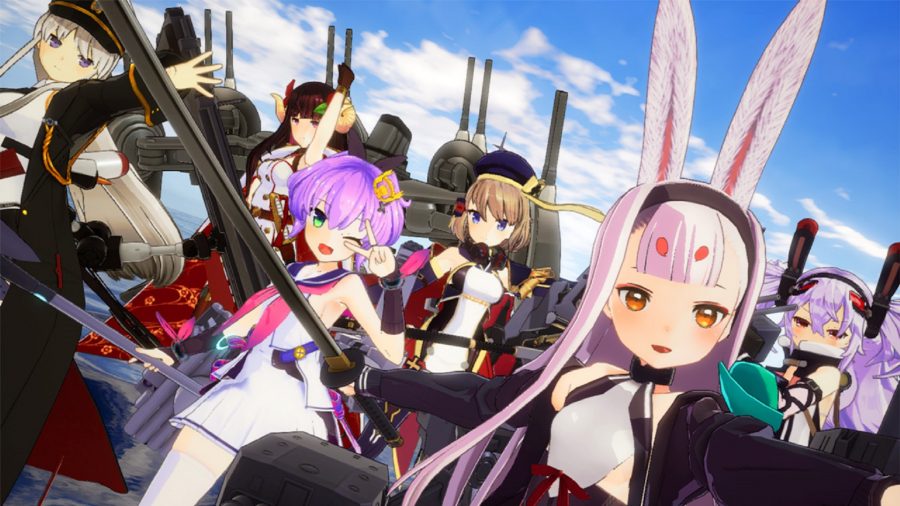 It’s relatively easy to obtain new characters while progressing through the game. After most battles, you’ll receive around ten ‘A Points’, which can be spent on numerous different characters as the story unfolds. The cheapest ships will only set you back about 50 A Points, meaning it’s fairly easy to obtain at least one character you like the look of.

Despite it offering far fewer characters than the mobile game’s roster, having about 50 ships to purchase feels like a reasonable amount, allowing you to get to know certain characters better than you would with a huge roster. The main downside is that your favourite ship from Azur Lane mobile may not be present in Crosswave.

I had hoped the game would have some gorgeous cutscenes to accompany the outstanding character art. Unfortunately, it’s extremely text-heavy and only shows static sprites on-screen that occasionally blink or display a small amount of emotion, depending on the situation. 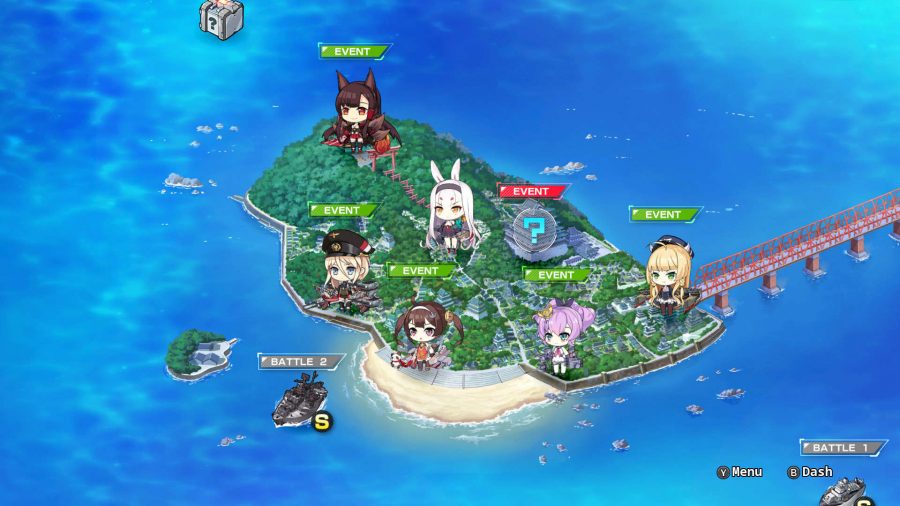 When you head out into the world map, the character you’ve chosen to play as turns into a chibi sprite and drifts around the ocean at a snail’s pace. There isn’t a lot you can do on the map other than collect the occasional treasure chest, find other characters who talk to each other in a static way, and enter into combat.

Being able to traverse the world as a 3D character would feel a lot more satisfying, and as Crosswave features 3D combat, it feels slightly odd that the map cannot be explored in a similar fashion.

Although I like how the combat in Crosswave looks, the battles don’t feel particularly satisfying. You can take out most enemies by holding down a shoulder button and evading every once in a while. You’re also able to equip new weapons and accessories to your ships, but it can feel slightly unnecessary when the enemies are already fairly easy. 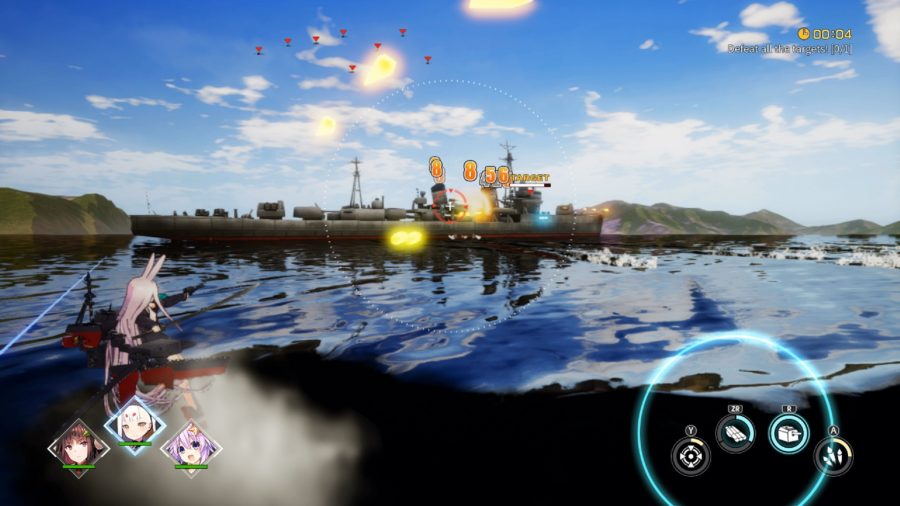 After sitting through mountains of text, it would be nice to take a break with some epic combat, but as it stands, the 3D shooter elements feel like an afterthought, and you actually gain rewards for completing fights fast. For a game all about anime battleship girls and military exercises, you’d expect the combat to be a bit more flashy and in-depth.

If the main thing you look for in a videogame is scantily-clad anime girls and a lot of cutesy back-and-forth dialogue, Azur Lane: Crosswave will be right up your alley. For those of you looking for something a bit deeper, this title will, unfortunately, not scratch that itch.