A passion project for Sonic creator Yuji Naka, Balan Wonderworld earned itself a reputation as something of a disaster before it even had a chance to launch. Its lengthy demo was almost universally panned, prompting the unfortunately named Balan Company to promise improvements in time for release, but it’s simply a case of too little, too late for this kind-hearted platformer.

It casts you as a young breakdancer whisked away to a strange world by the top-hatted Balan, an unintentionally unsettling creature with a love for musicals. In this floating garden lies doorways to other, stranger lands that appear to be physical manifestations of the innermost thoughts and feelings of the game’s cast. You’ll venture through each level to collect statues and ultimately relieve the characters of what ails them, mostly by bonking a boss monster on the head three times in a row.

These self-contained tales are as basic as can be and, as a result, almost instantly forgettable. Who is that terrifyingly huge farmer? Why did the girl’s dolphin pal turn rabid? These are the questions you must ask… before rapidly moving on to the next piece of nonsense the game throws your way. Sadly, basic does not mean elegant; it means underdeveloped and, all too often in this case, trite.

It is, however, painfully sincere, putting forward a message of hope and healing, so it’s a shame that nothing ever quite lands as intended. There’s clearly an affection for flashy musical numbers here, even if there’s not a drop of energy to the stilted animations and cumbersome edits present in the dance sequences that bookend every stage. In truth, they’re often uncomfortable to watch. Creepy, even. 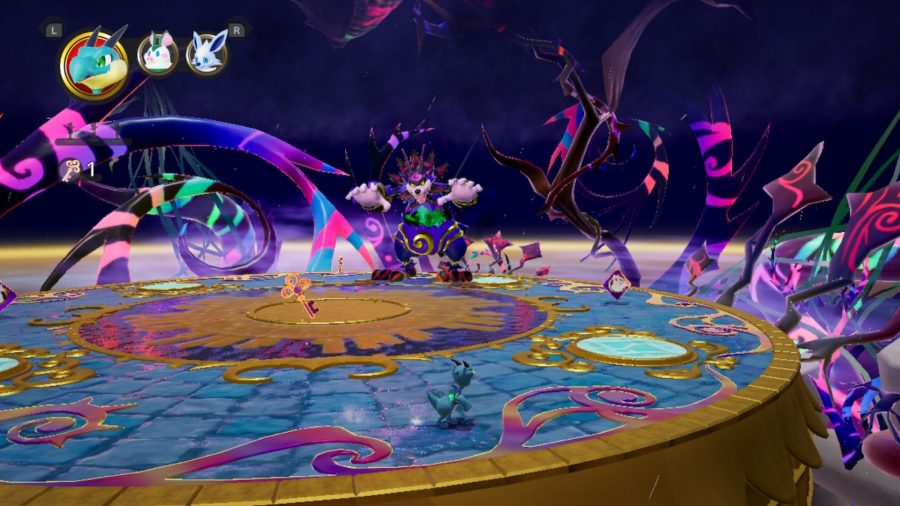 I also can’t think of a single recent platformer that feels quite this awful to play. It’s not something you can necessarily parse from watching in-game footage alone; the problem runs far deeper than the obviously stiff animation work and impressively useless jump mechanic. No, the crux of the issue is its barebones moveset and overreliance on underwhelming powerup costumes.

There are over 80 to collect in total, with each offering its own mechanic. Some might grant you combat abilities, while others are used solely for traversal. Unfortunately, many of them quickly become redundant mere minutes after you find them, and precisely none of them are enjoyable to use. 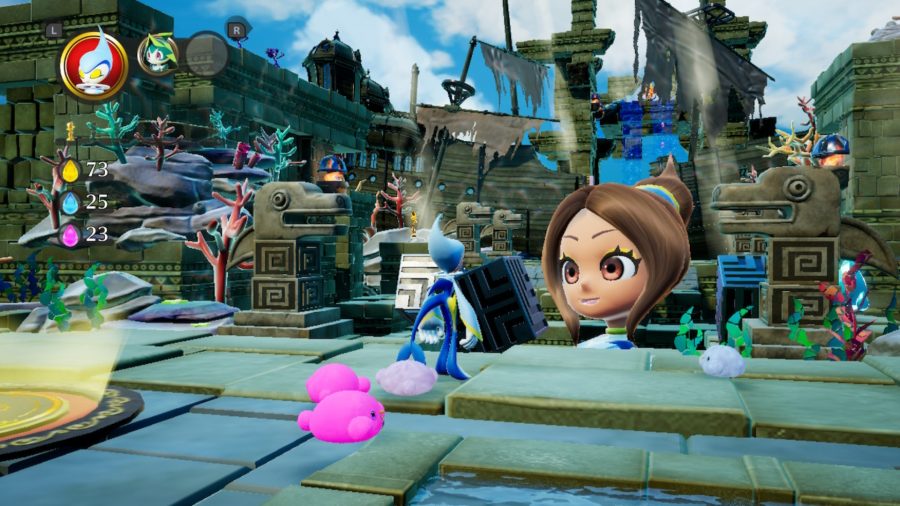 You can carry several costumes at a time, though a painfully slow animation blocks you from switching between them in quick succession. This means that there’s practically zero opportunity to get creative with how you traverse these otherworldly spaces, which forces the game to leave a good number of its collectables sitting out in the open.

Return visits to earlier levels are mandatory if you want to collect every statue, as some of them require specific costumes from later sections, but you can’t derive any joy from trudging through the same worlds on repeat – not with platforming this bad. 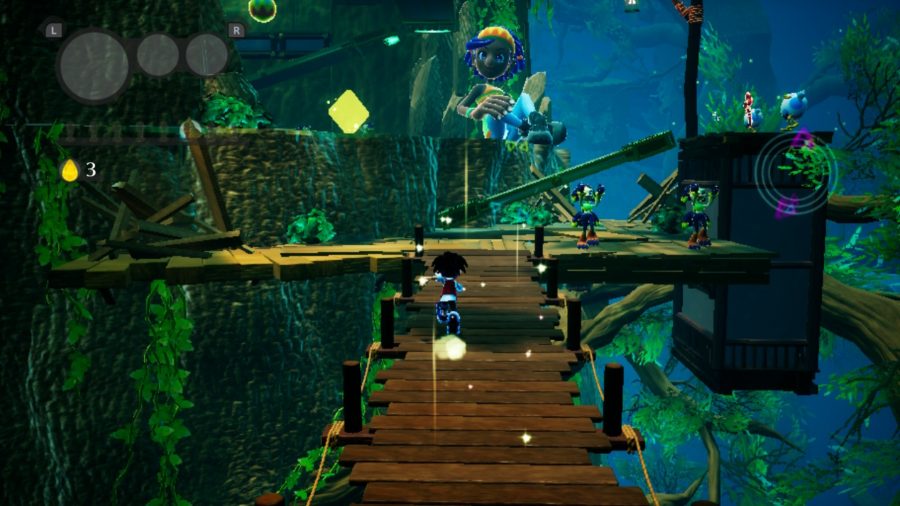 The Switch port is also woeful, with the frame rate taking a major tumble whenever anything even remotely taxing occurs, such as when a small group of enemies spawns in. This happens so often that you’ll either grow accustomed to it or quickly conclude that the game is unplayable. Pair that with the sickly colour palette and jerky camera and you’ve got yourself a one-way ticket to migraine hell.

Baffling misfires like Balan Wonderworld don’t come along all that often, nor do games quite so earnest, and there are certainly fleeting moments where it approaches a comfy sort of mediocrity, but the vast majority of Naka’s latest is simply tedious to play through, visually repellent, and – at least on Switch – stomach-churning to control.

Balan Wonderworld is an otherworldly disaster: tedious to play, visually repellent, and – at least on Switch – stomach-churning to control