If you have just picked up a Nintendo Switch and are dying to do a few laps with your friends, there are plenty of great racing games waiting for you to take for a spin. You can have some family fun with easier titles like Mario kart, or you can get serious with more realistic racers like Burnout. Either way, there’s plenty of ways to burn some rubber.

With two controllers already on the device, the Nintendo Switch is one of the best places to have a quick race with pals, and luckily even some classic games have been given new life on the system, so you can relive your childhood in glorious HD. Most of these games have online modes as well, so it doesn’t matter where your friends are, you can still find a way to beat them.

You might even discover titles you didn’t know about, so hopefully, even racing aficionados can find something to enjoy here. The Nintendo Switch has never been hotter, and thanks to these amazing games, it’s only getting better. Now, let’s get onto our list of the best Nintendo Switch racing games. 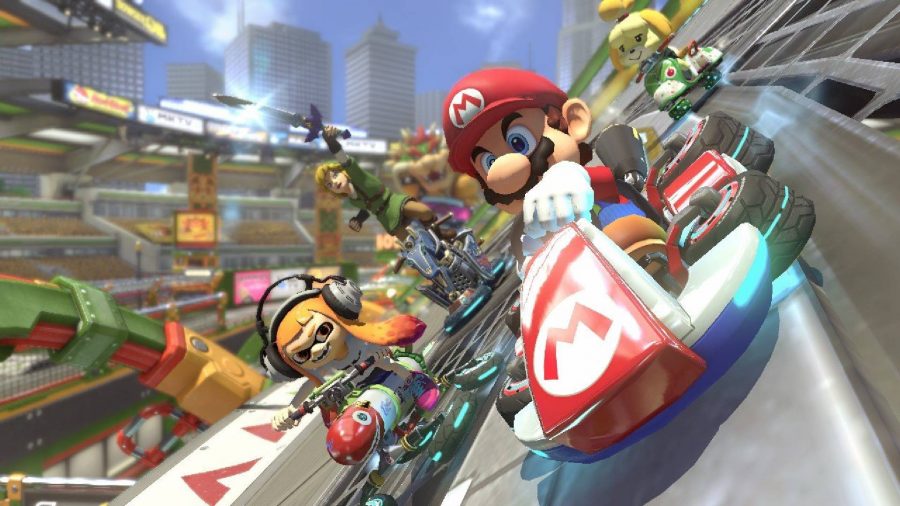 Not content with just having the best platformer on the console, Mario Kart 8 Deluxe is still the absolute must-have racing game on the Nintendo Switch. Despite being nearly eight years old, this party focused racer is still one of the most gorgeous games on the platform, and it only improved with its deluxe version, adding new playable characters, tracks, and a much requested full battle mode.

You can even crank it up to 200cc online if you take your Mario Kart seriously, or just play a few fun rounds with younger players. Seriously, if you only have money for one Nintendo Switch game, this is probably the one you should pick up. 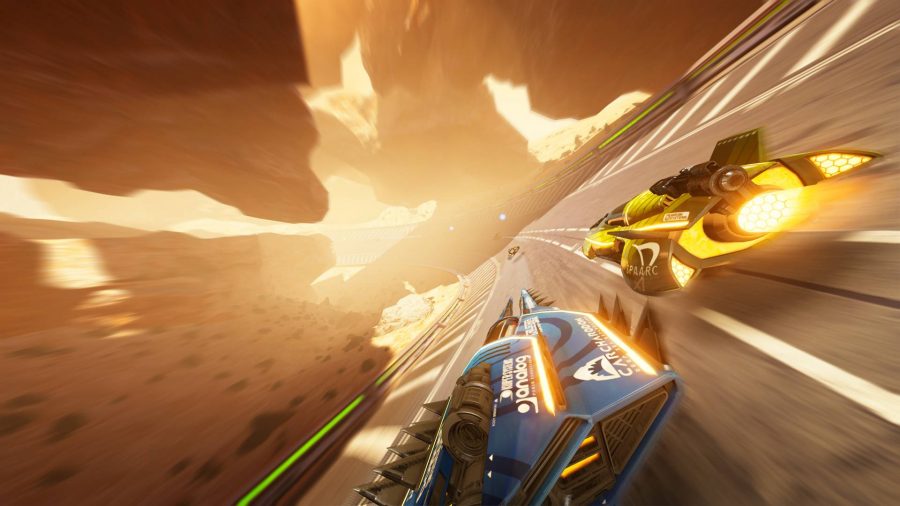 Releasing way back in 2017 on the same day the Switch launched, you could be forgiven for not knowing this game exists. However, any fans of Wipeout or F-Zero will find a similarly demanding futuristic racer here.

Running at a clean and consistent framerate, as well as looking gorgeous whilst doing it, FAST RMX is a fantastic, fast-paced racer that is a throwback to the 00s in the best ways possible. It also has robust online modes with active players, plus if we keep buying it maybe they’ll get to make an F-Zero? 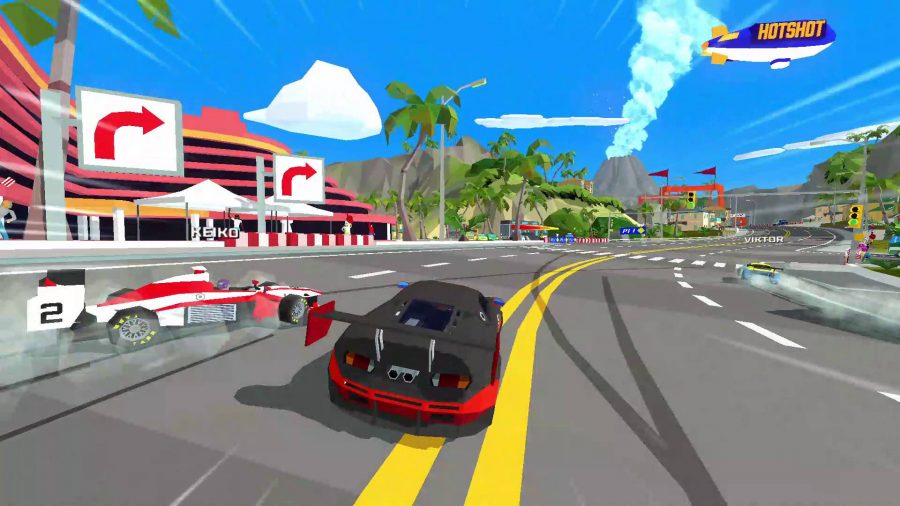 Looking for an arcade racer with a modern spin? Then look no further. Using the same polygonal style of the classics like Virtua Racing, but turbo-booster with a huge splash of colour and more playable cars than you can shake a gear stick at.

It also looks and plays like a dream, almost exactly how I imagined those arcade racers when I was a kid. It’s got a style all it’s own though thanks to it’s satisfying drifting mechanics and rowdy gameplay, so you definitely won’t want to miss this one. 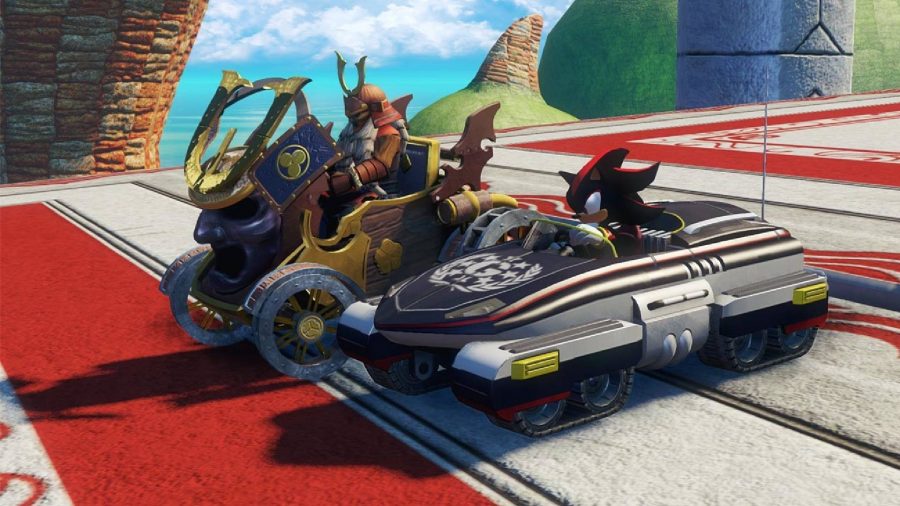 A lot of games have tried to take Mario’s karting crown, but very few have come close. However, Sega came damn near with this wild racing entry that not only sees you racing on a series of transformable vehicles, but also features characters from countless SEGA properties of old.

If you’ve ever wanted to see Ulala in a boat, this is your chance. The levels themselves also change dynamically and your vehicle will adjust to them, so this kart racer has much more to it than meets the eye. 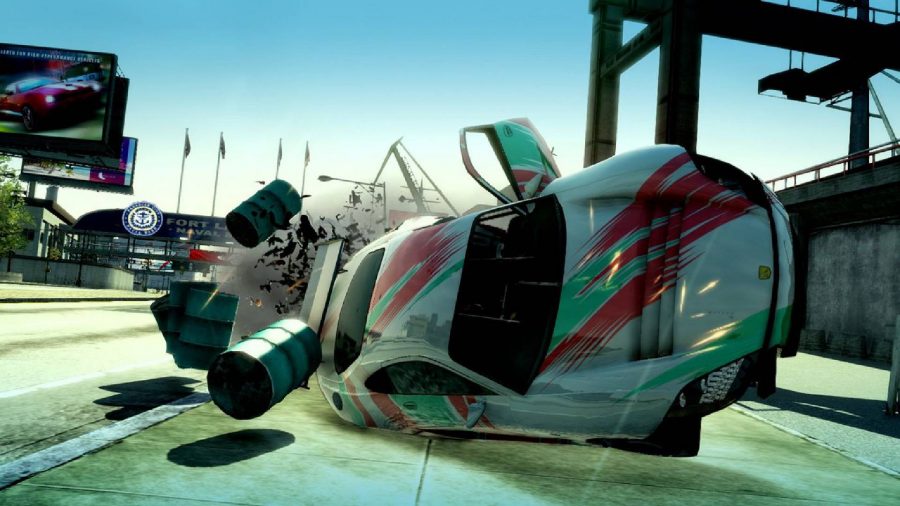 This fantastic remaster of a classic brings the frantic racer to Switch with style. Explore an open-world to choose your desired destruction, with modes like Cops and Robbers, Burnout Bikes, and a huge wealth of online modes so you can bash into your friends all day long. It also features the same wild stunts as the originals, all with a shiny HD look and some fantastic music to accompany the action. 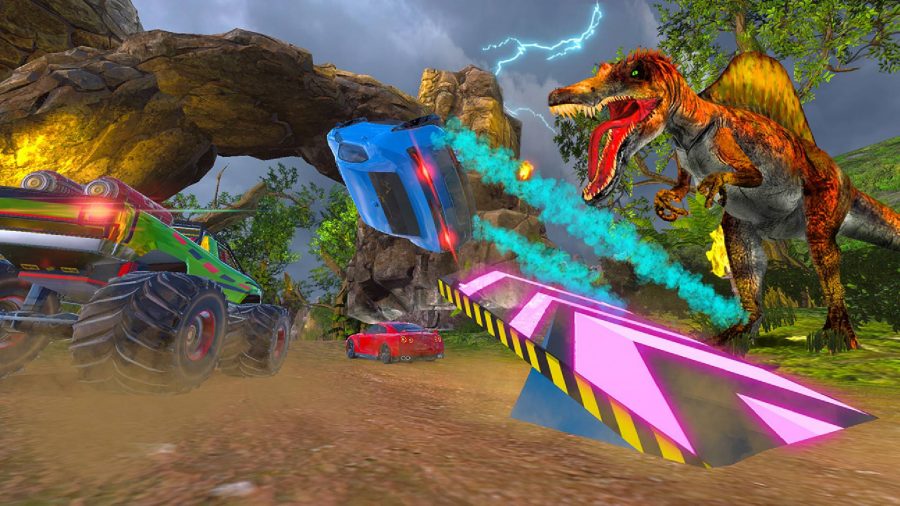 The classic Nintendo arcade title finally makes its way to consoles, and brings every moment of madness with it. Featuring an over-the-top playstyle reminiscent of Nintendo’s earlier racing forays like Excite Truck, this madcap motor medley features an insane host of cars to unlock as well, including a UFO, dinosaur, and a glowing unicorn just for fun.

It doesn’t feature any online modes sadly, but there’s plenty to explore and unlock just in the original package. Plus it’s a great reason to invite some friends over for local multiplayer. This one will also look absolutely cracking on an OLED Model Switch…

And there we have it, that should be enough racing goodness for any Switch fan, but if you’re after even more fun from your Switch, be sure to check out our guides for the best Switch RPGs and the best Switch fighting games.