Fancy a bit of sneaking around? Taking out baddies, but quietly? Do you want to pop on a silencer and dispense justice, but the very muted kind? Well, lucky for you we have a list of the best Switch stealth games right here.

While sadly Solid Snake hasn’t made his way to Switch outside of Smash Bros… yet, there are plenty of other fantastic games to fill the gap. The switch is home to some big-budget AAA titles, bringing a premium experience over with little compromise. There are some collections of titles from classic stealth series, and even the odd indie to fill in the gaps between.

So if you like your action with a bit more nuance, enjoy camping out and scoping your foes, or just generally like shooting people, but doing it quietly, so as not to wake the kids, enjoy our guide to the best Switch stealth games you can play on Nintendo Switch.

Here’s our guide to the best Switch stealth games. 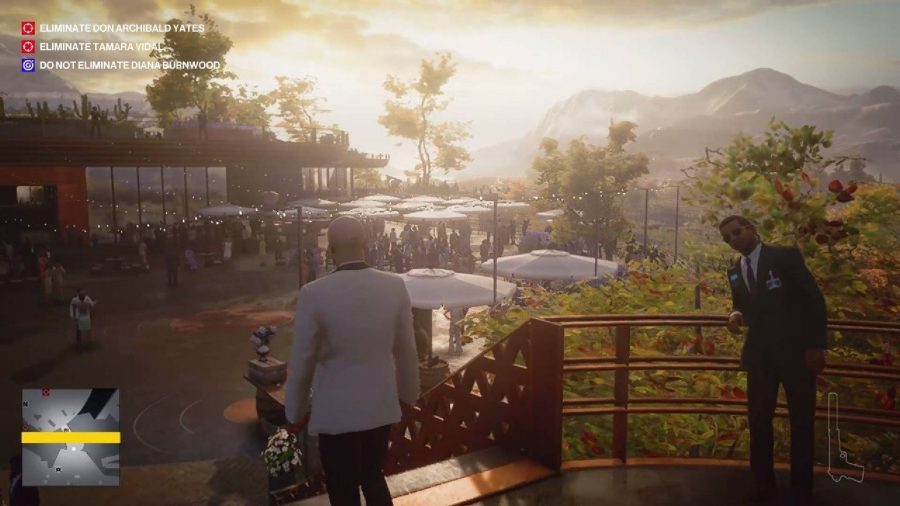 The latest in the iconic series is here on Switch, though we should mention this is a cloud version, so hopefully, you have good internet. Still, Hitman 3 could be the pinnacle of the series, offering beautiful locales that work as amazing toy boxes of death, as you conceive a myriad of ways to dispatch your foes and escape without a trace.

There’s nothing else quite like the almost puzzle-esque gameplay of the series, mixed with a knowing sense of humour and some great action throughout. If you own a Switch and want to get into the series, this is a fantastic place to start. 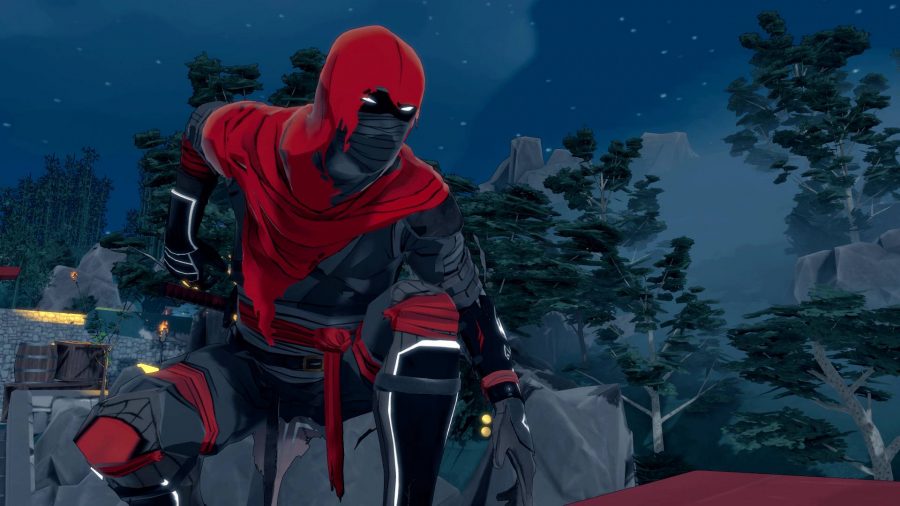 A stylish, third-person stealth game, Aragami casts you as the titular undead assassin who has the power to control the shadows. Use the powers of teleportation, invisibility, and many different types of weapons to sneak behind enemy ranks and kill the bad guys.

There’s a lot of flexibility on offer, letting you choose exactly how to dispatch the many foes, though you’ll probably want to stay as quiet as possible to avoid getting outnumbered. The art style is also lovely, presenting this eastern-inspired world with a nice amount of cartoonish colour. 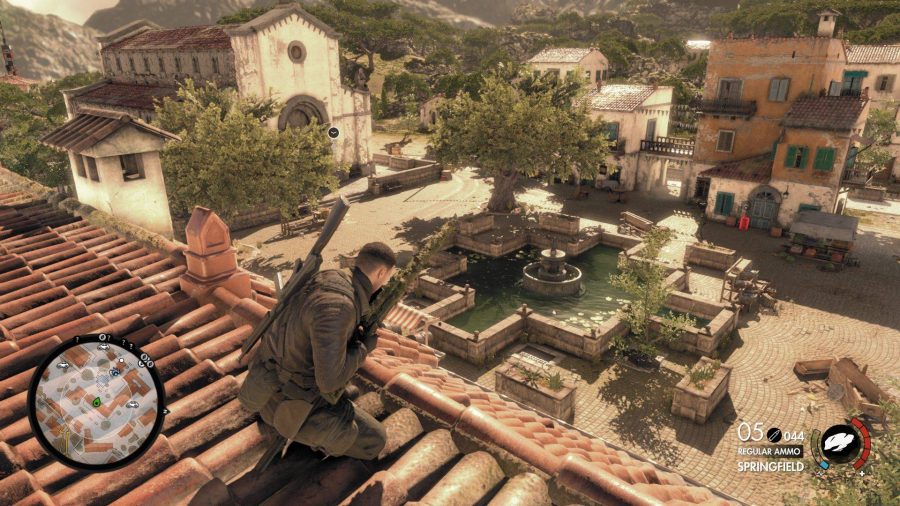 We’re going to lump these two games together here, because honestly they’re both worth your time. The Sniper Elite series sets you deep in enemy territory with your trusty rifle, aiming to take down waves of enemies without being caught.

The Switch versions bring these gritty stories to life with admirable detail, alongside some immensely satisfying gunplay. Being a sniper has truly never felt so good, and with fully adjustable motion controls to boot, this is a fantastic way to experience the Sniper Elite series. 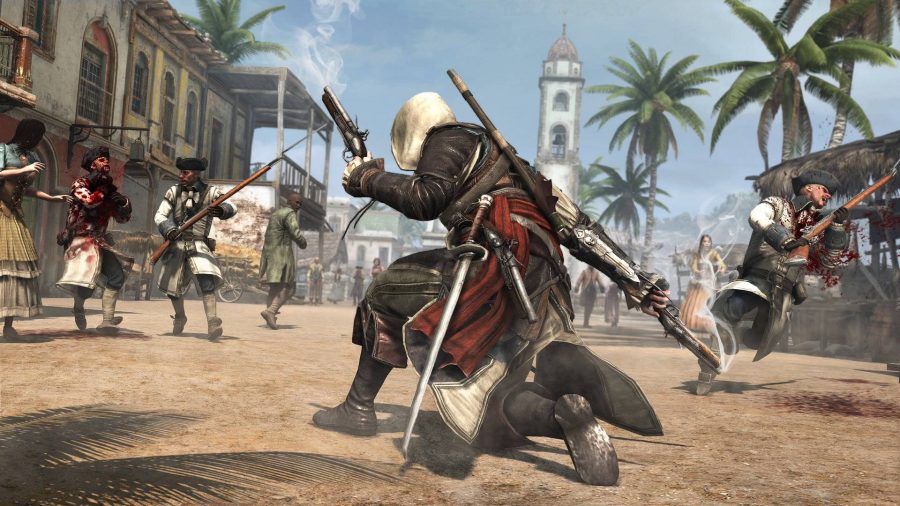 Another sneaky entry with two games, but this time they’re both in one package. Assassin’s Creed 4: Black Flag is packaged together with Assassin’s Creed: Rogue, for two amazing adventures with very different outlooks on the iconic franchise. Black Flag gives you a swashbuckling voyage through the Caribbean, alongside some classic assassin’s action. Whereas Rogue sees you play as a Templar for the first time in the series. Both games play great on Switch, and having the wide-open seas of Black Flag on a portable device is a particular delight! 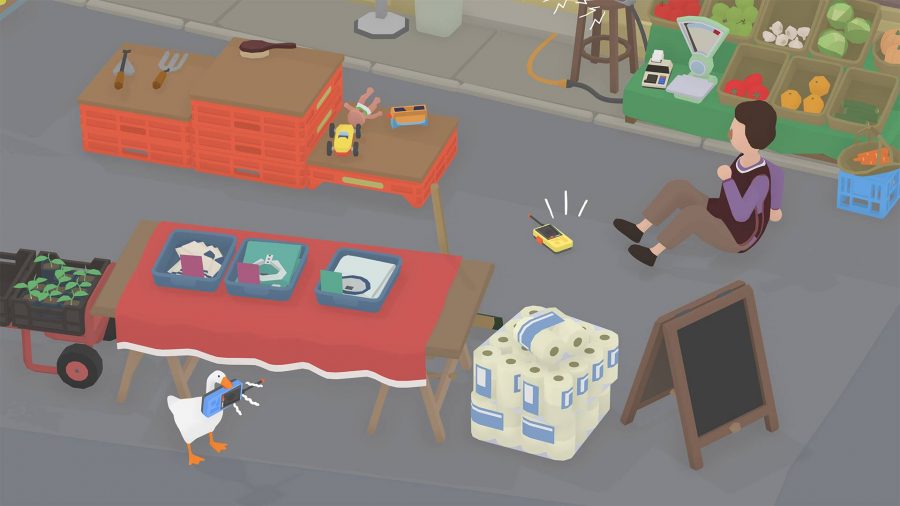 Part comedy game and part stealth, Untitled Goose Game puts you in the webbed feet of a very, very naughty goose, who’s rampaging around a small village and causing havoc everywhere they honk. You have to complete tasks by avoiding villagers and farmers alike, hiding in grass and running around country lanes to avoid capture.

There are so many fun ways to interact with this idyllic little town to annoy people, and experimenting is half the fun. Untitled Goose Game also has a two-player option, so you can double the honking fun with a pal. 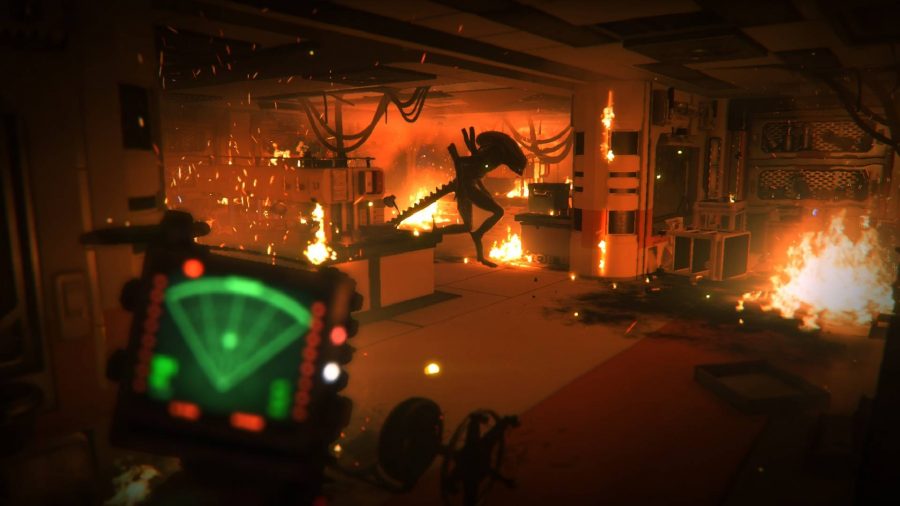 Easily the most terrifying game on this list, Alien Isolation is a stellar continuation of the series that lets you play as Ripley’s daughter. While exploring space you respond to a distress signal, only to get trapped on an abandoned ship alongside the fearsome Xenomorph.

Fighting it head-on just isn’t possible, so you spend more time running and hiding than anything else. This is also an absolutely gorgeous Switch port, that does everything the original release could. If you have even a passing interest in the series and don’t mind being a little bit spooked, this thrilling game of cat and mouse is an unmissable entry.