Black Desert Mobile is an iOS and Android adaptation of the popular MMORPG Black Desert Online. It’s pretty faithful to the original too, with many of your favourite classes, locations, characters, and professions returning. It’s not a direct port, so you can’t bring over your character from the PC version, but you can do many of the same activities.

In many areas, there is genuine improvement too. Developer Pearl Abyss has made a lot of positive decisions regarding user experience, so you can quickly get into the thick of the action while you’re on the go. Your character will move automatically to a nearby quest, you can order them to fight all nearby monsters, and with a simple series of taps you can tick off your daily to-do list.

To help you get acquainted, we’ve put together this complete Black Desert Mobile guide. We’ve made a big effort to answer any questions you may have too, so you should be ready to start grinding your way to the top once you’re finished reading it.

Everything in our Black Desert Mobile guide:

Black Desert Mobile download: How to get it on ios and android

Black Desert Mobile is available to download globally for free via the App Store and Google Play.

If you’d rather avoid the official Android app stores, you can grab the Black Desert Mobile APK from APKPure.

Black Desert Mobile controller: Does it have Support? 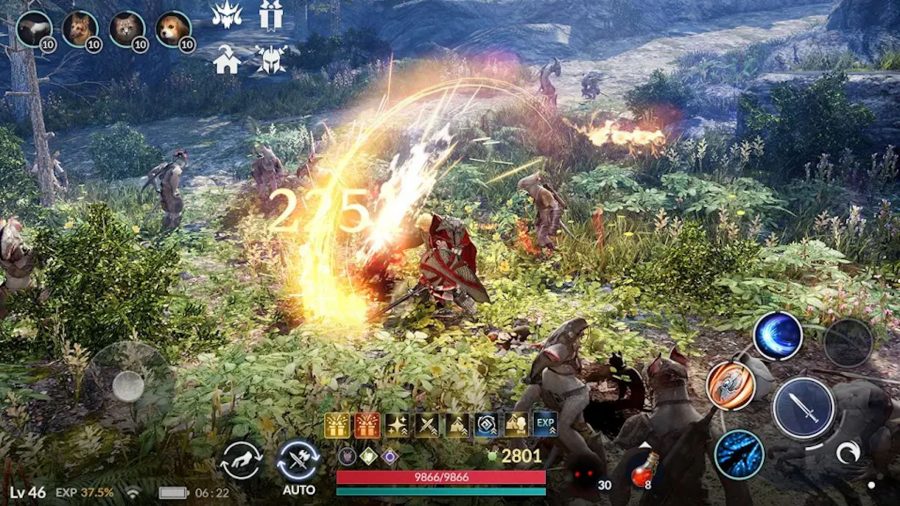 What does that mean exactly? You’ll be able to use the controller to do things like move the camera, your character, and utilise basic attack moves. However, as far as using the controller to select buttons on the screen and navigate through the menu goes, you’ll have to use your fingers.

Some players have suggested that they were able to avoid this by using a controller with mapping features, but the majority of folks likely won’t have that on hand. It’s unclear if Pearl Abyss plans to build out the Black Desert Mobile controller support any further, or leave it as is. It’s nice to have for combat though, at least.

Black Desert Mobile Family names: What are they?

If you’re a Black Desert veteran, you’ll likely be familiar with family names, but if you’re new to the game or have been away for a while, a short explanation will go a long way. In Black Desert Mobile, your family name is essentially your surname; a name that is unique to you and all of your characters in the server. 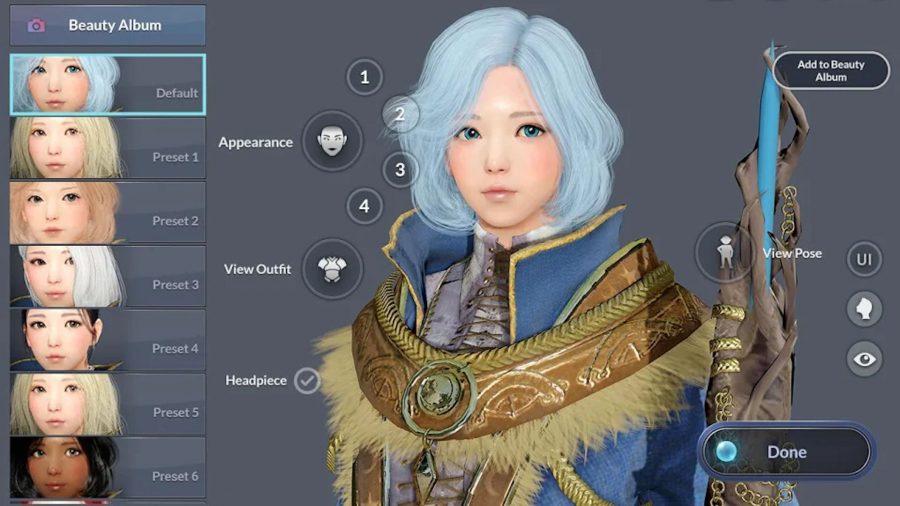 black Desert Mobile classes: what are the options?

There are currently eight Black Desert Mobile classes available, with more coming in the future. Below is a list of all current class options:

While there is no right answer on which class is the best to choose, each class will likely be better for different players based on their playstyle.

The Giant class is best for those who love to melee and cause chaos. With a high DPS (damage per second), you’ll be able to deal loads of damage to enemies rather quickly. On the other hand, the Ranger class offers a mix of melee and ranged fighting. While it still offers a high DPS, you’ll also be able to deal a fair amount of damage from distance as well.

The Valkyrie class in best for those who want to play a support role. As a Valkyrie, you’ll be able to cast recovery spells and defensive aid to keep your team alive.

The Warrior is perhaps one of the best all-round classes. With a nice balance, players will be able to try their hand at playing an attacking role as well as a defensive role. The Witch is similar to the Ranger in that it can deal lots of damage to enemies really quick, however, you’ll need to be careful because this class can’t take a whole lot of damage. 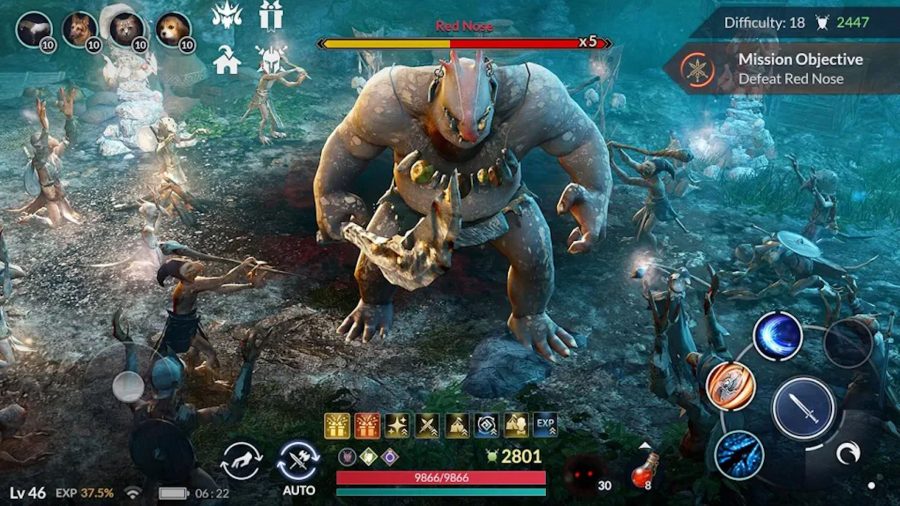 The Sorceress is an adaptable class that has powerful short range and long-range attacks depending on the situation. She’s not as fragile as the Witch, but still needs careful handling to avoid being taken down.

Black Desert Mobile autoplay offers players the opportunity to use an auto attack feature that will make fighting a whole lot easier. However, it isn’t available right away, so figuring out how to unlock and use it can be a little bit confusing.

To unlock it, you’ll need to finish the Ancient Stone Chamber story quest, which happens at around level 13. Once you’ve completed that mission, you’ll be able to use the auto attack feature.

Once you’ve unlocked it, you should see a button on your screen when you’re in combat that will allow you to enable the auto attack feature. Simply press the button every time you’re in a fight and would like to use it and you’ll instantly attack all the nearby enemies.

Black Desert Mobile pay-to-win: how aggressive is the monetisation?

As with any mobile game, a lot of questions are being asked about Black Desert Mobile microtransactions and if it is pay to win. The game offers a premium currency called Black Pearls, which players can use in the shop to buy more item storage, pets, cosmetics, and more. 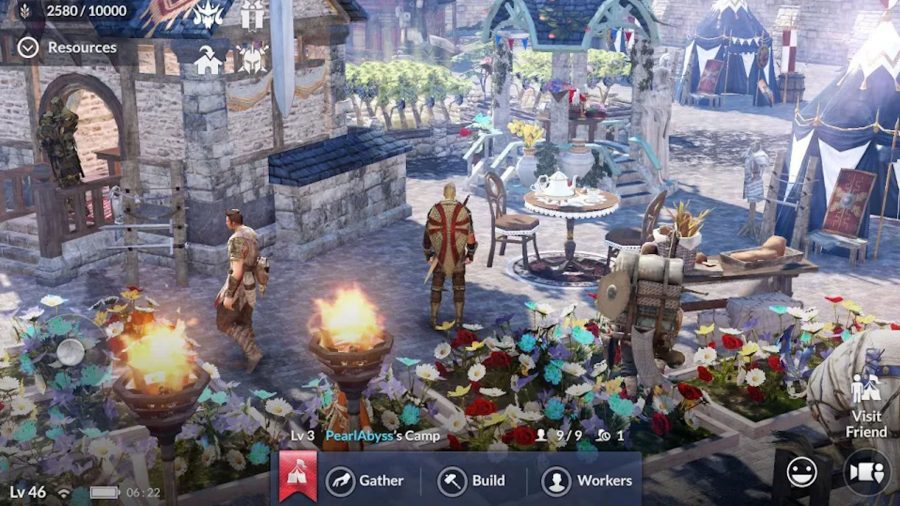 Players can also earn Black Pearls as in-game rewards, but, as you might expect, you don’t earn quite as much as you would just buying them outright.

Black Desert Mobile max level: What is it?

Players will be able to ‘Awaken’ their character at level 65, which will essentially change their playstyle. Once your character class has been awoken, you’ll get new abilities, weapons, and more.

Each of the Black Desert Mobile classes offer different types of awakenings.

Black Desert Mobile Node Wars: how do they work?

Pearl Abyss has officially kicked off the Black Desert Mobile Node Wars pre-season, which will allow guilds to battle against one another over Nodes. The winner of the Node War will get to possess that specific Node for a seven day period. Let’s take a look at the schedule, rewards, and how to start a Node War. 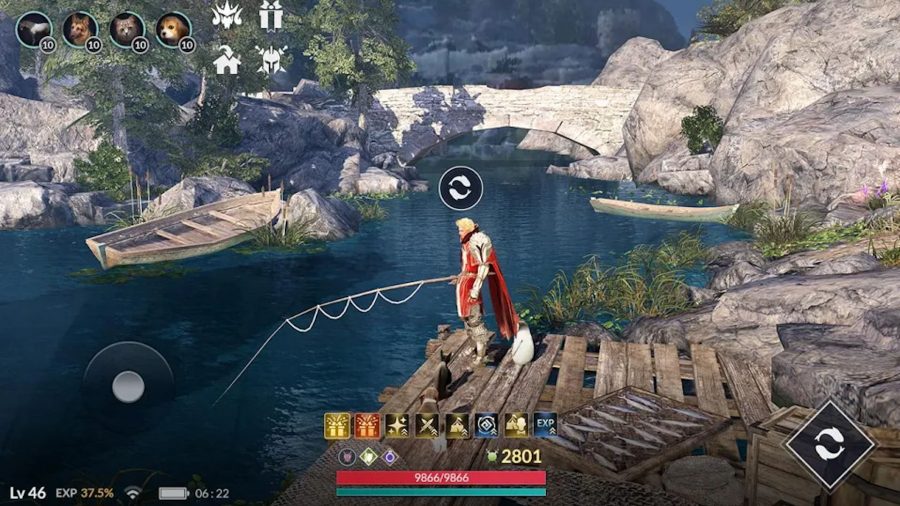 Node Wars will only be available at limited times, so you’ll need to plan around them. They will take place from 10 PM to 12 PM (server time) on Mondays, Thursdays, Fridays, and Sundays. If your guild wins a Node War bid, you’ll fight (or defend) against other guilds during this time, with the winning guild getting to keep the Node for a weeks time.

In order to be eligible for a Node War, your guild will need to have at least ten members. The top three bidding guilds will get to compete in the Node War, with one defending and the other two attacking. The winning teams will have ten hours to prepare, before the Node War begins at the times mentioned above.

black desert mobile horse taming: How do I tame a horse?

Knowing how to tame a horse in Black Desert Mobile is essential if you want to capitalise on extra inventory space. However, figuring out how to get a horse can be a little bit confusing if you don’t know what you’re doing. Once you’ve got a clear idea of the process, it’s actually quite simple.

To start, you’ll need to have two items with you: raw sugar and a horse taming rope. You can purchase both of these at any town and they’re pretty cheap.

You’ll be able to find a wild horse virtually anywhere in Black Desert Mobile, but you can look at your mini-map for a horseshoe and horse icon if you’re having trouble. Once you’ve found one, make your way towards the icon until you see a horse. Then begin to approach it very slowly. If you move too fast, the horse can get spooked. 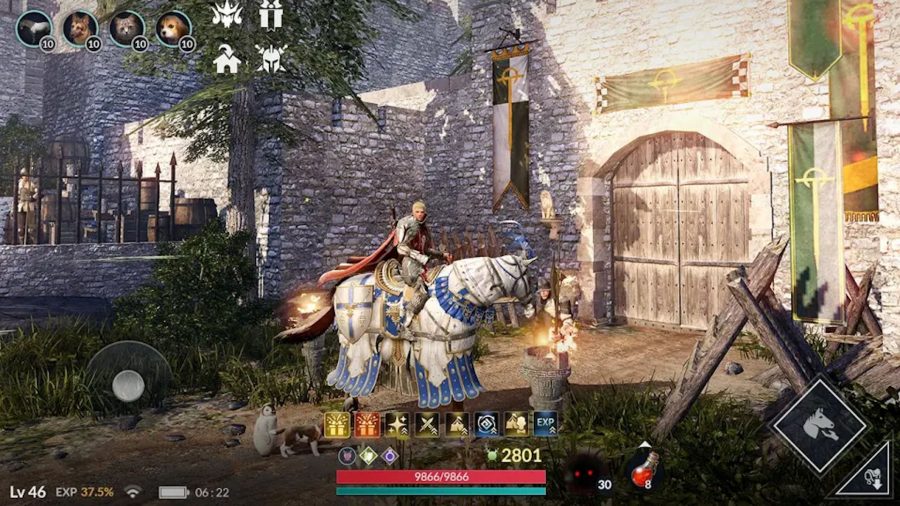 Once you get close enough, you’ll see two options: feed horse and tame horse. If you’re feeling lucky, you can go ahead and try taming your horse, but there is only a 50% chance it’ll work. Alternatively, you can feed the horse sugar cubes, which will increase your chances of taming it by 10% per cube – up to 90%.

Once you’re able to tame your horse in Black Desert Mobile, you’ll automatically join a mini-game, where you’ll have to maintain your balance and keep a slider in the green zone three consecutive times. Once you’ve done that, you’ll have tamed a horse.

We hope you found this guide useful. If so, we recommend bookmarking it and referring back to it whenever you find yourself in trouble. If you’re interested in other games like Black Desert Mobile, considering checking out our list of the best mobile RPGs!