If there’s one genre on mobile that’s seen the least innovation, it’s the MMORPG. While early examples, like Pocket Legends and Order and Chaos, proved that the genre could comfortably exist and thrive on the small screen, they didn’t really take advantage of its unique properties, instead serving up a miniature version of what you were already playing on PC.

More recently, the likes of MU Origin and Lineage 2: Revolution presented an alternative vision. Here were two mobile-first MMORPGs, which understood that many of us don’t have the time nor inclination to grind the hours away like we did as a kid. The solution? Autoplay. This nifty feature lets you kill countless monsters, collect the loot, and run a few dungeons with very little input.

At first, I was pretty taken with the idea. It still offered what I loved about MMORPGs: grind (yes, I do actually enjoy mindlessly butchering hundreds of monsters for incremental amounts of XP), gear, and grouping – the three Gs if you would. But, quite quickly, the whole experience grew sour around the same time as the money-grabbing became obvious.

Because it wasn’t long until this became just another feature you could heavily monetise, leading to tens, if not hundreds, of identical clones arriving on the scene in a race to the bottom for your cash. I’m not saying that they’re all bad games, and that none of them have a good idea or few that sets them apart. But there is an utter disregard for innovation or progression, with the only noticeable improvement being in the visual department.

That admittedly-long setup sums up my feelings towards the latest example of the genre, Bless Mobile. It’s a strikingly beautiful game – easily one of the best looking I’ve had the pleasure to encounter – but that’s all it really has going for it. It’s the exact same game I’ve played countless times at this point, and I’m, quite frankly, bored out of my mind of it.

What surprises me most is how little mobile MMORPG developers and publishers seem to understand their own audience – at least in the west. We just want a decent time waster that gives us the option to both grind the hours away while we’re doing something else, but also lets us take control and challenges us with exciting group content and PvP when we actually do have time to play. 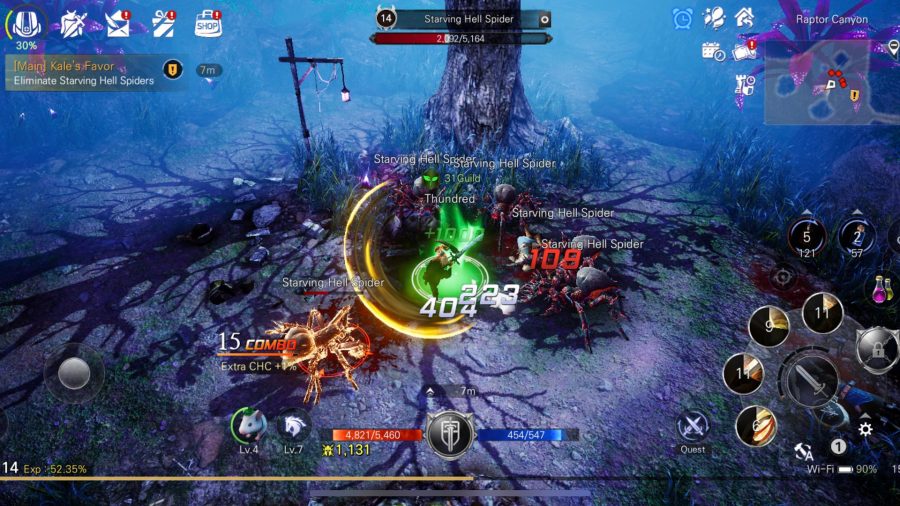 What do we get instead? An utterly nonsensical story that only serves to break up the flow of the grind. Then there’s the group content, which is so easy that it doesn’t require our input at all and thus misses the point entirely. That’s all without mentioning how fundamentally flawed the idea of tying progression to monetisation is. If grinding to increase power is your entire game and you can pay to bypass it, you’ve just made the entire experience meaningless.

Which class should you play? Well, we dig into the assortment on offer in our guide.

The most damning indictment I can lay at Bless Mobile’s door is that I’m the exact target audience for this type of game, and I just couldn’t be bothered with it. I went in hoping that it would offer something different, or, at the very least, understand what I was looking for, yet I was served up the exact same game I first played four years ago with Lineage 2: Revolution.

Here’s my experience with it so far: there’s an opening cutscene that introduces the world but loses me instantly because it’s so dull and rote. I then take on the first few quests, which involve teensy bits of action followed by badly-written dialogue that I just end up skipping. I quickly realise that, once I’ve completed a quest, it’s a minimum of four taps before I can take on the next one. What’s the point in autoplay if it isn’t automatic? I wonder. 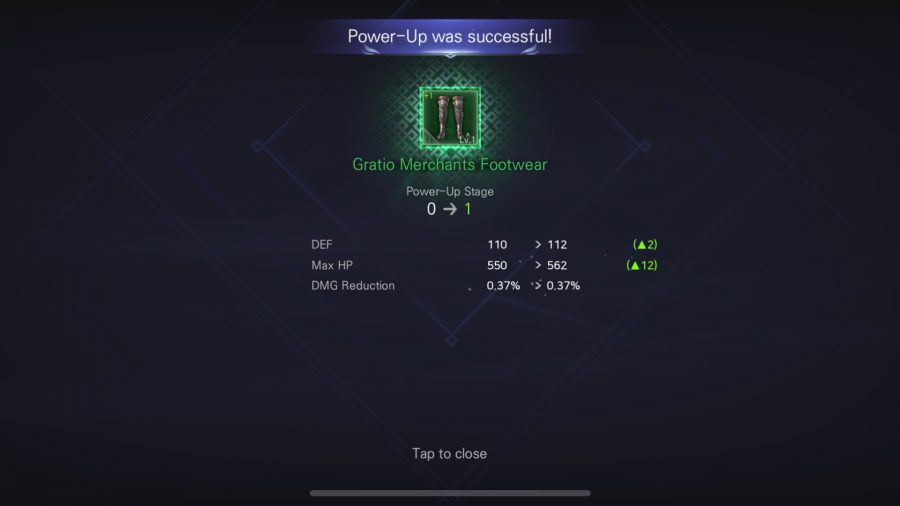 The combat is typically flashy and dramatic, and I do enjoy watching my guardian decimate monsters – at least until I’m interrupted by a tutorial that explains to me how to level up my armour, which is all too familiar. There’s scrolls, there’s success rates, and there’s eating gear I’ve already picked up to power up other gear. I don’t bother though, because I’ll be fine completing all of the PvE content with quest rewards, and I’ll ignore PvP entirely because I don’t want to fork out the money required to remain competitive there.

Then the myriad of other progression systems come into play. There are pets to collect, which might be exciting in Pokémon, but here it’s just gacha rubbish that, again, requires you to spend to make the most out of. There’s also an archangel system, which is quite cool, but, much like pets, is heavily monetised.

The combat is typically flashy and dramatic, and I do enjoy watching my guardian decimate monsters

I’ve progressed enough to tackle the adventure dungeons now, and, again, it’s familiar. A challenge tower that you fight in until it’s too hard (read: you haven’t spent enough), and easy PvE and PvP content that only gets hard if you want to progress past the spending limits. 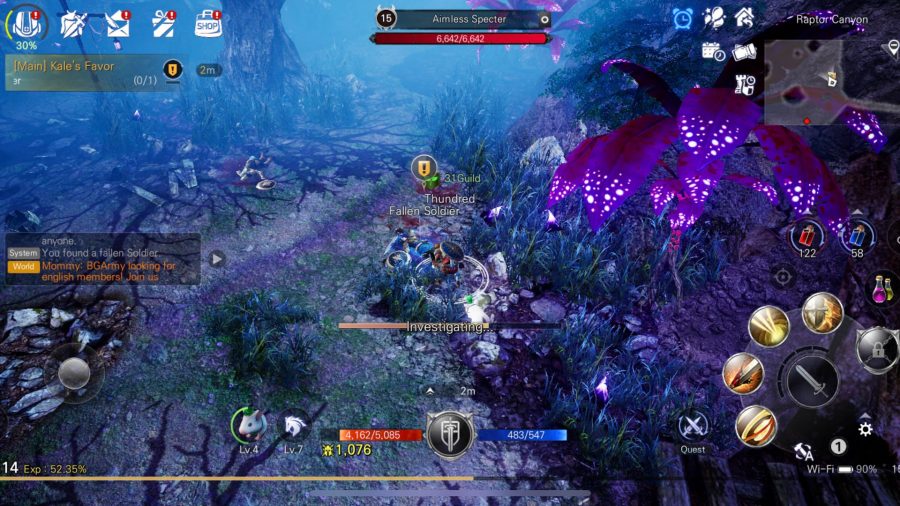 Ultimately, I’m not inspired. I’m, quite honestly, bored and numbed by this experience at this point. Even if I wasn’t, why would I play Bless Mobile when I have a maxed out Lineage 2: Revolution character I can play? Sure, it’s a lot prettier, but that only really serves to drain my battery faster while I’m not looking at the game play itself anyway.

If you’re one of the few mobile MMORPG fans who isn’t bored of this type of thing at this point, Bless Mobile is probably the best-looking example of it just yet, though it will take a while to catch up with the amount of content on offer as its siblings. For the rest of us, let’s hope that this is the last example of this utterly drained genre on mobile, and pray that innovation is around the corner.

If you've played a mobile MMORPG in the last five years, you've already played Bless Mobile. The only real difference is that Bless will drain your battery as fast as your wallet, which is the price of being the prettiest around