Polish developer Thing Trunk is on a mission. An ambitious mission to re-imagine classic games from the Golden Age of PC gaming. The plan is that the Return2Games series will consist of a total of seven games, that, as well as giving a nostalgia kick to veterans, will also attract a whole new audience. Book of Demons is the first in the series, with its hack and slash gameplay being a tribute to Diablo. Speaking of which, we’ve put together a list of the best games like Diablo on mobile. Take your pick.

The Return2Games series is set in the Paperverse, a charming land of pop-up-book landscapes and paper-thin characters. These characters are nicely illustrated, with the limited animation and OTT voiceovers evoking the atmosphere of a children’s puppet show. The inspiration may be Diablo but the style and gameplay are far more light-hearted and forgiving.

The quest begins in a desolate town, where the only inhabitants foolhardy enough to hang around are a healer, a barmaid, a sage, and a fortune teller. Everyone else seems to have, quite sensibly, scarpered to escape the wrath of the Archdemon. Everyone, that is, apart from our hero, who has taken it upon himself to save the day. You can exchange gossip with these characters, and if you cross their palms with silver, they can be persuaded to help you in various ways.

After leaving the village, the only option is to explore the basement of the town’s Cathedral. You will soon discover that the gossip is true and that a Gordon Ramsay-style demon lurks in the maze of corridors, preparing meals of human flesh for his master (at least Veganuary is behind us). Moving ever downwards, the next stop is the catacombs, where an army of the dead has been resurrected by the Antipope. The final port of call is Hell itself for a showdown with the Archdemon.

The tutorial has been thoughtfully constructed, using waypoints to guide you through a level. Each point of interest opens an explanation window, complete with illustrative examples. It is not a hard game to fathom, but this well-crafted introduction gives you every confidence in the designers, making you eager to get hacking and slashing.

Navigation is made simple by the inclusion of a mini-map and footprints that enable easy retracing of your path. A checklist of valuable items and their vicinity ensures that no plunder is left unplundered. One type of treasure that is especially useful are item cards. These are often found on bookshelves and can be placed into any free slots. 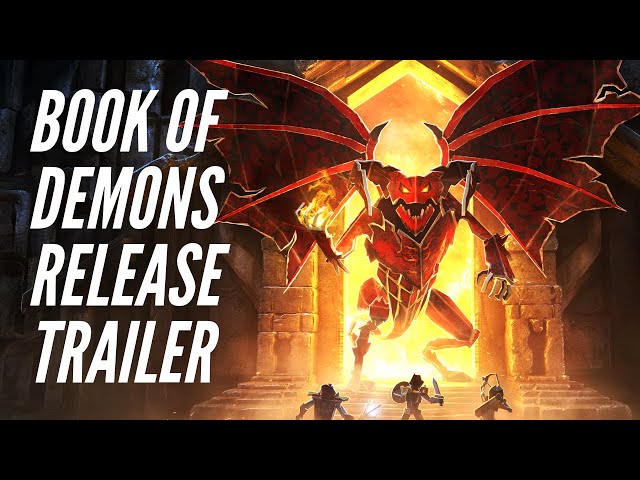 You will soon have more cards than slots but, luckily, you can pay the Sage to open extra slots. There are three types of cards; items, spells, and artefacts. Items such as healing potions will have limited doses, but they can be refilled by the fortune teller.

Spells require mana to cast and artefacts provide passive background benefits, such as a lucky rabbit foot (unless you are the rabbit) that provides some protection from critical strikes. You will have to pay the sage to identify some cards and the fortune teller can also use runes to increase a card’s level. Even during combat, you can still juggle cards between slots, which provides some extra flexibility.

Initially, the only choice is to play as a sword-wielding warrior but, later, you can unlock a rogue who comes armed with a bow and a spellcasting wizard, who, rather incongruously, has a strong resemblance to Mr T. The procedurally generated isometric dungeons take an on-rails approach with a simple tap moving your hero of choice through the mostly linear corridors. Your character will stop at junctions and a quick tap will also bring him to a halt. 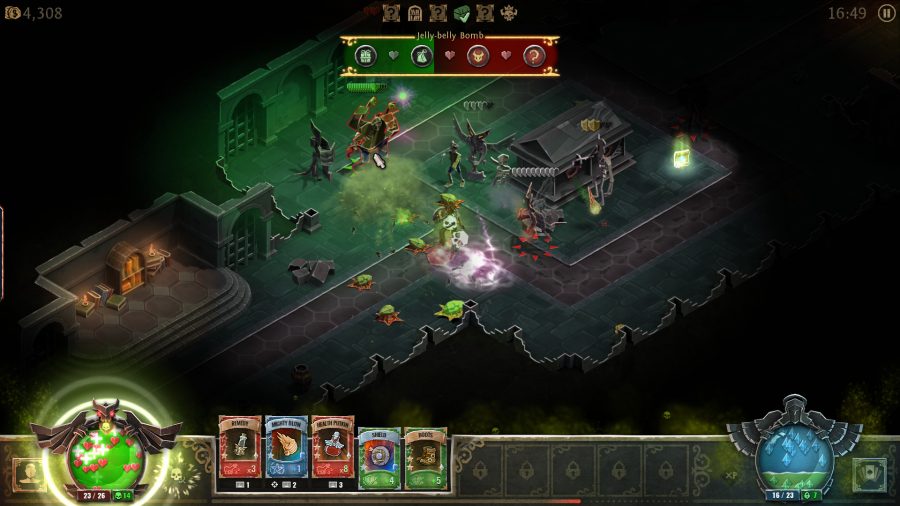 A tap will also attack enemies, open chests, examine features, and do pretty much everything else that you could wish to do. Once an enemy is selected, your character will continue to attack automatically but you also have the option to speed up the assault by tapping and holding. Some enemies are heavily armoured or cast spells; you will need to focus your initial attacks on destroying these attributes before you can begin to inflict damage.

It’s starting to sound a little bit like an RPG, isn’t it? If that’s your jam, we’ve got plenty of options for you to choose from in our best mobile RPGs list.

Despite its accessibility, Book of Demons can still offer a stiff challenge. There are three difficulty settings and the deeper dungeon levels will assail you with enemies and spells to the extent that the screen begins to resemble a bullet hell shooter. When things get too chaotic the temptation is to tap wildly and hope for the best, but it is usually best to take a little more care.

Some monsters will carry shields or get really angry if you attack them too rapidly. Others will explode in clouds of poison or drop from above, stunning you for a short time. Don’t be misled by the rather silly names of the bosses either, they can also be formidable adversaries, with their own special abilities. Most have several stages, sometimes they will be linked to other enemies that have to be defeated first or they will have their own invulnerable spheres of influence. It certainly adds a bit more depth to the central mechanic. 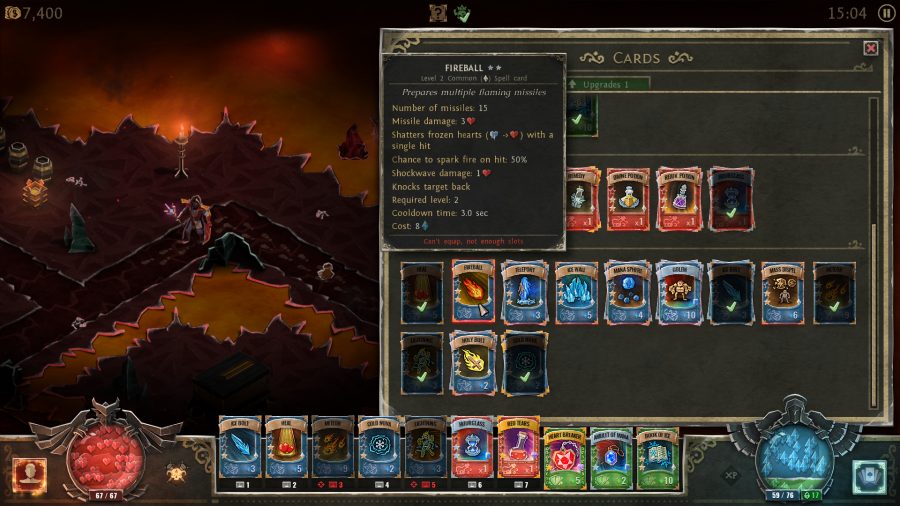 That said, things never become frustratingly difficult. There are plenty of opportunities to visit the numerous fountains that restore health and mana. Even death need not be final. Reach the point of your demise, marked by a tombstone, and all your processions can be reacquired. The developers really have strived to make the game as approachable as possible. Their flexiscope system even enables players to tailor the length of the game, whilst still ensuring a rewarding mix of challenges and booty, whatever your time constraints.

There is much more to Book of Demons than initial impressions suggest. It can feel a little repetitive and automated at times, but thoughtful design decisions help to maintain interest. With three significantly different characters, each with their own signature cards and three levels of difficulty the game certainly warrants replaying even after completing your first eight-hour run through.

A considered and worthy homage to the action-roleplaying genre, here’s hoping that the rest of the series expands on these good ideas.