She is often depicted in the games as the damsel in distress who needs saving. In BotW, Zelda continues to steer into that narrative, but this time around she also plays a more pivotal role from the very beginning, as you hear her mysterious voice guiding Link out of his slumber.

While you eagerly await the arrival of BotW 2, it wouldn’t hurt to get as clued up as possible on the game if you’re yet to play it. That’s why we’ve put together a guide of all things Breath of the Wild Zelda for your perusal. So, read on below to find out more about Princess Zelda’s life story, her personality, what abilities she possesses, and what her role is within The Legend of Zelda: Breath of the Wild.

What is BotW Zelda’s backstory?

In the timeline of the series, Princess Zelda is an ancestor of the Royal Family of Hyrule and is said to be the mortal incarnation of the Goddess Hylia.

Since Zelda was seven-years-old, a year after her mother passed away, she began training and harnessing her sealing powers that were passed down her royal bloodline in order to protect the Kingdom of Hyrule. Without her mother, she had to learn how to use her sacred power on her own.

A century before BotW, Zelda met with the champions and went on a journey to learn everything she could about the ancient relics that could help her stop Ganon. At this point in her life, she meets Link, who is appointed her knight and personal guard.

Throughout the timeline of the series, Princess Zelda and Link spark a relationship that helps both of them awaken their abilities. For Zelda, these abilities are legendary. They both use these abilities to fight against Ganon and protect the Kingdom of Hyrule. 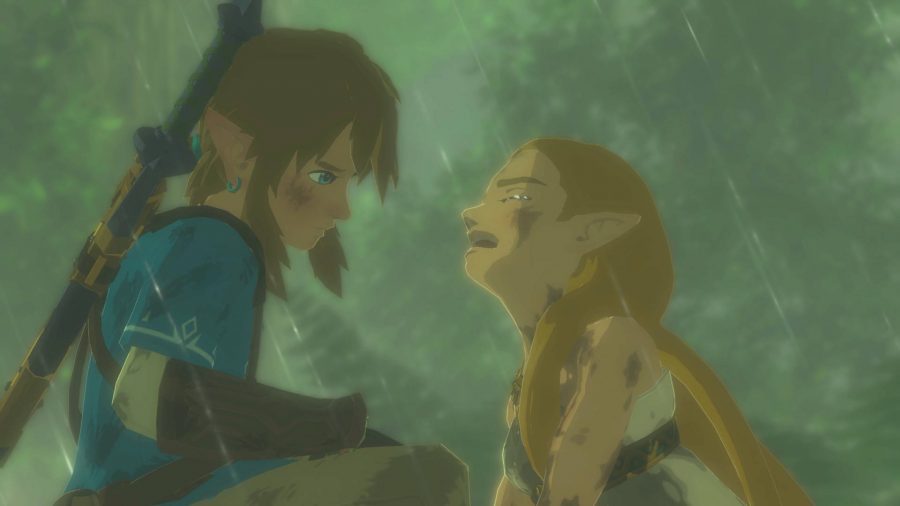 Princess Zelda is depicted throughout the Kingdom of Hyrule as a kind and benevolent ruler. She is caring, gracious, and feels a deep love for the people she rules over. She’s also incredibly wise and curious. Princess Zelda is one of the three main characters as well as the eponymous character of the games. As a random fact, learned during Breath of the Wild, she also loves fruitcake (as found in a book in the library of Hyrule Castle).

What is BotW Zelda’s story within the game?

Zelda is not only the Princess of Hyrule. She’s also the leader of the Champions of Hyrule, an aspiring scholar, and the mysterious voice leading Link through Breath of the Wild.

The Legend of Zelda: Breath of the Wild begins with Link awakening from a deep slumber in the Shrine of Resurrection. He hears Princess Zelda’s voice which guides him throughout his journey in the game.

Zelda has spent 100 years inside Hyrule Castle, as she restrains Calamity Ganon from escaping and destroying Hyrule. During the game, Princess Zelda and Link work together to take on Calamity Ganon in a bid to restore Hyrule to its former glory.

What are Breath of the Wild Zelda’s abilities?

Princess Zelda possesses both physical and magical abilities. A few of which are listed below:

Want to know more about characters in The Legend of Zelda: Breath of the Wild? Why not check out our ultimate guide to BotW Link next.