Chocobo GP has you taking to some familiar streets as a variety of your favourite characters from the Final Fantasy series. There are numerous game modes that allow you to race against folks all around the world, or you can just keep to yourself and complete a charming story. But, is there much more to it than that?

I began my time with Chocobo GP by heading to the tracks in story mode. This starts with a surprisingly difficult tutorial segment that attempts to teach you how to drift, but if you make a mistake, it sends you right back to the start of the track. I may be showing my level of skill here, but it probably took me over ten fruitless attempts to continue on with story chapters.

Despite this, after I managed to get past the first chapter, I got to try out a couple of different characters to progress through the story, my favourite being an adorable fat Chocobo named Clair. The premise of the story is that you’re on a journey through far and distant lands to get to a race, where if you win, you’re granted your wildest fantasy.

Along the way, a mysterious villain named Gilgamesh tries to deter you, but our heroes never give this bumbling multi-armed man the time of day. There’s a lot of self aware, slapstick comedy to be found before and after races in story mode, as every time you see Gilgamesh, the entire cast of characters all say, “who are you?”, despite having met the villain numerous times. 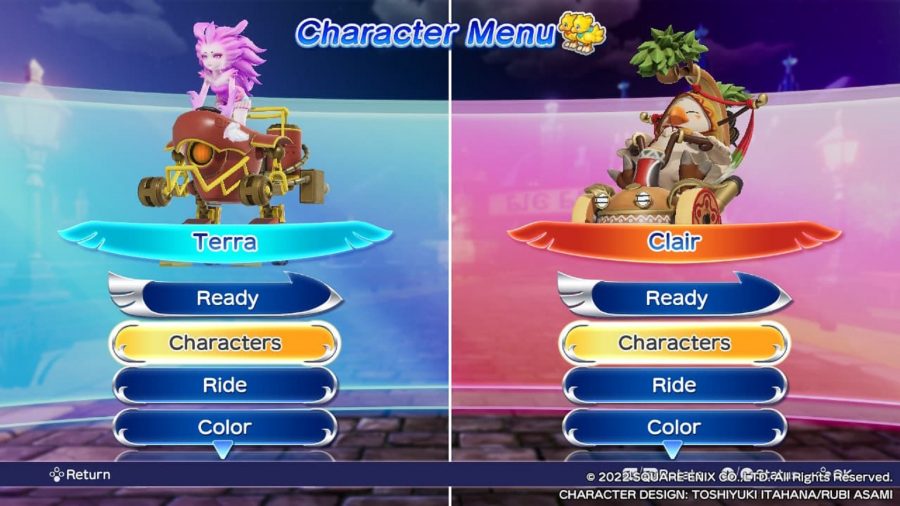 The jokes definitely aren’t for everyone, and I did cringe from time to time, but I very much appreciate the few references to older Final Fantasy games sprinkled throughout. I think a younger audience would definitely enjoy the back and forth between the characters more, but they may miss some of the niche references to older Final Fantasy titles.

Once I completed the story and unlocked a variety of characters, I decided it was time to partake in the titular Chocobo GP. This mode tasks you with finishing in the top four places of three races, before you enter the final, where you must take the crown for a grand prize. So far, I’ve raced in the Chocobo GP over 50 times, and only made it to the final once. I’m not sure if everyone else is really good, or I’m just not great… I’ll let you decide.

I will say though, I definitely am getting better over time. My drifting is getting more and more precise, I’m learning the best time to use my skills and magic, and I can almost always make it through the first heat of races, sometimes even in first place. So, if you’re feeling a little disheartened, I highly recommend sticking with it and honing your skills. Or just return to the story and get some more practice in. 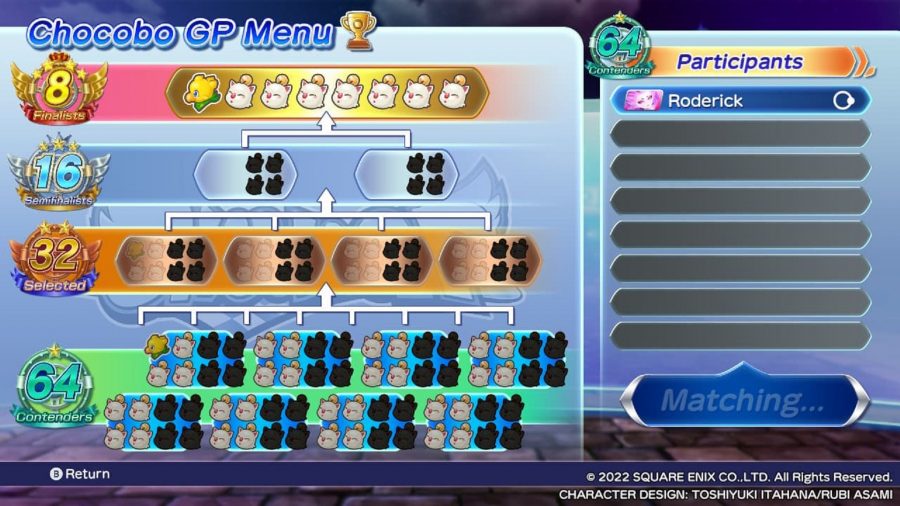 The main reason to compete in the Chocobo GP at the moment is for the rewards featured in the season one prize pass. With this pass, you can spend your hard-earned coins on Squall from Final Fantasy VIII, and level up by completing tasks in the GP to receive Cloud from Final Fantasy VII. Both of these fan favourites are reason enough for me to sink many hours into the game, though it can be a mighty slog to get Cloud, so be warned.

I dabbled less in the time attack, series race, and custom race modes, but they’re a bit of fun if you want a quick match or two. You’re able to play the series and custom races in couch co-op as well, which is great if you’re competitive and want to show off how well you can drift to a buddy. The custom races are perfect if you want to set certain parameters to improve on different aspects of the game.

The game has moderate replayability. I plan to complete the story for a second time at a tougher difficulty level, and will continue to compete in the Chocobo GP for many more hours to come. It’s also bound to make an appearance after a few drinks on the weekend, so my friends and I can safely take to the road. 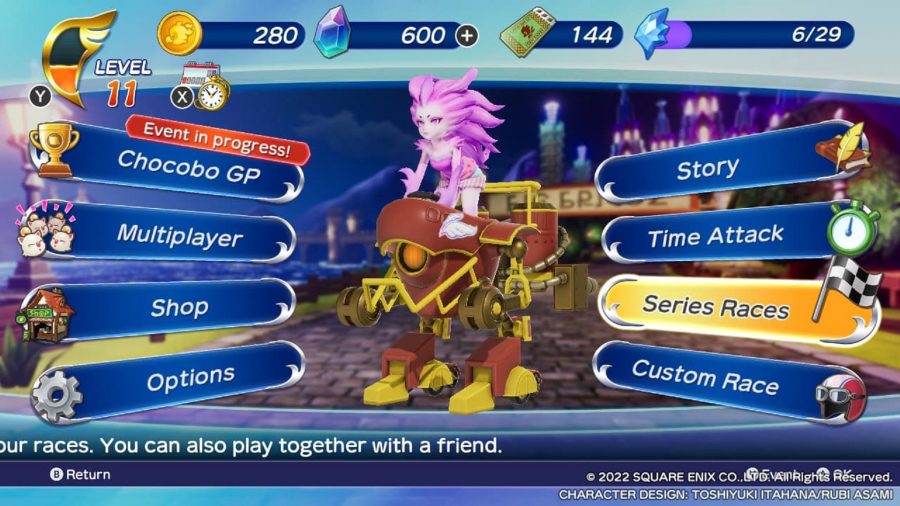 So far, I’ve very much enjoyed my time with Chocobo GP and look forward to seeing what characters make their way into the game in future seasons. I highly recommend you pick up the lite version and give the game a go if you’re curious. If you’re playing with kids, definitely grab the full version so you can experience the charming story and give your family their first glimpse into the magical world of Final Fantasy.

Chocobo GP has a charming story and the tournament is sure to keep you occupied for many hours. It’s a great first foray into the world of Final Fantasy for young gamers.