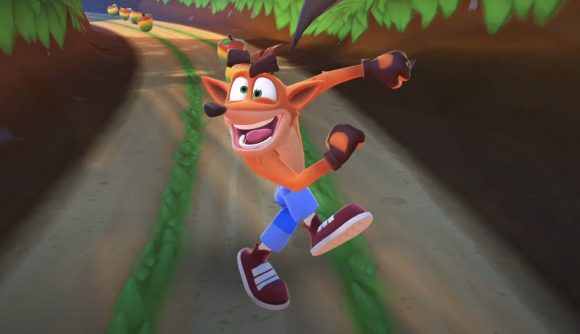 The free-to-play title, Crash Bandicoot: On the Run is available now on iOS and Android devices! Journey through the Wumpa Archipelago and visit memorable locations such as Temple Ruins, Turtle Woods, The Lost City, and much more.

You can expect to do a whole lot of sprinting, jumping, and sliding as you attempt to overcome obstacles and complete tricky levels for neat rewards. The series’ popular boss battles also make a return, with familiar favourites like Scorporilla, Nitrus Brio, Nina Cortex, Dingodile, and Fake Crash all set to feature.

We first heard about the new Crash Bandicoot mobile game back in February of last year, when rumours started circulating that Candy Crush’s King was at the helm. If you’ve been patiently awaiting the game since then, head over to the App Store or Google Play to download the title now.

For those of you curious about Crash Bandicoot: On the Run, check out the game’s latest trailer below. It gives us a good look at its core running action and varied levels.

We’ve also got some other great recommendations for endless runners in our list of the best Android games. Check ’em out!