With the recent exceptions of Thumper and Sayonara Wild Hearts, I’m not someone who plays a lot of rhythm games. This is partially because I have a love/hate relationship with them. As soon as I start playing I find myself falling down the rhythm game rabbit hole of addiction and trying to max out scores before I eventually manage to pull myself away. Because of this, I’ve never found a rhythm game that fits into my day-to-day life. That was until I found Cytus 2.

I discovered Rayark’s 2018 mobile rhythm game at the perfect time, really. Lockdown had just begun due to COVID-19 and I suddenly found myself in an especially quiet world. Just like everyone else, I was isolated in my home, with few people to talk to, no films to go and see, or live music to watch. For many people, I think, this year has felt like stasis – waiting for something to end, and for life to begin again.

But this is when Cytus 2 blasted its way into my consciousness, with its over-the-top characters, frantic rhythm play, and its very human stories told through sound.

Cytus 2 is set in future version of earth, where humans have reached a pinnacle of internet connectivity, allowing them to exist in both reality and cyTus: a virtual space. The main plot focuses around uncovering the identity of a mysterious DJ known as Aesir, who is responsible for wiping the memories of thousands during a music festival. But the plot becomes far more complex, and various side-stories reveal themselves as the game goes on.

Cytus stood out to me partly because it was the first rhythm game I’d played on mobile, and I never realised how well suited this platform is for music play. You just take your phone out of your pocket, lay it on a table, and you have a platform to tap out a quick song or two. But what really stuck with me about Cytus 2 is the way it interweaves music, narrative, and character. 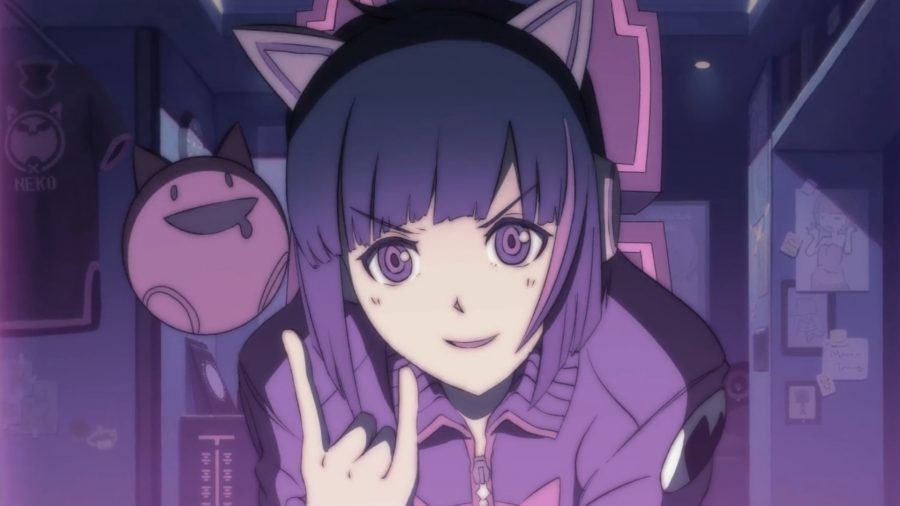 I’d never really considered that a rhythm game could be narrative in a non-linear sense. Look at Sayonara Wild Hearts and you see a game with a great story, but it’s fixed, only able to show you a single perspective running through the game. What Cytus 2 does instead is build a narrative through its many characters, each of whom have their own particular set of songs and musical style.

These characters are streamers, idols, bass players, bands, and classical musicians, and playing through their songs unlocks new information about each one. These details could be small scenes that you read, videos, or diary entries, but they each offer backstories for the characters, and help you begin to see how they fit in the grand scheme of things. These scenes also unlock new songs, which are themed specifically around these events. A character might find a stray cat and take it home, for example, and so the song you unlock is about that. 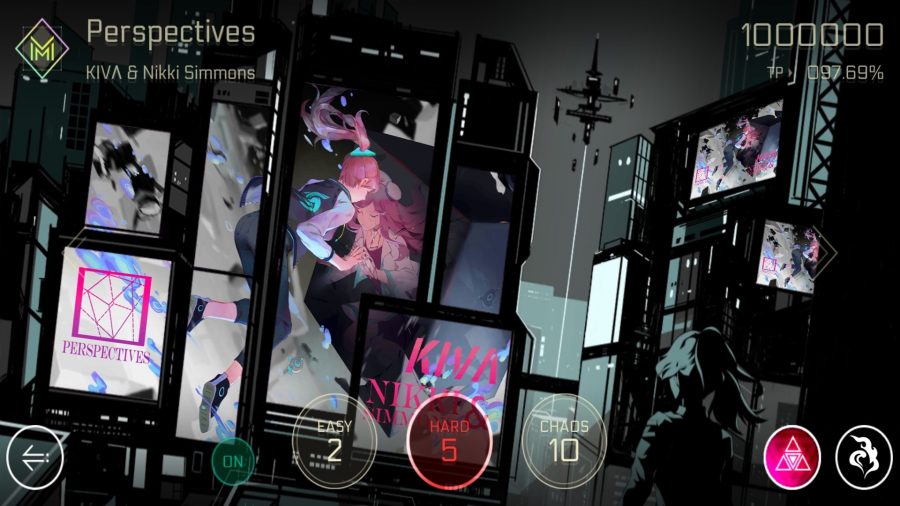 It’s an amazing narrative system that allows you to hop between characters, unlocking story as you go. Each character menu is also wonderful, and shows a little scene on repeat of them working at a computer, or lying on their bed, or looking out across the city. These menus really remind me of the lo-fi hip hop channels you find on YouTube, like ChilledCow, which play music as a character in the video just hangs out – it really fits with game’s art style and anime aesthetic.

But as time went on, I started to realise there was another reason I was playing Cytus 2 everyday. Though set in a post-apocalyptic future, at its heart, Cytus is about people trying to rationalize human struggles through sound. Whether it’s dealing with your parent’s expectations, a break up, or recovering from an accident, the struggles in Cytus still feel human in spite of its futuristic setting. What’s more, these characters create music because of what they’re going through, and being able to play those songs in the game makes you feel like you’re part of those stories, too. 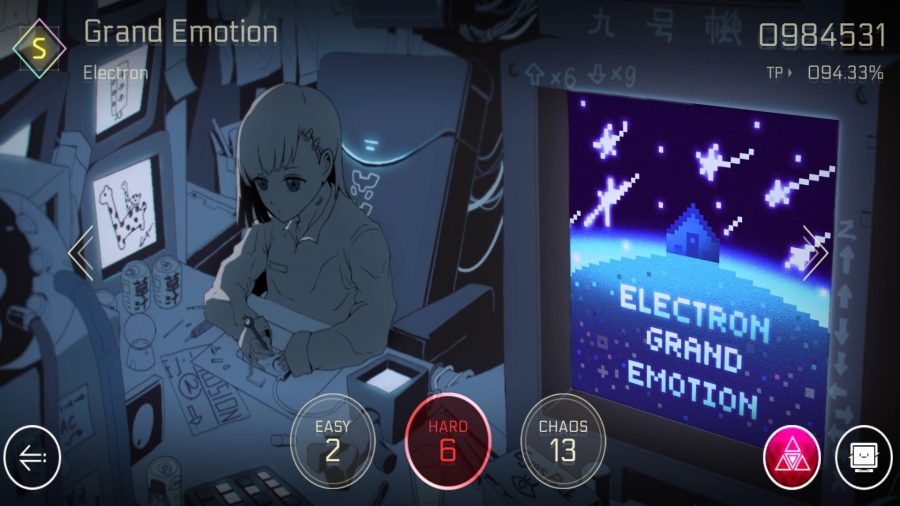 Cytus 2 is melodramatic at times, and I think that’s partly because its translation isn’t always consistent, which is perhaps understandable in a game with this much text. I also have some issues with its monetisation, where it’s cheap to buy, but extra characters cost a lot more. But I found I didn’t really care about these things in the end. During the quiet, static isolation of 2020’s pandemic, Cytus 2 gave me sound. It gave me dramatic stories of people trying their best to deal with the messiness of life. It reminded me that in spite of 2020, life will find a way to continue. And that’s valuable.