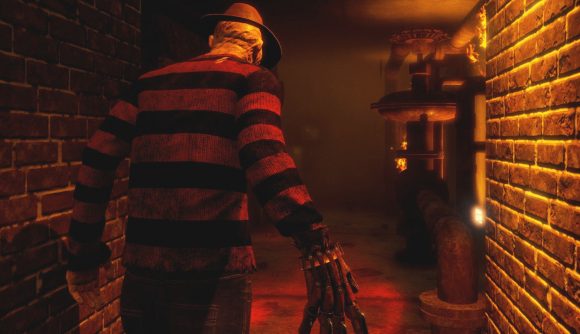 Thanks to Bleeding Cool, we know that a special Bloodfeast event will mark the arrival of The Nightmare and Quentin, rewarding you with triple the Bloodpoints and experience while playing as either of the new characters. The Bloodfeast runs until February 28, so make sure you take full advantage of it while you can.

The final new addition is a Nea ‘Graff-Crafter’ outfit. This is one of the most popular ever released in Dead by Daylight, featuring Nea wearing a gas mask and wielding a can of spray paint. You can pick up the new outfit when the A Nightmare on Elm Street chapter kicks off.

We don’t have any footage of Freddy in action as of yet, but you can find the teaser trailer below.

You don’t have long to wait before the new chapter releases, but if you’re looking for something to play in the meantime, be sure to take a look at our list of the best mobile multiplayer games on iOS and Android.