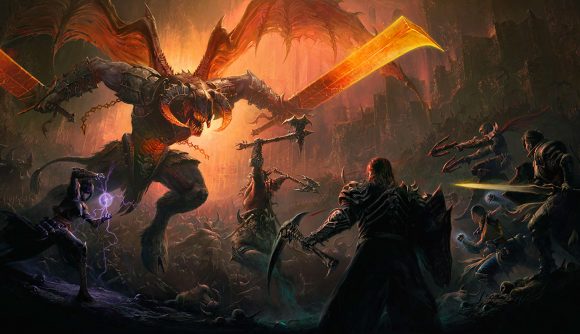 Diablo Immortal’s second closed alpha test is now open to select Android players in Australia. In a new blog post, Blizzard details some of the fresh additions you can expect to see in the latest build, including a new class and even a bit of endgame content.

At launch, Diablo Immortal will feature six playable character classes, though only five of them are available in the current alpha test: the Barbarian, Monk, Demon Hunter, Wizard, and Crusader. Blizzard has also now raised the level cap from 45 to 55 in this latest build.

Outside of the primary campaign, Diablo Immortal features a host of side content to get stuck into, such as quests, dungeons, and bosses found off the beaten path. There’s also a hub area where you can meet up with other players and relax between adventures. In terms of other side content, the game offers Elder Rifts, which are short, randomised experiences where you can farm a bunch of XP and loot. A new item type known as ‘Crests’ allow you to modify these Rifts, altering their level of challenge.

The latest alpha introduces two additional regions: Mount Zavain and the Frozen Tundra. The former is home to the game’s monks, while the latter is filled with barbarians. Plus, there’s a new dungeon here called the Cavern of Echoes.

This also marks the first time that we’ve seen Diablo Immortal’s faction-based PvP mode: the Cycle of Strife. Here you’ll choose between the Immortals and the Shadows, then complete various daily tasks to aid your side. Before taking part in the Cycle of Strife, however, it might be a good idea to put your skills to the test in the game’s 8v8 Battleground mode.

Another new system featured in the latest test only appears once you’ve completed the campaign. The Helliquary is a device that allows you to locate and trap powerful demons, netting you their abilities in the process. That’s assuming you can defeat them first, of course. 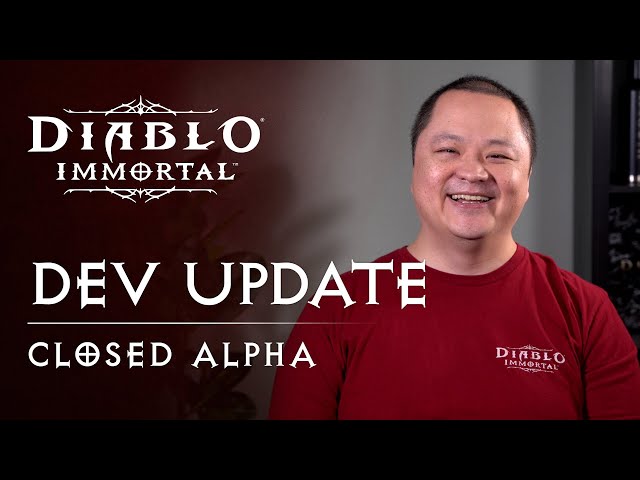 Notably, legendary gear in Diablo Immortal cannot be traded, meaning you’ll have to venture out and acquire it yourself. With trading off the table, Immortal instead offers an extensive crafting system.

This allows you to break down your unwanted gear to its core components and use them to level up your favourite weapons and armour. At set levels, your gear will gain a random bonus property, but, for the most part, the item levelling system provides small stat boosts.

Immortal also reworks Diablo 3’s Paragon system. There will be a variety of Paragon trees to invest in once you’ve hit the level cap, each suited to a different playstyle. This should help to flesh out the late and endgame experience.

And last, but by no means least, the base game and all future content updates will be free. New classes will be available to everyone without requiring an in-game purchase, and there will be no energy system in place to limit playtime. The game will have a battle pass, and the aforementioned Crests will also be available as IAPs.

There’s clearly a lot of promise here, and Immortal sounds increasingly like a fully-fledged Diablo experience, one that aims to fill in the events between the second and third games.

With the Diablo Immortal release date still unknown, this sudden drop of fresh info is very welcome indeed. If you haven’t done so already, you can register your interest over on the game’s official site or Google Play page. While you wait, be sure to check out our list of the best games like Diablo on mobile or our guide for all of the Diablo Immortal classes. Enjoy!